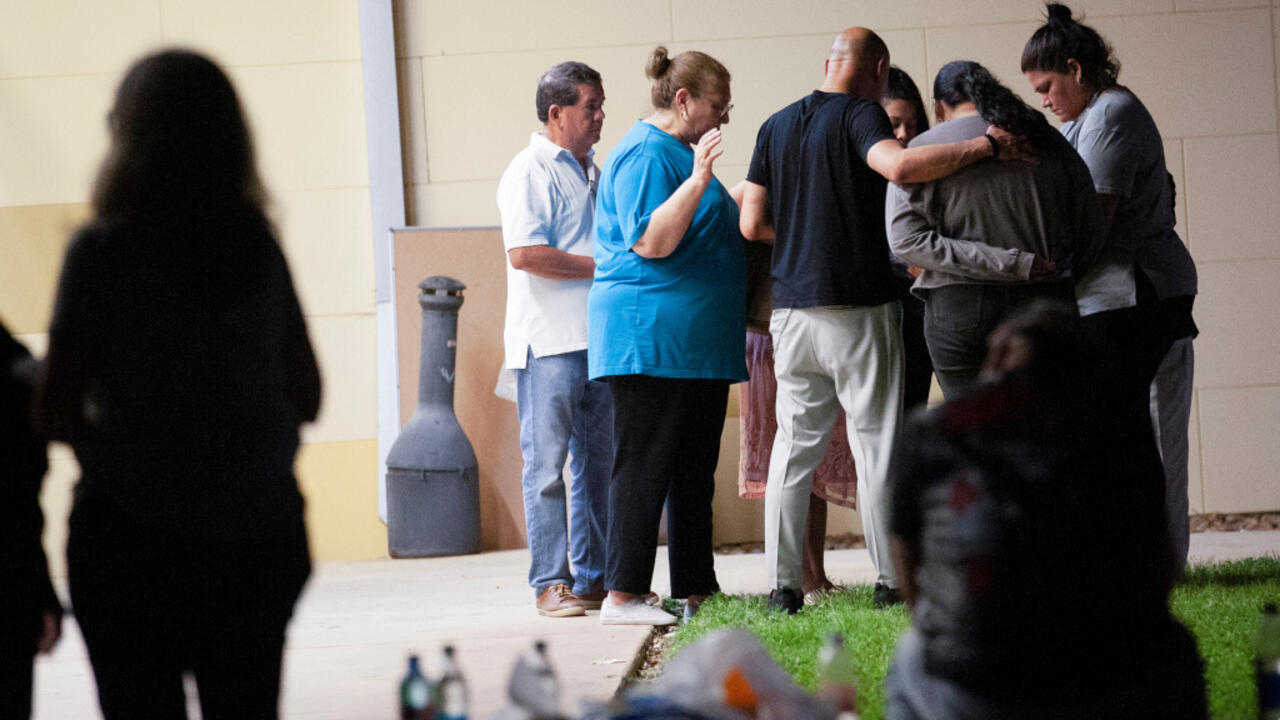 In the spotlight: the Uvalde massacre in Texas

It is located about 140 kilometers west of San Antonio, towards the Mexican border.

This is where the Robb Elementary School is located, a public school with 570 students, mainly of Hispanic origin, from modest or disadvantaged backgrounds.

Salvador Ramos, a resident of Uvalde, had just turned 18 and was attending a high school in the city.

Le Monde, after shooting his grandmother at her home for an as yet unknown reason, the young man went in his gray pick-up near the primary school.

It is unclear whether he had chosen this specific target premeditated.

He left the car in a ditch.

He entered the building and wreaked havoc.

In total, at least 19 children, between 7 and 10 years old, were killed, as well as two adults.

Barricaded in a room, the killer ended up being shot by the police.

“When are we going to face the gun lobby?

This is the question everyone is asking.

Why such repeated massacres in the United States?

This kind of mass killing happens almost nowhere else in the world.

They have mental health issues.

They have family conflicts in other countries.

'They have lost people'.

At this stage, Joe Biden has remained with the observation and the call to prayer for the victims and their loved ones.

The American president then “

delivered a speech full of emotion and sorrow.

'As a nation we have to ask ourselves: when for God's sake are we going to face the gun lobby?'

that an 18-year-old kid could walk into an arms store and buy two assault rifles is simply unacceptable.

No leeway in Congress...

An angry tone to denounce the various oppositions to the regulation of the sale of arms, the gunsmith lobbies and the profits made by the manufacturers of assault rifles thanks to two decades of aggressive marketing;

an industry he called on 'everyone to have the courage to stand up to': 'It's time to turn pain into action'.

Liberation, by the frightened voices of Fox News to 'politicize' the horror and the time of mourning 'in order to divide the country'.

dared Tucker Carlson, star columnist and spokesperson for the extreme right within the conservative channel.

Joe Biden knows the almost total lack of room for maneuver of the executive power in such matters, since he does not have a large majority in Congress to give an echo to his indignation and declarations of intent to stay dead letter.

And it is even rather the opposite movement that threatens,

, while the Supreme Court, largely in the hands of reactionary judges, seems on the point of speaking out against state restrictions aimed at the circulation of firearms.

In France, the broken down hospital…

Also on the front page in France: curtain on emergencies…

The equation is simple,

always more patients, always fewer doctors, and it is irremediable, filtered accesses and cascading closures in the emergency services, the first link in the hospital chain.

Already 120 emergency services are forced to limit their activity or are preparing to do so.

This is almost 20% of the approximately 620 hospitals hosting emergencies.

No territory is spared, with 60 departments affected in all regions.

When will there be a comprehensive reform?

Lack of staff, the hospital on the verge of asphyxiation

Because it's not just emergencies… “

The French public hospital is sick.

Beds are closed in three-quarters of the country's establishments, operating theaters are idling, the absenteeism rate is exploding... The malaise is such that the coming summer is envisaged with the greatest concern.

In the opinion of all health professionals, it will be difficult to cope with a rebound in the pandemic or a strong heat wave.

it is a general reform that should be undertaken for less bureaucracy - a third of employees are not caregivers - and more consideration, better regulation of emergency room admissions and a more effective cooperation between the public and the private sector, without forgetting the fight against medical deserts.

He has reached his limits.