Ego I absolve you, María Sevilla

The Government has pardoned the president of Infancia Libre, a woman who kidnapped her 11-year-old son and made him live in unfortunate clandestine conditions, without... 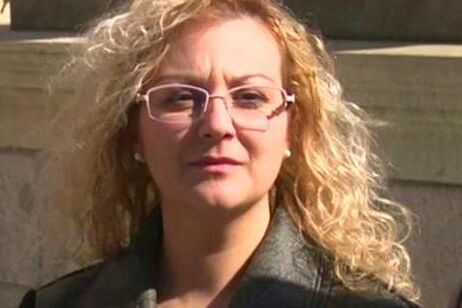 has pardoned the president of

, a woman who kidnapped her 11-year-old son and made him live in unfortunate clandestine conditions, without schooling or vaccinations, to prevent him from seeing his father.

She was sentenced to two and a half years in prison, four of loss of parental authority and two procedures for false complaint and procedural fraud still weigh on her.

of her proclaims the definitive victory over the

Cause the damage they cause in the adult socialists, all their neuras end up converted into law and that indicates that

it has assumed that, beyond the necessary transactions with the coalition partner, Montero is a generational advance guard and not an extravagance.

In short, soon all

The pardon reveals something much worse than the extension of a delusional conception of life.

That something has to do with the Government's relationship with Justice and even with democracy.

The procedures protect democracies from the

delusions of a ruler

and with this decision it is clear that this Executive does not conceive a brake on his delusions.

The leaders of the

were pardoned for the pure

, and particular, of Pedro Sánchez.

In my opinion, it is a form of corruption, but at least corruption requires that there be a corrupt foundation.

This is worse: the pardon of

does not corrupt but annihilates that foundation.

The pardon is not thought of as the autocratic disposition with which a government corrects the sentences that it dislikes.

The pardon recognizes the guilt of the accused and the

of the court that sentences him.

The Minister for Equality has referred to the condemned María Sevilla as "a protective mother" and the partial termination of her sentence as "a victory for feminists".

Far from regretting that she has committed any crime, she considers that she is the victim of a

The graceful measure of this Government is not even a camouflaged amnesty.

and pardon, they forgive: that is, they take the blame.

As much as she disguises herself with the subterfuges of a lawyer, the pardon of María Sevilla is the denial of a crime, the delegitimization of the court that condemns her and the contempt of the law that punishes her conduct.

A prerogative that is beyond the reach of a government and is therefore furiously anti-democratic.