Social networking sites in Lebanon were buzzing with a horrific video clip showing a problem that occurred between a number of students in front of a school in the southern suburbs of Beirut. 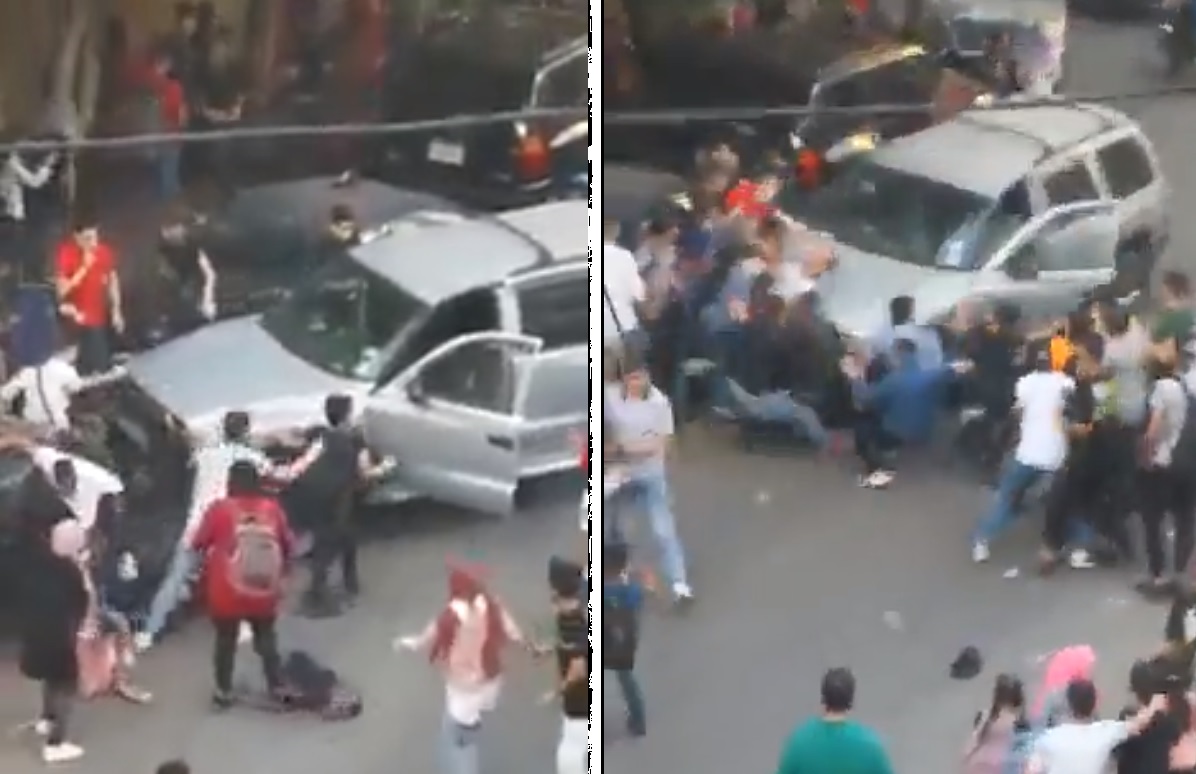 Social media sites in Lebanon were buzzing with a horrific video clip showing a problem that occurred between a number of students in front of a school in the southern suburbs of Beirut. Drive away the car to pick them up.

A video of a person who was observing the incident from a distance recorded what happened.

The General Directorate of the Internal Security Forces - Public Relations Division issued a statement confirming that the problem occurred in front of the second official mixed school of Burj Al-Barajneh, explaining that “as a result of the follow-up, it was found that at six o’clock yesterday a problem occurred in front of the aforementioned school between several people, including students, It was interspersed with the use of sharp instruments, and when one of the teachers left the school, she ran over them.”

A teacher ran over students in #Lebanon https://t.co/X7oSUmzeX3 #run over #accident

The statement added, "The woman came to the Al-Mareijah faction center in the regional gendarmerie unit and stated that when she left her workplace, she was surprised by what was happening in front of her, and she had a nervous fit while she was driving, as a result of witnessing a big problem in which dozens were fighting, so she lost control of her nerves, which led to a run-over. As a result of the accident, 4 people were injured, who were taken to the hospital for treatment, 2 of whom were discharged, while the other two remained for treatment, and their health condition is stable.”

And he concluded, "The teacher was left under investigation based on the reference of the competent judiciary, and the investigation is ongoing."

The representative of the "National Media Agency" reported that the problem occurred between Syrian students, during which one of the two sides of the dispute summoned people from the Zuaiter family, which led to a conflict with knives, and this coincided with the teacher (F. Z.) leaving the school, and she was surprised by what was happening, She lost control of her car.