“Monkeypox” .. Rodents are the main reservoir of the virus, and monkeys are innocent of spreading it

The World Health Organization said in a report on its website that there is no treatment or vaccine available to combat the disease, although the previous vaccination against smallpox proved highly effective in preventing monkeypox as well. The monkeypox virus is transmitted to humans from a variety of wild animals. , 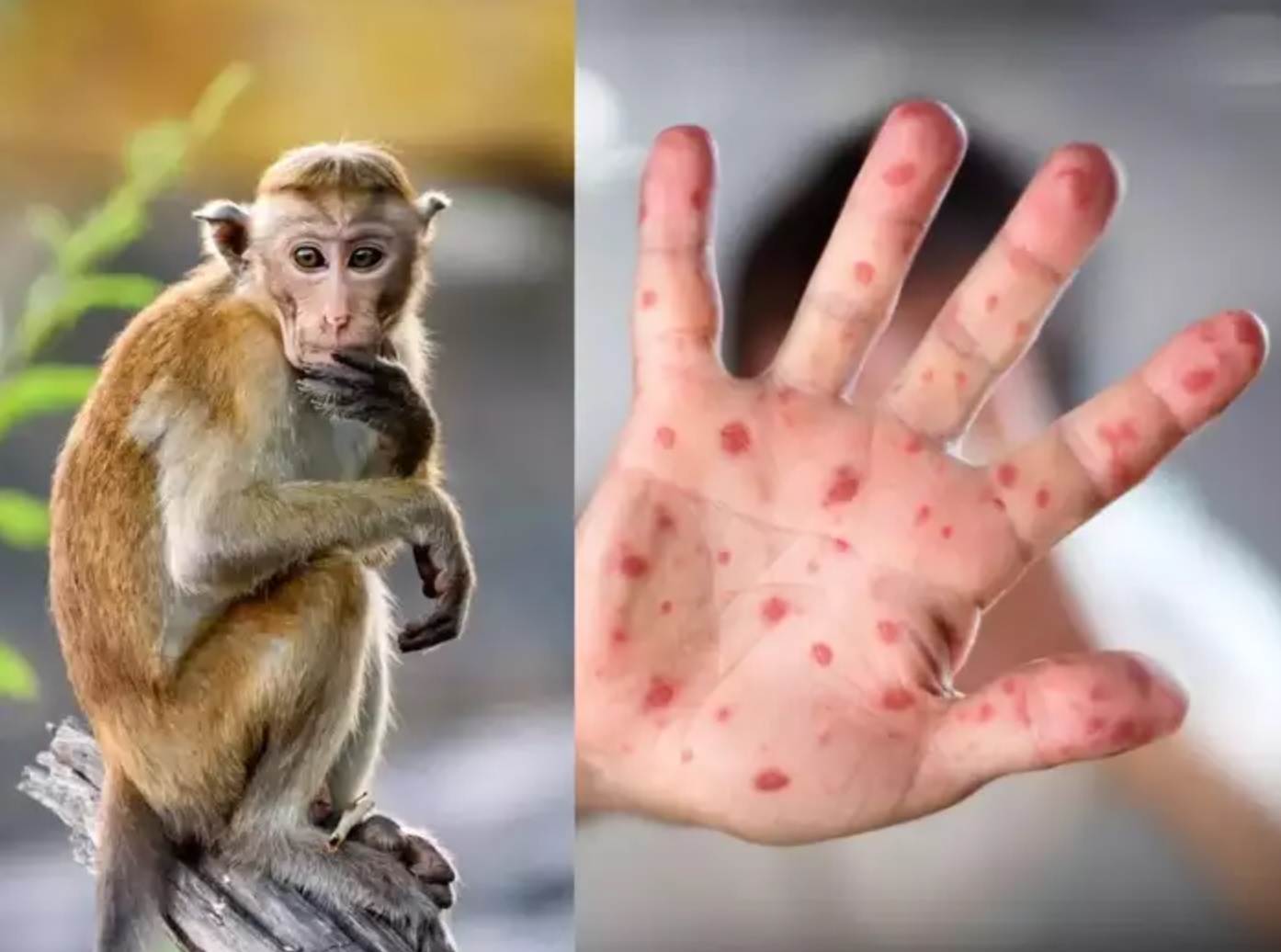 “Monkeypox” .. Rodents are the main reservoir of the virus, and monkeys are innocent of spreading it

The World Health Organization said in a report on its website that there is no treatment or vaccine available to combat the disease, although the previous vaccination against smallpox proved highly effective in preventing monkeypox as well.

Monkeypox virus is transmitted to humans from a variety of wild animals, while rodents are the main reservoir of the virus, but its spread at the secondary level is limited through transmission from one person to another.

Monkeypox is a rare disease that occurs primarily in remote areas of central and western Africa near tropical rainforests.

Monkeypox is a rare and zoonotic viral disease (the virus is transmitted from animals to humans) and the symptoms of human infection are similar to those seen in the past in patients with smallpox, but it is less severe.

Although smallpox was eradicated in 1980, monkeypox still occurs sporadically in some parts of Africa.

The monkeypox virus belongs to the genus Orthopoxvirus of the family Poxviruses.

This virus was first detected in 1985 at the State Institute of Serology in Copenhagen, Denmark, while investigating a smallpox-like disease among monkeys.

Monkeypox was first detected in humans in 1970 in the Democratic Republic of the Congo (known as Zaire at the time) in a 9-year-old boy who lived in an area where smallpox was eradicated in 1968.

Since then, most cases have been reported in the rainforest rural areas of the Congo Basin and West Africa, particularly in the Democratic Republic of the Congo, where it was thought to be endemic, where a major outbreak of the disease occurred in 1996 and 1997.

In the fall of 2003, confirmed cases of monkeypox were reported in the western-central region of the United States, indicating that it was the first reported case of the disease outside of Africa, and that most of the infected patients had had close contact with prairie dogs.

In 2005, an outbreak of monkeypox occurred in Unity State, Sudan, and sporadic cases were reported in other parts of Africa.

In 2009, an awareness campaign among refugees from the Democratic Republic of the Congo to the Republic of the Congo identified and confirmed two cases of monkeypox, while 26 cases and two deaths were contained in another outbreak of the disease in the Central African Republic between August and October 2016.

Infection with the disease results from indicative cases of direct contact with the blood of infected animals, their body fluids, their skin lesions, or their mucous fluids. In Africa, it has been documented cases of infection caused by handling monkeys, giant gambian rats or squirrels infected with the disease, bearing in mind that rodents are the main reservoir of the virus. .

It is possible that eating undercooked meat from infected animals is a risk factor associated with the disease.

Transmission of the disease at the secondary level or from person to person can result from intimate contact with the respiratory tract secretions of an infected person or its skin lesions, or from contact with objects that have recently been contaminated with the patient's fluids or pest-causing substances.

The disease is transmitted primarily through respiratory particles in the form of droplets that usually require long periods of face-to-face contact, exposing family members of active cases to a high risk of infection.

The disease can also be transmitted through vaccination or through the placenta (congenital monkeypox), and there is still no evidence that monkeypox can persist in human beings simply by transmission from one person to another.

Recent animal studies in the study of the model of transmission of monkeypox from prairie dogs to humans identified two different phases of viruses - the Congo Basin virus and West African phase - with the first phase being more virulent.

The incubation period for monkeypox (the period between infection and symptoms) ranges from 6 to 16 days, but can range from 5 to 21 days.

The infection stage can be divided into two periods as follows:

The number of lesions ranges from a few to several thousand, and they affect the mucous membranes of the mouth (in 70% of cases), the genitals (30%) and the conjunctiva of the eye (20%), as well as its cornea (eyeball).

Some patients develop severe swollen lymph nodes before the rash appears, a feature that distinguishes monkeypox from other similar diseases.

Monkeypox is usually a self-limited disease and symptoms last from 14 to 21 days, and severe cases of monkeys are more common in children, depending on the extent of exposure to the virus, the health status of the patient, and the severity of complications resulting from it.

People living in or near forested areas may have indirect or low levels of exposure to infected animals, potentially resulting in subclinical (asymptomatic) infection.

The case fatality rate varies greatly between epidemics, but its rate does not exceed 10% in documented cases, most of which occur among children.

In general, younger groups appear to be more sensitive to monkeypox.

Differential diagnoses to be considered include other rash diseases, such as smallpox, chickenpox, measles, bacterial dermatitis, scabies, syphilis, and drug allergies.

Enlargement of the lymph nodes during the onset of the disease may be a clinical feature that distinguishes it from smallpox.

Monkeypox can only be definitively diagnosed in a laboratory, where the virus infection can be diagnosed by a number of the following different tests:

There are no specific drugs or vaccines available to combat monkeypox infection, but outbreaks can be controlled.

In the past, vaccination against smallpox has been shown to be 85% effective in preventing monkeypox, but this vaccine is no longer available to the general public after vaccination with it was discontinued following the eradication of smallpox from the world.

However, prior vaccination against smallpox is likely to lead to a milder course of the disease.

In Africa, it has been shown that monkeypox infection is carried by many genera of the following animals: striped squirrels, tree squirrels, gambian rats, striped mice, dormouse and predators.

Doubts remain about the natural history of monkeypox virus and more studies are needed to determine exactly its reservoir and how it survives in nature.

There are those who believe in the United States that the virus was transmitted from African animals to a number of non-African animal species sensitive to the virus (such as prairie dogs) with which they shared a shelter.