Sobha Al Khaili organizes the "Pearl Necklace"... with memories and a life journey

In her new book, "The Pearl Necklace", Sheikha Sobha bint Muhammad Al Khaili aims to review aspects of her biography, memories and personal life experiences, noting that this book occupies a special place in herself that surpasses that of her previous books, as it reviews the experiences of her personal life that she presents. 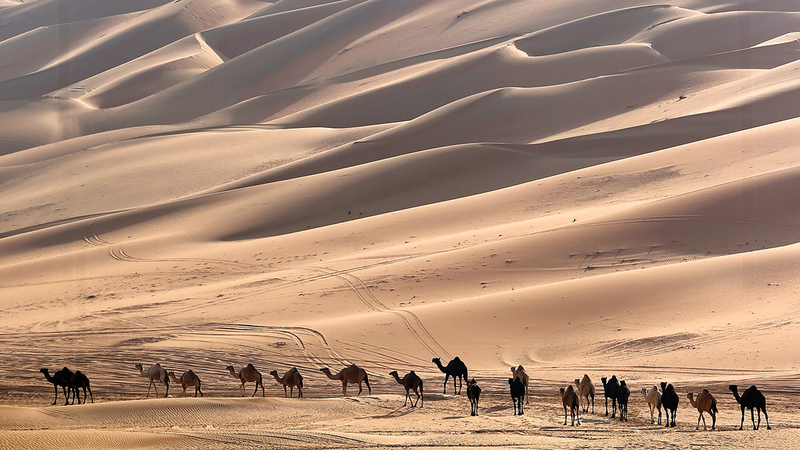 Sobha Al Khaili organizes the "Pearl Necklace"... with memories and a life journey

In her new book "The Pearl of the Pearl", Sheikha Sobha bint Muhammad Al Khaili aims to review aspects of her biography, memories and personal life experiences, noting that this book occupies a special place in herself that surpasses that of her previous books, as it reviews the experiences of her personal life that she presents to readers.

Sheikha Sobha explained that for a long time she has been occupied with the issue of people’s roles in life, and the importance of leaving a useful imprint for others, so she focused her thought on writing about the life of the Bedouins that she practiced and lived, adding: “I wanted to return a little favor to them. In recording my memories.

I hope to benefit everyone who reads my book, which deals directly or indirectly with the features of a time period that I lived between the desert and the city, and a life journey filled with many experiences.”

She continued in the introduction to the book, which was issued in conjunction with the Abu Dhabi International Book Fair in its 31st session: “Life is a school that draws from its sciences, and every person has a store of knowledge and creativity, and with wisdom he can make a lot, even if he does not obtain academic certificates, because this aspect develops it A person who is ambitious in himself and with a desire to work and strive to show and highlight this thought and creativity.

Sheikha Sobha indicated her belief that every person has a role in life, which is to prove his presence in society by attendance, interaction, diligence, tolerance and good dealing with those around him to be loved, and to be honest with himself by taking things seriously at work, until the time comes to reap the fruits of the days and reach dreams in Any field he likes.

It does not have to be a large place such as a ministry, an embassy or a government institution, it may be a small place, and this rule must be taken by a person in his life.

On choosing the title of the book;

Sheikha Sobha explained that pearls symbolize happiness and joy, as she feels pride and psychological comfort when she wears a necklace made of pearls. It was also the first valuable gift she received in her life, a pearl necklace given to her by her husband, Sheikh Saeed bin Shakhbut Al Nahyan, may God have mercy on him, and she still keeps it until right Now.

She continued: «I see that there is a similarity between the contract and the book in the sequence;

The first requires arranging its beads in a sequential manner so that it appears complete and beautiful, and my book also requires a sequential narration of the events of my life’s journey.”

From the desert, which she described as the school of life;

Sheikha Sobha sets out to narrate pages from her personal life, pointing to the memories that the Badia holds, where she was born and raised before she got married and moved to live in Qasr al-Hosn, stressing that she still carries many beautiful feelings for the Badia, recalling stories and situations from her childhood there, and her influence on the personality of her mother. Hamda bint Juma bin Nasser Al Khaili, and her father, Muhammad bin Jaber Al Khaili, who died at the age of eight.

She also spoke in the book about her marriage to Sheikh Saeed bin Shakhbut, may God have mercy on him, and her move after a while to Qasr al-Hosn, and other important events in her family life.

She also touched on travel and the benefits that she gained from her various travels, her relationship with nature and the kitchen, and her learning to write, read and write poetry.

The book is not limited to the biography of its owner only, as she was keen to present in it a lot of rich information about life in the ancient desert, the most prominent female personalities that she experienced, the characteristics and morals of the people of the desert, and the difficulties they faced due to the harshness of life and the harshness of life at that time, including It expresses her adherence to the original heritage and her keenness to introduce it.

Sheikha Sobha Al-Khaili, in addition to the 229-page book "The Pearl of the Pearl" published by "Medad", and edited by Fatima Al-Nazuri, issued other books: "Wain Al-Tarush", "Win is the horse is the medicine for the sick", "Kharif", and "Nahyan" Bin Mubarak is a man of tolerance.

The author of the book:

“Life is a school that draws from its sciences, and every person has a store of knowledge and creativity, and with wisdom he can make a lot.”