The spokesman for United We Can in Congress, Pablo Echenique, has asked the PSOE to rectify the Audiovisual Law, which is being debated this Thursday, May 26 in the plenary session of Congress,... 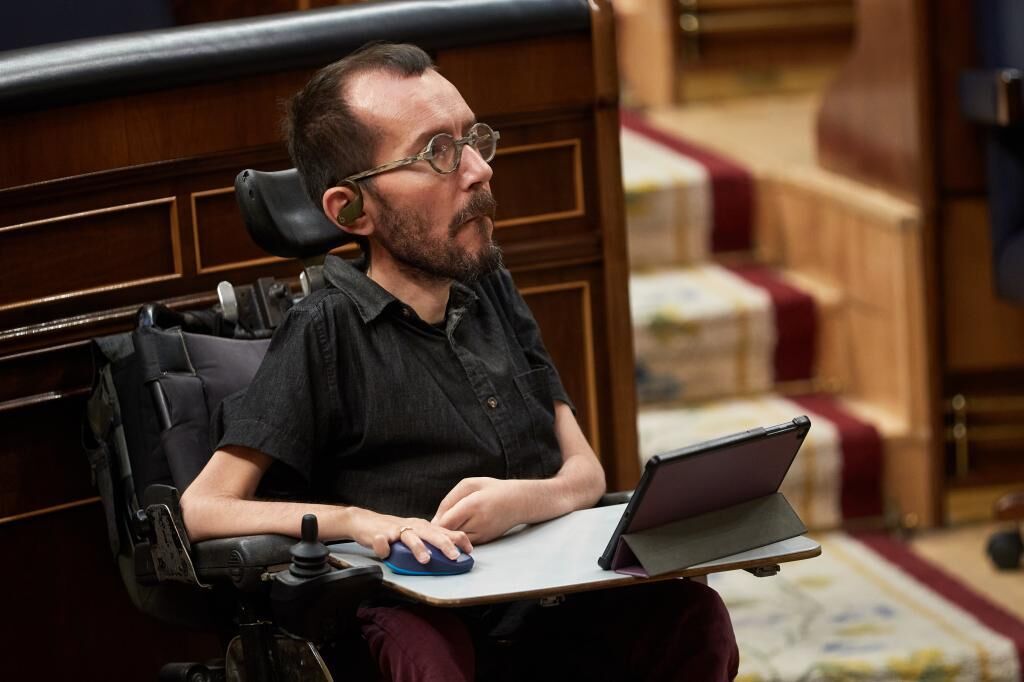 The spokesman for United We Can in Congress,

has asked the PSOE to rectify the Audiovisual Law, which is being debated this Thursday, May 26 in the plenary session of

, after criticism from the Spanish film sector for the treatment of producers independent and female quotas.

last week in the Commission process thanks to the vote of PSOE, United We Can, PNV and ERC, with the rejection of PP, Vox and Junts, and the abstention of Bildu and Ciudadanos.

In the press conference of spokespersons in the Lower House, Echenique made reference

to the discomfort of the audiovisual production

companies that, after the changes introduced in the law, warn that its current processing could mean "a very hard blow for independent production and to the cultural sector linked to it, whose viability is now seriously threatened".

"We do not conceive that after this note, the PSOE is not going to rectify. We are talking to them trying to negotiate," Echenique has advanced, warning that, if it

continues without changes, the law would give all audiovisual production

"to the oligopoly of the four big televisions.

Despite this warning, the 'purples' did give their support to the text in the previous procedure, despite warning last week that they would have liked

This wording had already led to criticism from independent producers, but it was not until this Monday that Spanish cinema staged

its rejection of the future norm in the middle of the Cannes Festival.

Regarding ERC, with which the Socialists have negotiated the presence of the Catalan, its spokesman, Gabriel Rufián,

has not wanted to advance the meaning of his vote in plenary.

For his part, the spokesman for the Socialist Group in Congress, Héctor Gómez, has shown confidence "in moving forward" with the law since it will offer "legal guarantees" and

has extended his hand to dialogue with "the aim of approving it."

But the rule does not like other parliamentary groups.

Thus, the PP spokeswoman in the Congress of Deputies, Cuca Gamarra, believes that she "has a lot left" due

to the large number of amendments.

"There are many pending issues and based on that, we will see the meaning of the vote", she has advanced.

spokesperson for EH Bildu, who abstained from the Commission process, considers that the Law is a

and regrets that it gives

"more privileges to those who already have the big platforms

"I hope that the Government reconsiders and does not worsen a complicated situation", he has indicated.

For his part, the leader of Más País, Íñigo Errejón, has not wanted to advance the meaning of the vote of his formation in this regard, although he has stated that

"they do not see with good eyes"

the new norm when considering

as well as the protection of the community media and warning that powers are concentrated in the central Administration, among other issues.

The one who has advanced the vote has been PDeCAT, since its spokesman Ferran Bel has assured that they will vote against.

"If it is not rectified, the groups that are going to support this law

will have to give many explanations

Like other formations, he has been against the changes introduced in the figure of the

Mireia Vehí, from CUP, has also shown herself against, describing the future law as a

has already rejected the text in Commission and its spokesman, in Congress, Iván Espinosa de los Monteros, has highlighted the discomfort of the producers with the future law

everyone feels despised", he summed up without revealing the meaning of his vote in plenary.

In addition, he has made the government ugly that "at the moment of truth to support the industry, it has forgotten the producers."

the death sentence of the industry as it is known"

In a statement read to the press, the producers stated that

"this is not an exaggeration"

since they have the support of all the associations in the production sector in Spain, as well as other associations such as the European Producers Club -which represent more than 30 countries--, the Spanish Film Academy or the Audiovisual Alliance Federation, CIMA or APPA.

"will allow" televisions or any other operator

to produce content within the obligation dedicated to independent producers.

"This moves us away from the European objective of the Directive that is being transposed and that seeks to guarantee cultural diversity by promoting the existence of a business fabric and regulating the audiovisual ecosystem. What we are demanding is not aid for a small group,

but the protection of an entire industry

and key sector in the Spanish cultural heritage", they assured.