French press review In the spotlight: a government already under pressure Audio 04:26 The Council of Ministers at the Elysée (Illustration). Ian Langsdon/Pool via REUTERS By: Frédéric Couteau Follow 4 mins Advertisement This is the headline of L'Est Républicain: “  no traditional family photo for Elizabeth Borne's first cabinet meeting yesterday, notes the newspaper. Official government comm 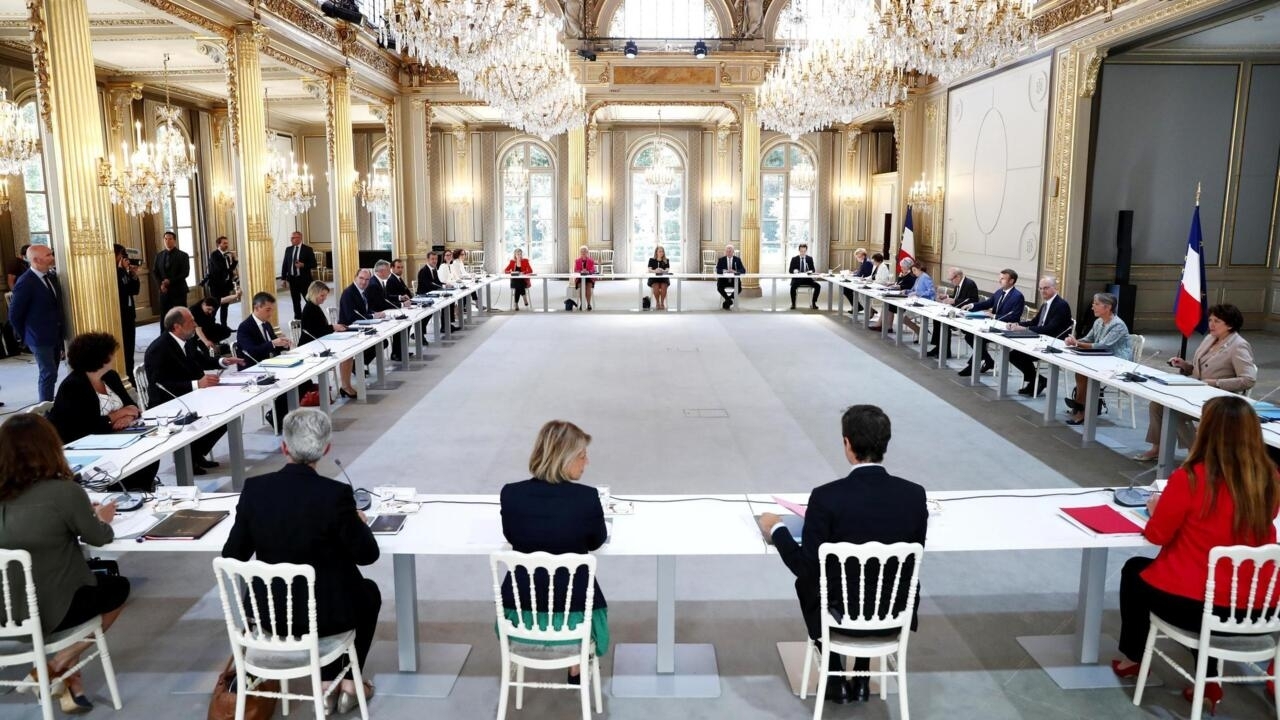 In the spotlight: a government already under pressure

The Council of Ministers at the Elysée (Illustration).

This is the headline of L'Est Républicain: “

And its roadmap – purchasing power, education, health, ecology – is eclipsed.

The case of Damien Abad, new Minister of Solidarity, accused by two women of sexual violence that occurred more than ten years ago, has spoiled the beautiful family photo

Even if one of the complaints had been dismissed, and there is to date no prosecution from the second person, the media and political noise has greatly covered the little music of the Council of Ministers .

this new affair is a problem.

Damien Abad is entitled to the presumption of innocence, of course.

(…) But if the Borne government wants to be able to get to work in peace, it must ask it to step back until all the light is shed on this affair.

Because there have been too many abuses and impunity in the past,

Especially in the political world, because it is a place of power, and we know that power can drive people mad and take away any form of discernment.

Among the emergencies of the new government, therefore, purchasing power… “

Macron in the spiral of purchasing power

A bill on purchasing power, 'daily priority', should be debated in July in Parliament.

Has Emmanuel Macron felt the wind of the ball, in the form of the score achieved by Marine Le Pen and his campaign entirely devoted to purchasing power?

Or is the reluctance of the bosses forcing him to speed up, at the risk of letting the public accounts slip away?

'Pricing shield' to protect the French from rising energy costs, 'food voucher' to mitigate that of food prices, but also fiscal measures, with the abolition of the audiovisual license fee, and salaries: everything is on Table.

Retreats: when and how?

On the other hand, “

Emmanuel Macron maintains the vagueness on the pension reform

”: this is the headline of

Four weeks before the legislative elections, the Head of State does not want to go to the front line to defend a file capable of once again setting the French against him.

(…) The calendar has not changed.

At the top of the state, we are still considering a review in the fall, to 'aim' for entry into force in 'next January'.

For the content, on the other hand, it is more vague.

Especially on the starting age.

This will be the subject of discussions with the social partners.

in chronic deficit, our pay-as-you-go system is heading for disaster if nothing is done: whereas in the past, there were four working people for one retiree, this figure has fallen to 1.7 with increasing lifespan, and will drop further in the future.

It is unsustainable over time.

Finally also on the front page, this investigation by

Uyghurs: at the heart of the Chinese repressive machine

An investigation published by 14 international media, including

, therefore, based on thousands of Chinese police documents delivered to the German anthropologist Adrian Zenz by a source who demanded nothing in return.

After several series of revelations published since 2019 by this same researcher and by NGOs, these documents shed decisive new light on the repression organized by Beijing in the Xinjiang region,

points out the evening daily.

They recount from the inside the obsession with security in the internment camps of the Muslim minority, which Beijing presents as training centres.

Either the concrete implementation of the security apparatus intended to 'stabilize' Xinjiang, which the CCP says is threatened by the Muslim 'separatists'.

Imprisonment, handcuffs, chains, hoods, forced re-education: such is the daily life of thousands of Uighur detainees.

It is estimated that between 900,000 and 1.8 million Uighurs passed through the CCP's internment system out of the 11 million residing in the region.