David Cronenberg's new film, in the running for the Palme d'Or, is a powerful fresco that plunges us into a futuristic world where man loses his humanity by internalizing and surrendering to… 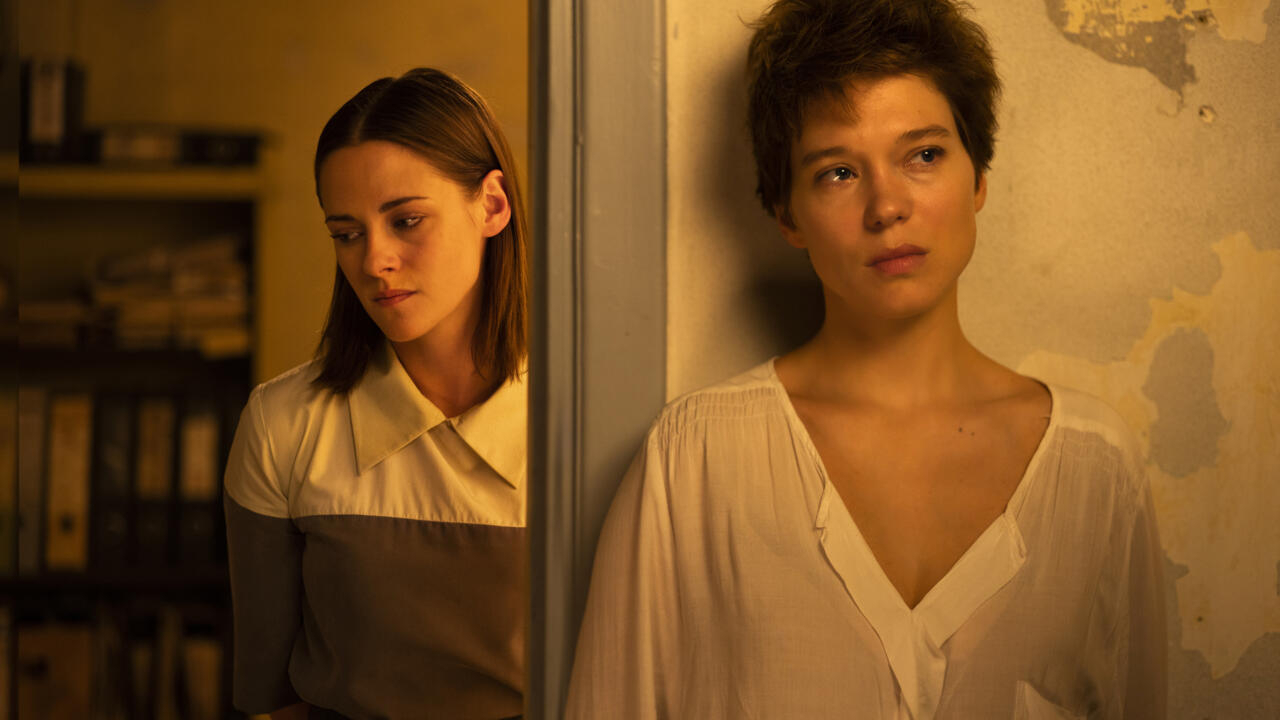 Kristen Stewart and Léa Seydoux in "Crimes of the Future" by David Cronenberg, in the running for the Palme d'Or at the 2022 Cannes Film Festival © Nikos Nikolopoulos

The new film by David Cronenberg, in the running for the Palme d'or, is a powerful fresco that plunges us into a futuristic world where man loses his humanity by internalizing and abandoning himself to technology.

On the other hand, “The crimes of the future” imagined by the Canadian director are certainly terrifying, but far from being the most disturbing in the selection of films for this 2022 edition of the Cannes Film Festival.

From our special correspondent at the Cannes Film Festival,

Do you love seeing the entrails come out of the body?

Welcome to the world of David Cronenberg.

projects us into a world on the edge of the precipice with a humanity at odds with itself.

It kicks off with an old shipwreck washed up by the sea. With an innocent-looking boy playing in the water, a tablespoon in his hand.

And with his mother shouting at him from the balcony of a dilapidated house nearby: “

You don't eat anything on the beach!

This is how the Canadian director sets the scene for his story rooted in the bizarre and the futuristic.

A few seconds later, we will see the little boy in the house eating a plastic trash can and wisely brushing his teeth before going to bed.

So for the mother, the time has come to coldly suffocate her son with a cushion, then shed a tear anyway and call the father: “

You can recover the thing you call 'your son'

Pain as an artistic motor

It is only at the end of the story that we will understand the motivations of this mother named Djunia.

In the meantime, Cronenberg immerses us in a universe where inner beauty is the new credo of a New World in the making.

Among the prerequisites for this mutation is the almost complete disappearance of pain.

Both against the current and at the forefront of this evolution, Saul Tenser, an artist of advanced age (embodied with rigor and vigor by Viggo Mortensen) has transformed his pain into an artistic motor for his performances.

His muse and artistic partner, Caprice, a former cosmetic surgeon (played with divine delicacy by Léa Seydoux - who took advantage of a

to perfect his English), open his body to give birth to new organs, then exhibited as works of art to the public.

In the film, art is at the center of the ongoing transformation and mutation of the human species.

A development that seems both uncontrollable and inevitable and therefore appears extremely dangerous for the powers that be.

Where artists work for an opening of the body to open minds, a nebulous group then sets to work to conquer the world through bodies invaded by technology ("

bringing technology and the body into harmony

"), other institutions and movements, such as the Organ Registry (where, among others, Kristen Stewart officiates, as stuttering as she is attractive and elusive in the role of the bureaucrat Timlin), precisely wish to prevent the latter from making the Old World disappear and take power.

From "Crash" to "Crimes of the Future"

Cronenberg deploys the whole register to arouse the universe of transhumanism.

Surgery is the new sex

the surgery is the new sex

A deviation from sexuality that naturally brings to mind his film

, presented in 1996 to boos at the Cannes Film Festival, where Cronenberg had already linked sexual urges to technology that violently penetrates the intimacy of human beings.

also go through biomorphology, "organography", genetic mutation, up to the genesis of a new species.

A History of Violence

showing the murderous madness of an ordinary man,

are not a scandal film, despite all the horrors united.

On the contrary, by its purely dystopian side and its romantic aspects (Timlin will teach Saul to appreciate the

), the violence there seems very abstract compared to that shown in the other films presented until today in the official selection of the Festival. of Cannes 2022.

And that even without mentioning the documentary

of the Lithuanian director Mantas Kvedaravicius, killed at the beginning of April in Mariupol in Ukraine during the shooting of this film showing life under the bombs.

A tendency towards intolerance and hatred which, according to the feature films screened on the Croisette, seems to be spreading in many countries.

A small anthology of arguments put forward as justification for killing the Other that appeared in the films of the 2022 edition of Cannes:

Chie Hayakawa took as a starting point for his fiction film

, about a euthanasia plan in Japan, the murder of a young man who massacred 19 disabled people from a center in 2016. "

told by Ali Abbasi is also based on a real story.

In 2000 and 2001, in the holy city of Mashhad, in Iran, a mason, an exemplary family man, strangled sixteen prostitutes, because he wanted to “

liberate the city from the filth of vice

And after his confession, a large part of the townspeople supported the assassin.

In his native Romania, Cristian Mungiu has staged the unleashing of violence in a village in Transylvania hitherto marked by the peaceful cohabitation of Romanians, Germans and Hungarians.

shows how locals fall into racism, even throwing Molotov cocktails when three Sri Lankan bakers fill vacant positions at a local bread factory, as many Romanians prefer to work abroad.

, Egyptian-born Swede Tarik Saleh tackles the power play between politics and religion at the famous Al-Azhar Islamic University, the nerve center of Sunni Islam in Egypt.

Even being innocent, it is then enough to be considered a danger to national security or Islam to be eliminated in the name of reasons of state or religion.

, it's World War I, so it's considered "normal" to execute men who want to leave the French army, even if they're Senegalese driven out to their villages in Senegal like slaves and integrated by force into the French army to fight the German soldiers in France.