Body fat: why it accumulates in certain areas, what is the healthy percentage and how to eliminate it

It annoys us when we see her clinging stubbornly to our holsters or our flanks. Also when we touch her or when she prevents us from stuffing ourselves into those pants that... 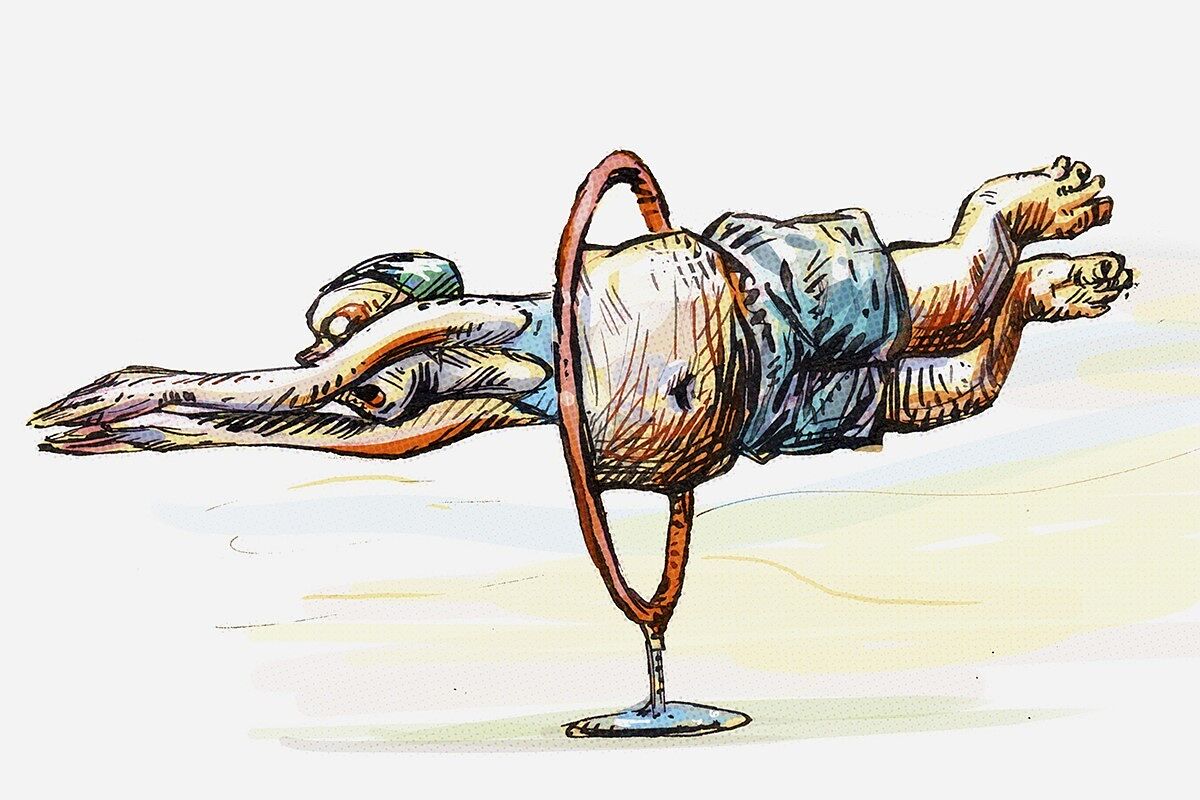 It annoys us when we see her clinging stubbornly to our holsters or our flanks.

Also when we touch her or when she prevents us from stuffing ourselves into those pants that fit us so well a couple of seasons ago.

like any other silent enemy, fat is more dangerous for what it hides than what it reveals

The bad thing, you know, is that, for us, until it shows its ears in the form of illnesses, what hurts us is seeing it.

José María Balibrea, head of the Robotic Bariatric Surgery Program of the Upper GI Unit of the gastrointestinal surgery service of the Hospital Clinic of Barcelona and professor of surgery at the University of Barcelona, ​​points out that "although it is not correct to speak of fat in medical terms , it is clear that it is a word that everyone understands and there is no reason not to use it. We speak of

, which is a set of cells called adipocytes that contain fat and are distributed throughout the body, acquiring various functions".

It is, as Lina Robles, nutritionist at Sanitas La Zarzuela University Hospital (Madrid), explains, "an

efficient way for the body to store energy

. It does so in cells called adipocytes, whose accumulation forms adipose tissue and, as we all know, an excess of this tissue will bring us health problems, especially with the so-called metabolic diseases".

Fat is not to be produced.

"In fact -explains Dr. Balibrea- there are two moments in our life in which

the number of fat cells grows

: shortly after birth and around puberty, a stage in which they practically stagnate".

Why, suddenly, does he begin to make our anatomy his own?

Although its bad reputation precedes it, these cells also play "a

because they are located under the skin and also produce and

It is a tissue that stores lipids, such as

triglycerides, which are the most profitable source of energy

that our body has, even above sugar".

However, this adipose tissue, in its different variants, "can also be a producer of what we call intermediate substances that can trigger other biological processes, from

to very complicated hormonal processes and even the regulation of organs as sophisticated as the heart" .

But let's go by parts.

Nothing like knowing the 'enemy' to try to defeat him.

What exactly are adipocytes?

"They are cells that, basically, barely have inside more than a nucleus surrounded, like an island, by very large amounts of fat. The types depend both on the characteristics of the cell that compose them, as well as on their distribution and location and they can be: white, brown or brown and gray or 'beige'.

are very large cells with a very small nucleus that are completely filled with fat."

With less fat reserves inside, "

have other organelles that produce other functions (such as thermogenesis)".

Interestingly, although until recently it was thought that they were only present in young children, "it has been proven that, in adults, there can also be deposits, especially in the clavicles and around the kidneys, the great vessels and the abdomen. ".

for its ability to burn to generate heat, even "attempts have been made to manipulate it with drugs to try to make it more numerous than white fat and, in this way, lose weight but it has not been achieved".

But what really sets fat apart is its

"It can be in any tissue. But fundamentally, we have

or somatic fat that, in addition to being a thermal barrier, exerts a protective function. And, in principle, its distribution in the body depends a lot on hormones."

Lina Robles delves into the matter: "In men, for example, the tendency is to store more in the belly and torso (

or apple-shaped fat), while in women of childbearing age, this is more likely to focus on hips and thighs (

Usually preceded by an excess of subcutaneous fat, the one located in the

is called visceral fat, which, in turn, is distinguished according to its 'location'.

"The one that is around the heart is called epicardial and has a different and even quite sophisticated function. The one inside the

for its part, acquires a determining role in the

development of many diseases

. It surrounds the blood vessels that reach to the intestine", explains José María Balibrea.

It is dangerous because, unlike those of the subcutaneous that play a passive role of mere storage, "

the adipocytes of the visceral,

specifically that of the abdomen, have the ability to emulate other types of cells, for example, inflammatory cells such as the macrophage".

In addition, he continues, "they are usually surrounded by a structure, which is like scaffolding on which these cells are placed, called the extracellular matrix, which is very variable and very sensitive to a lot of stimuli."

In visceral fat, warns this specialist, "

all diseases associated with obesity are cooked

, which is a disease in itself that is defined by excess weight due to an increase in adiposity, especially visceral."

preventing it from working properly, becoming the origin of pathologies such as insulin resistance, which is the basis of

type 2 diabetes, cholesterol alteration , the invasion of fat in the liver or hypertension

. It is, by itself, a cardiovascular risk factor."

Why do we store fat?

The answer seems, apparently, simple: "The

could not be simpler: what goes in is what goes out, or, in other words, what is eaten is what is burned. However, that rule is can break. If a person only has 'income' there will come a time when their

will become, so to speak,

. And, contrary to those who, as soon as they receive spend, they will do so more easily," explains Dr. Balibrea.

This is precisely what happens to many of the

who come to your office.

"When a certain limit is exceeded, a

point of no return is reached in which the metabolism cannot go back and the fat,

which is the one that has accumulated all the energy, can no longer burn it and changes its behavior. Not only does not stop storing, but rather those visceral adipocytes, so similar to

, begin to use that fat to produce substances, especially hormones, which what they do is

perpetuate this situation of accumulating and not spending

HOW TO FIGHT IT

What would be a

The nutritionist Lina Robles clears us of doubts.

, the equation varies quite a bit, but

This is because their body composition is different and, due to physiological functions, especially during motherhood, its levels are higher. In addition, hormonal production, mainly estrogen, contributes to storage. All these values ​​are measured with

specific scales that, through electrodes, calibrate the

composition of our body

, that is, how much fat do we have, if it is fat or lean fat, or the amount of liquids".

So far, the robot portrait of the 'enemy' (with its lights and shadows) but the million dollar question is:

how can we annihilate

To find out, Dr. Balibrea reminds us before that "the expansion of fat depends on many factors. In fact,

, in which there is a single gene that fails and causes an unlimited accumulation of energy, is an exceptional mutation" .

He also clarifies that, although "it can be removed with

, the stimulus, the energy that enters, will not decrease if there is no

, if you do not eat better and do more sports."

fat inside the cavities

cannot be eliminated, but "what can be done is to reduce the body composition through healthy habits, balanced diets and exercise. The problem is that,

when a limit has been exceeded and the fat tissue, especially visceral fat, is no longer capable of burning energy efficiently

, going back is very difficult. This is what happens to many obese patients: they lose weight with great difficulty, but gain it with extraordinary ease."

Diet, exercise and specific treatments can help us "

lose that bad fat, transforming it into muscle

there is no place for miracle pills, nor are we worth 'the success stories of the neighbor

"If the levels of fat are very high and can pose a risk to our health,

. But this, like the diet, is important to do under supervision and control of a professional", he concludes.