'Moonage daydream', inside the fascinating labyrinth of David Bowie

At a certain point in the movie 'Moonage daydream' (which takes its title from one of the cult songs included in the album 'The Rise and Fall of Ziggy... 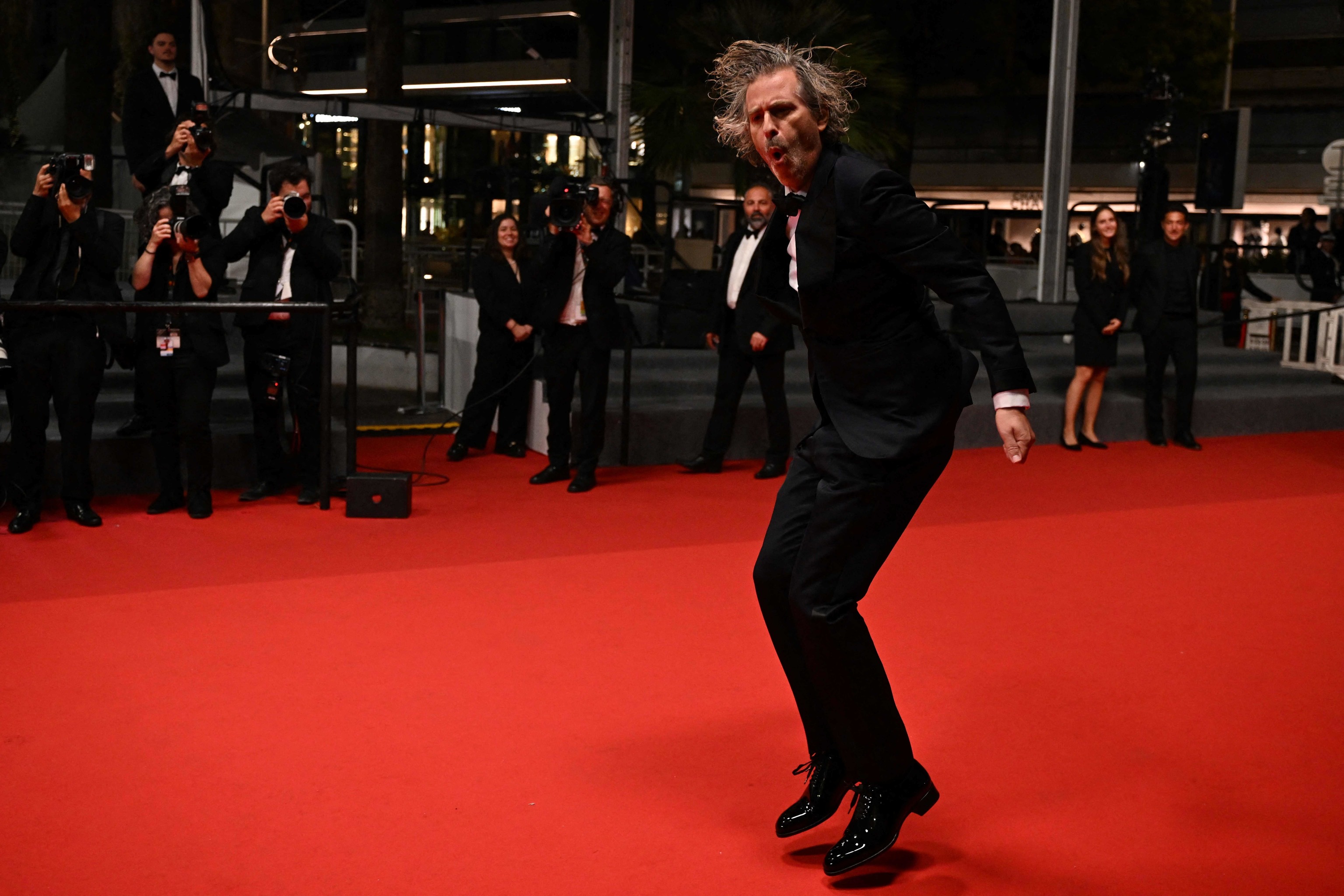 At a certain point in the movie

, a character wearing makeup with lightning going through his face spits at the camera

"You don't have to be bent to wear makeup!"

Be careful that we are in the 70s. Understand.

Somehow, the expression of David Bowie's fan, more for what he shows than for what he says, gives the measure of the idol's powerful influence.

A good part (or all) of those who came to see him wanted to be like him.

Or, better yet, they wanted to be him.

Sartre used to say (he said this without probably knowing who Ziggy was) that the gaze of the other makes us aware of ourselves, since the other objectifies us and that provokes feelings of fear, shame and pride.

In the case of Bowie's gaze, also those of pride, pleasure and, given the case, the perhaps false sensation, but primal and euphoric, of being able to be anything, of any gender, at any time.

Including being Bowie himself.

Unlike his previous documentaries on the figure of Kurt Cobain or the Rolling Stones, this time more than following the character or the group to tell them, it is about living it.

To live it, if you want inside, or next to it.

Of being him in a radical way.

is an unclassifiable film due to its excess.

It is not biographical.

It cannot even be strictly considered a documentary.

The body of the film consists of 48 songs duly remastered and spread over two and a half hours of footage that run through the screen mainly through images of concerts.

But what we want to explore is a total Bowie who, in addition to being a musician, was an actor, painter, sculptor, screenwriter, heavy smoker, provocateur, activist... Bowie speaks through some interviews and the screen explodes in a hurricane ( also called melting pot) of images before the perhaps impossible exercise not of portraying him but, again, of being him.

The sound by Paul Massey and producer Tony Visconti is simply killer and makes your chest tremble.

The film does not pretend to explain who Bowie was.

That was probably what the exhibition that turned the world around between 2013 and 2018 was probably used for. Nor does he want Bowie himself to explain himself.

Through his statements, what emerges is basically a nice guy especially gifted for irony and for avoiding definitions like the plague.

All of his interviewers fail.

"I was a Buddhist on Tuesday and I liked Nietzsche on Friday," he blurts out at the journalist's insistence.

"I'm a collector of characters," he is heard saying on another occasion.

A good part of the narrated interludes of '

in long monologues of supposed philosophical or '

' in which the star is not clear if he is serious or if, as it seems, he is clear that humor must be taken very seriously.

Beware that circumspect fans, which there are, may be slightly disappointed.

There is far from sanctification of the character.

Another of the most debatable or simply joyous decisions, depending on how you look at it, is due to the choice of images.

Not everything is Bowie.

Morgen dares to interpret him from the outside, to read him, to invent him at times.

And so, from images of films from Dreyer to Murnau, passing through the most obvious ones of Méliès's moon, they are summoned in a kind of spell that is as extravagant as it is enjoyable.

And along with those mentioned, Eisenstein, Oshima, Buñuel, Bergman, Warhol, Whale and, instead of exception, '

The Cabinet of Dr. Caligari by Robert Wiene.

Because yes, because Bowie would probably have smiled.

And we with him.

His own films, with

', arose at the same time as his theatrical performances as

and always with the camera fascinated by a close-up with magnetic eyes.

(with whom he spent the last 25 years of his life) and, in a very special way, his brother.

At least in that first push towards the abysses to come.

After going through the Armed Forces, he ended up in a psychiatric hospital for life due to schizophrenia.

That is the only time that the film challenges the viewer from sadness, from what is broken inside.

And there also increases the desire to get closer, if you want a little more, to Bowie.

"Bowie can only be experienced

Sartre maintained that hell is when others remind us of what we are.

For once and with Bowie, the other can become what we are.