The pioneer of Parisian street art Miss. Tic died at 66

Parisian figure of street art, Miss. Tic died on Sunday following an illness at the age of 66. The artist was known for her silhouettes of dark, beautiful and poetic women graphed in… 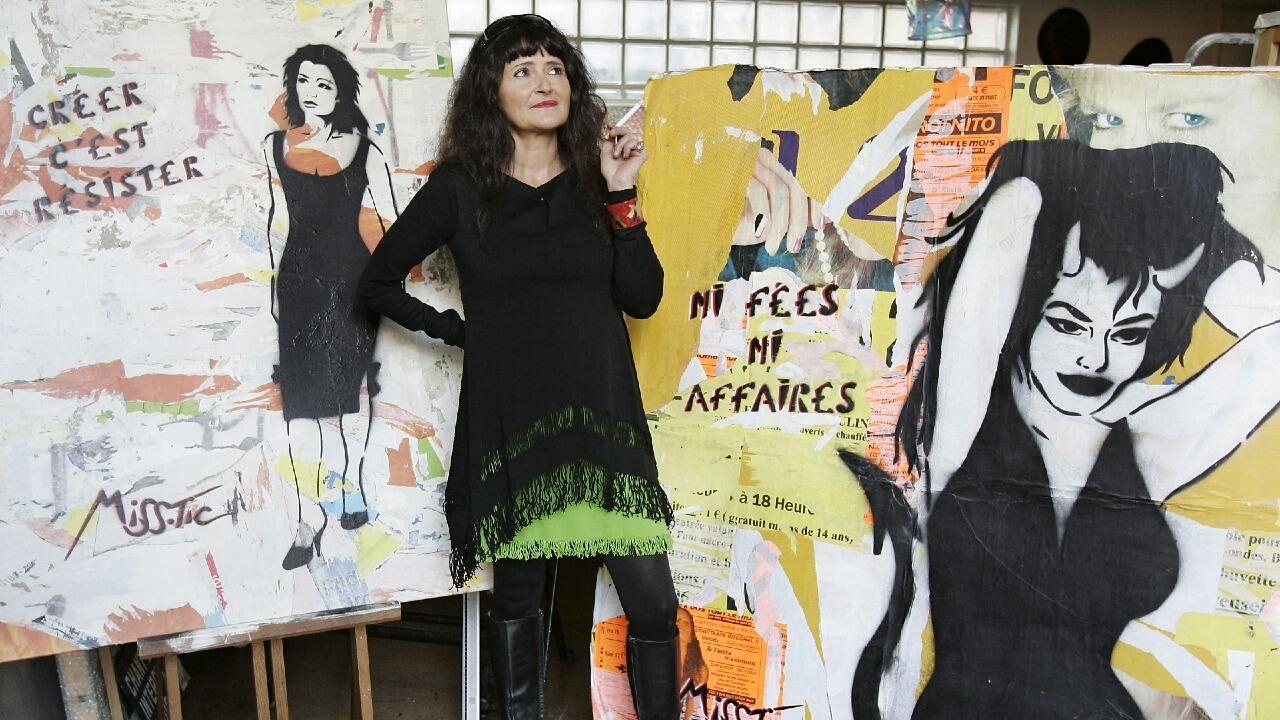 She will no longer draw her stencils but her silhouettes of dark, strong, beautiful and poetic women will always appeal to passers-by in the streets: Miss.

Tic, a pioneering figure in Parisian street art, died on Sunday May 22 at the age of 66.

The general public will surely remember the black hair – which she herself wore for a long time – of her heroines drawn on the walls of the capital in particular, which paved the way for many artists.

Myriad reactions to the death of Misstic, who deserves it.

Unfortunately, she had no museum exhibition during her lifetime, no monograph, no acquisition by the State, no decoration: she deserved them.

This is the fate of urban art, its glass ceiling.

"I had a lot of respect for her career", underlines on Twitter Christian Guémy, alias C215, another figure of French street art, who salutes "one of the founders of the art of stencil", considering that "the walls of the 13th (arrondissement, editor's note) will never be the same again".

His 65-year-old colleague, Jef Aerosol, cried on Instagram for his contemporary, who "fought against the disease with so much courage", evoking "so many moments shared since the beginning of the 1980s".

“I loved this idea of ​​street art”

"Her stencils, which have become iconic, resolutely feminist, will continue to poetize our streets for a long time", reacted on Twitter the new Minister of Culture, Rima Abdul Malak, celebrating "a great artist".

Born of a Tunisian immigrant father and a Norman mother, Radhia Novat, her real name, began printing her art in 1985 in the streets of Butte-Montmartre – where she grew up –, the Marais, Montorgueil and of Butte-aux-Cailles, after a stay in California.

We are losing a great artist.

Her stencils, which have become iconic, resolutely feminist, will continue to poetize our streets for a long time.

"I came from street theatre, I liked this idea of ​​art in the street", explained in 2011 to AFP this woman with a dull complexion, who borrowed her pseudonym from the witch Miss Tick of "La bande à Scrooge".

"I thought to myself at first, 'I'm going to write poems.'

Then: 'It takes images' with the poems. I started with self-portraits, then I continued towards the other women", added the one who accompanied her works with incisive captions like "I put on wall art for bombard words hearts", for his first portrait on a wall of the 14th arrondissement, or "the man is a wolf for the man and a coward for the woman".

"I use the contemporary woman a lot, the one we see in fashion, advertising. Sometimes it's not very well understood, when you can be young and pretty and have things to say . But it's true that we are sold what we want with beautiful girls. So, I said to myself: 'I'm going to put women to sell them poetry'", continued this unrepentant smoker.

Her art, ephemeral or permanent, attracted the big brands in the 2000s, especially in the fashion world, where she collaborated with Kenzo, for a limited edition t-shirt, or Louis Vuitton.

In 2007, she signed the poster for the film "La Fille coupé en deux", by Claude Chabrol, participated in the 2010 edition of the Petit Larousse by illustrating words from the French language and created a collection of stamps with the Post Office in occasion of Women's Rights Day in 2011.

She will also be one of the artists exhibited in the fall at Paris City Hall, on the occasion of an exhibition retracing 40 years of urban art in the capital.