At 76, American saxophonist David Sanborn continues to command the admiration of his counterparts and contemporaries. Nourished by Soul-Music, curious about the stylistic evolutions of our time, keen… 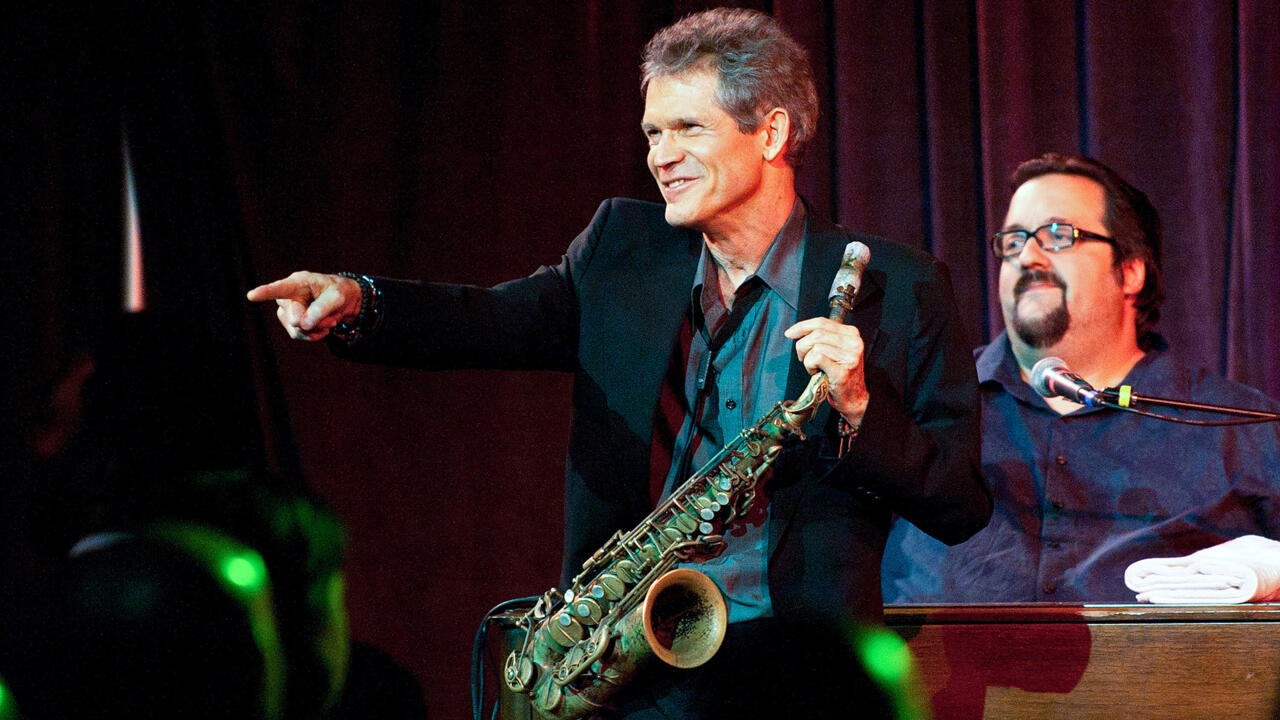 At 76, American saxophonist David Sanborn continues to command the admiration of his counterparts and contemporaries.

Nourished by Soul-Music, curious about the stylistic evolutions of our time, keen on history, he is a demanding instrumentalist who perfectly masters his art and remains an example for many of his disciples and heirs.

A few days before his only concert in France, we listen to him recount his epic punctuated by dazzling encounters with Stevie Wonder, James Brown, Al Jarreau, George Benson, Aretha Franklin...

Born in Tampa, Florida in 1945, David Sanborn grew up in Missouri, not far from Saint-Louis where one of his elders, jazz pioneer Ben Webster, was born.

It is also in Saint-Louis that the illustrious Chuck Berry was born in 1926. This sound environment will plunge the young David Sanborn into the world of black American popular music and encourage him to study this priceless heritage.

This is how he met the bluesmen Albert King and Little Milton with whom he shared the stage.

It was while attending a "Genius" concert, passing through his region, that David Sanborn had a revelation.

He spots two saxophonists on stage whose stylistic prowess will amaze him and convince him to embrace a musical career.

Without these two virtuosos, David Newman and Hank Crawford,

Over the years, David Sanborn gained confidence and became an instrumentalist whose growing reputation allowed him to multiply recording sessions alongside popular artists.

However, David Sanborn is not completely satisfied.

He does not want to let himself be locked into this status of guide.

He intends to control his own destiny and fly with his own wings.

Even today, he refutes this term "studio musician" which sticks to his skin.

In the mid-1970s, David Sanborn began a solo career, but he had to face a major obstacle: his own sound identity.

As long as he evolved within prestigious formations, his role remained that of an interpreter who had to adapt to an imposed repertoire.

From now on alone, the choice of compositions,

the musical mood and intent of a work rests on its own shoulders.

Despite the wise advice of his jazzman counterparts, David Sanborn let himself be intoxicated by the spirit of the times and his tone became more pop, some would say more "commercial".

David Sanborn is today a complete musician whose pop-jazz trial and error of the 80s was quickly forgotten. Deeply sincere, he managed to affirm his true nature, that of a white American open to all music but whose engine remains the heritage value of the black world.

Each new David Sanborn album is an invitation to travel.

Time and the River

in 2014, he appropriated the rhythms and convolutions of the African continent.

Although his epic now covers half a century of music, David Sanborn continues to have to answer the eternal questions about the sound color of his repertoire.

All these questions end up annoying him.

David Sanborn does not refrain from any incursion into black music.

He is certainly one of the most open artists of our time.

He listens with the same curiosity to ancestral African traditions and the hip-hop jazz experimentations of today's agitators.

"For me, musical categories have no meaning. Defining the contours of a musical genre creates its own limits. What is the point of imposing a hierarchy since each culture influences another. Does D'Angelo have more better than Hank Mobley? Who is the better trumpeter, Miles Davis or Clifford Brown? Does it matter? Is this a competition? The older I get, the more useless I find these questions!"

No doubt, David Sanborn will amaze us again on June 1, 2022 at the Seine Musicale on Seguin Island, near Paris.

David Sanborn's concert scheduled for June 1, 2022 at the Seine Musicale.

A thought for James Brown...