Monkeypox in Spain, last minute | A case detected in the Canary Islands

The suspected cases of monkeypox detected in Andalusia rise to five The Andalusian Minister of Health, Jesús Aguirre, explained that 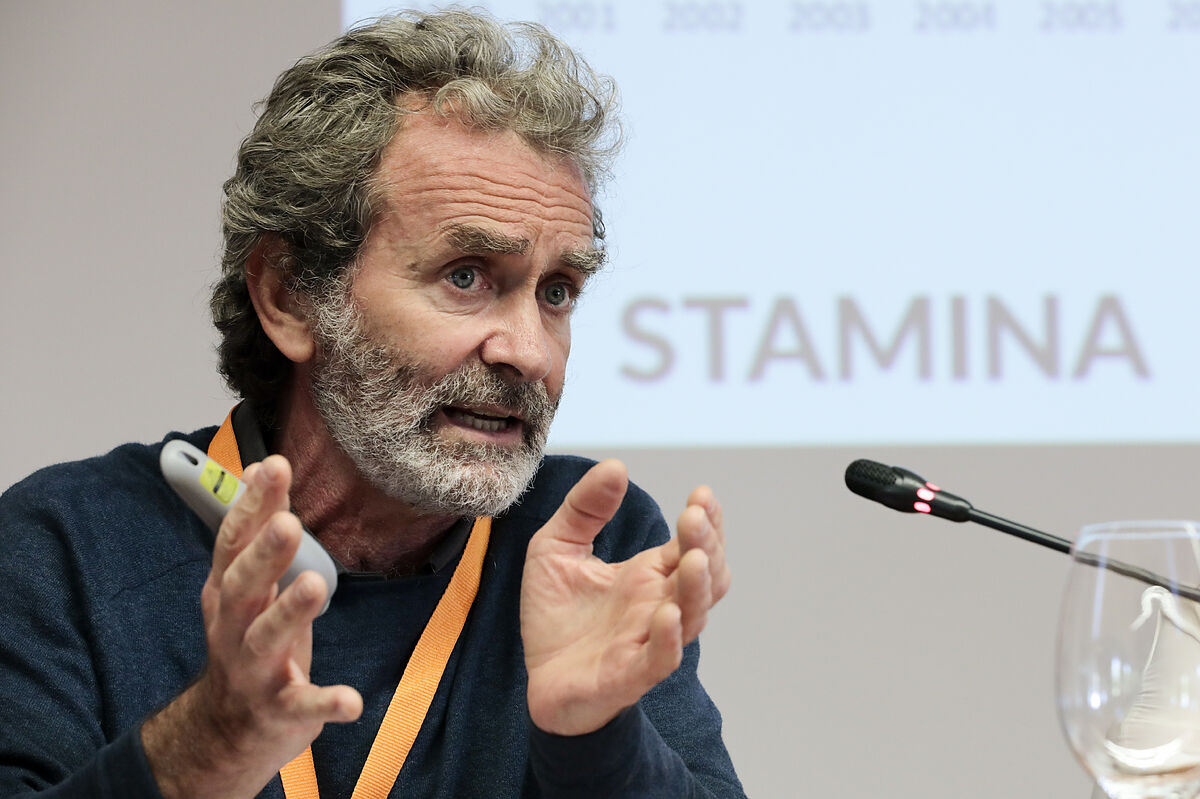 The Ministry of Health of the

detected in the Canary Islands is linked to Gay Pride in Maspalomas, in the south of Gran Canaria.

Sources from this department of the Canarian Government have stated that "it is possible" that this event, which brought together

in its main acts in Maspalomas and Playa del Inglés, "has contributed to the transmission of

", if they have well stressed that "it is still early to know the weight with which it may have contributed to the diffusion".

The suspected cases of monkeypox detected in Andalusia rise to five

The Andalusian Minister of Health, Jesús Aguirre, explained that there are already five suspected cases of

detected so far in the autonomous community, of which four correspond to the province of Malaga and one to Granada.

Of these five cases, one is already confirmed, although "

" is pending from the National Center for Microbiology, based in Madrid, as detailed by the Minister of Health.

Jesús Aguirre has stressed that the five possible cases of

, both the one that is "in the second step" of confirmation and the others that are "in suspicion", present a "very good clinical evolution, without hospital admission".

A case of monkeypox detected in the Canary Islands

The Canarian government has confirmed that it is linked to Gay Pride in Maspalomas, but has wanted to insist that "it is too early to know the weight with which this event may have contributed to the spread of

This department has stated that "it is possible" that this event, which brought together

in its main events in Maspalomas and Playa del Inglés, "has contributed to its transmission".

Simón, on monkeypox: "It is not a disease with important transmission"

The director of the Center for the Coordination of Health Alerts and Emergencies,

"is not one of the diseases that has significant transmission between humans", but "caution must always exist" and it must be allow time for the corresponding investigations to be carried out and "correctly assess the risk".

and with other pathogens that have been emerging.

"Now one, in particular, has emerged, which until now was subscribed to

not all of Africa."

until the skin lesions disappear, according to the protocol on this disease.

It confirms that "all investigational or confirmed cases of

should remain isolated and under surveillance."

This isolation consists of staying in a

or area separated from other cohabitants until all the lesions have disappeared.

The use of a

is recommended , especially in those cases that present respiratory symptoms.

with the affected person must be avoided until the lesions have disappeared.

In the protocol it is also recommended that the lesions be covered.

Israel has detected a first suspected case of

in a man who recently returned to the country from Western Europe, the Israeli Ministry of Health has reported.

after being exposed to a monkeypox patient abroad.

Cantabria develops a protocol for early detection of monkeypox

, of which there is no suspected case in Cantabria at the moment.

order to immediately adopt the appropriate control measures to prevent the appearance of secondary cases.

"The detection of new cases is essential to

possible chains of transmission", they have emphasized.

The Paraíso sauna in Madrid closed due to monkeypox

Dozens of users, with their comings and goings, crossed the threshold of the door of the Paraíso sauna, in the center of the capital, yesterday afternoon, leaving disappointed after a few minutes: "It is closed because

of the monkey virus

This place, in agreement with the Community of Madrid, has decided to temporarily lower its blinds due to

Concern in Europe about the spread of monkeypox

Monkeypox is a rare disease that, according to

World Health Organization (WHO), could spread rapidly across Europe.

"With the arrival of the summer season, with the mass gatherings, festivals and parties, I am concerned that the transmission of

may accelerate," said the

in the last few hours , with which there are already seven autonomies that are investigating infections of this disease, from which new infections are expected to be confirmed, as the health authorities have warned.

The health departments of

have confirmed this Friday that they are investigating their first suspected cases, which must be confirmed by the National Center for Microbiology in Majadahonda (Madrid).

These suspected cases join the first detected in the

and the outbreak in

, the largest to date, since the regional government has confirmed 30 patients infected with

smallpox , of which seven are

In addition, it adds another 15 possible cases, still unconfirmed.