Did the regency start in the UK? This is the question that has arisen openly across the Channel since Prince Charles delivered the speech from the throne on May 10, in place of Elizabeth II.… 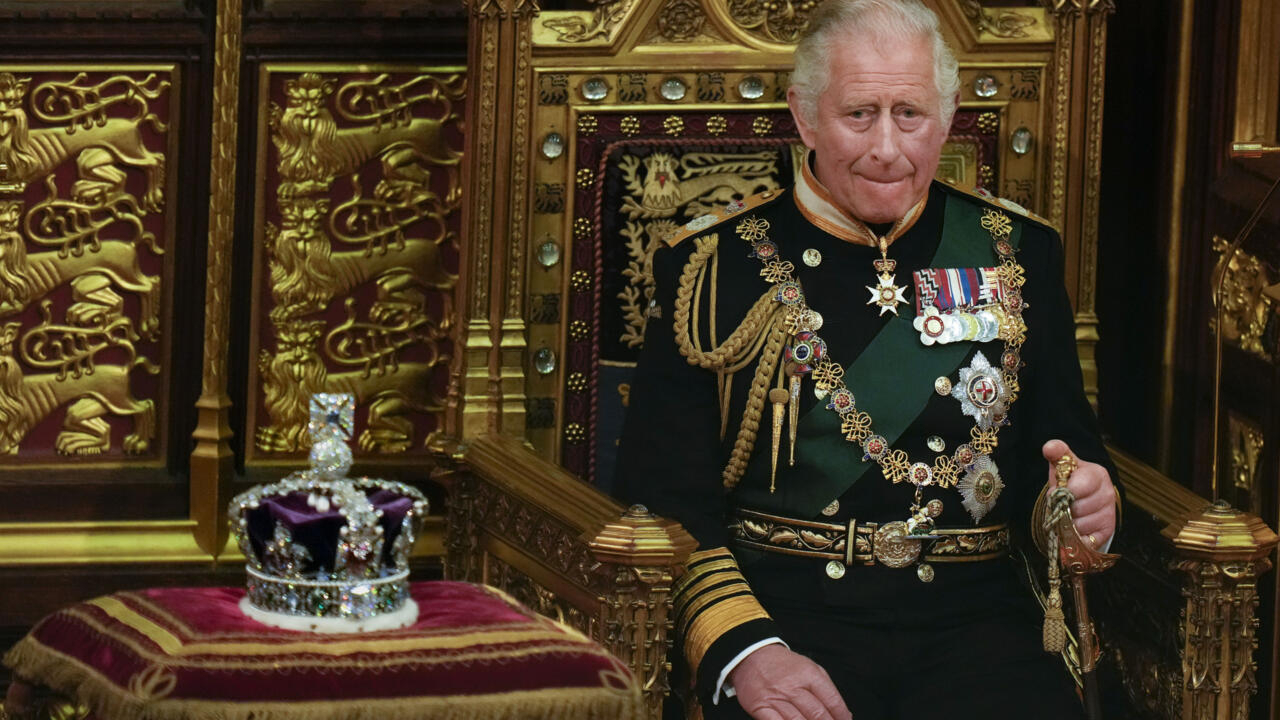 Prince Charles during the throne speech on May 10, 2022 in London.

Did the regency start in the UK?

This is the question that has arisen openly across the Channel since Prince Charles delivered the speech from the throne on May 10, in place of Elizabeth II.

This week, Prince Charles also replaced the sovereign, weakened by health problems, for a three-day tour of Canada.

Unloved son, long unpopular in his country, the eternal crown prince of the British crown assumes more and more responsibilities in place of his mother.

But will he eventually ascend the throne?

He will have waited to be 73 years old to fulfill, for the first time, this highly symbolic function devolved to British sovereigns.

In a neutral tone, and without betraying the slightest emotion, Prince Charles delivered the Speech from the Throne on

, the annual speech written by the British government and read by the sovereign before Parliament.

To his right, the space usually reserved for the throne of Elizabeth II was vacant.

Aged 96, weakened by health problems, the queen had been forced to give way to her eldest son, for the first time since her Coronation almost 70 years ago.

It's a turning point, it's a sign that the queen is aging and that she can no longer fulfill all her obligations

", underlines the journalist Michel Faure, author of a biography of the Prince of Wales *.

Charles is there to replace her, but it takes place in a kind of gradual continuity that has never been treated as a regency.

The taboo of abdication

Officially, there is no question of speaking of regency, which is only provided for in the event that the sovereign suffers from mental illness.

Abdication is not considered either: it has become taboo since that of Edward VIII in 1936**.

In addition, the Queen took an oath at her Coronation in 1953 to serve her people until the end of her life.

Finally, an abdication could reopen, in certain countries and in particular in Australia, the question of attachment to the British Crown.

To these reasons may be added a sometimes difficult relationship between Elizabeth II and her first son, called, if he becomes king, to become Charles III.

In the history of the British Crown, relations between sovereigns and their successors have always been difficult - since at least the 18th century

"It seems that Queen Elizabeth's favorite son is Prince Andrew (born in 1960), and in Charles' eyes, his mother has always been rather distant, completely absorbed in her obligations as sovereign.

Relations were also difficult with his father,

who imposed on him a “rough” education in the Gordonstoun boarding school, where he himself had flourished in the 1930s. “

Charles lived through real hell there

and suffered throughout his schooling.

This resulted in a lot of misunderstanding, which resulted in open clashes with his father and more distant and difficult relationships with his mother.

An unloved son, Prince Charles also suffered for a long time from his unpopularity with British subjects.

So much so that some imagined that the Crown could pass directly from Elizabeth to her grandson William, eldest son of Charles and his first wife, Princess Diana, who died in 1997 in a car accident in Paris.

Over the past five years, however, the Prince of Wales' popularity ratings have slowly but surely been on the rise.

Firstly because of his very early interest in a subject that concerns a large number of Britons today: the protection of the environment.

The protection of the environment, but also the attention given to climate change, and to food without chemical inputs.

He went through very difficult times, especially with the end of his relationship with Diana, but he recovered with remarkable consistency and basically kept the same ideas.

Prince Charles also benefited from another asset to win back the hearts of the British: his wife Camilla, his childhood sweetheart, whom he ended up marrying in 2005, and whom he gradually imposed by his side.

And, ultimately, when he brought Camilla back into his life and into his public life, people reconciled with Charles.

Camilla's personality plays a big part in it, because she is open, lively, sympathetic.

Even the queen appreciates it when she considered at one time that she had been the source of all the misfortunes of the monarchy.

Having become popular late in life, Prince Charles is ready to assume the duties of sovereign.

Time must seem long to the one who holds the record for longevity in the role of crown prince!

And more and more Britons want a transition during her mother's lifetime (more than a third, according to a poll carried out at the beginning of May, against a quarter the previous month).

But Elizabeth II, despite her health problems, does not seem to have any intention of giving up the Throne.

Unlike his Spanish, Belgian or Dutch counterparts, who chose to give up their place during their lifetime – which allowed the passage to give a facelift to the monarchical institution in their countries.

If he accedes to the throne, Charles risks in any case to be only a transitional sovereign, septuagenarian moreover.

In a vitriolic column published in the columns of the

on May 13, former Conservative MP Matthew Parris begs the sovereign to give up her place, failing which, he writes, the British will witness the advent of a "

” which could be fatal, according to him, to the survival of the institution.

** to be able to marry Wallis Simpson.