Warning: this film may leave traces. With "Brother and Sister", French director Arnaud Desplechin is in the running for the Palme d'Or at the Cannes Film Festival. It tells the story between a… 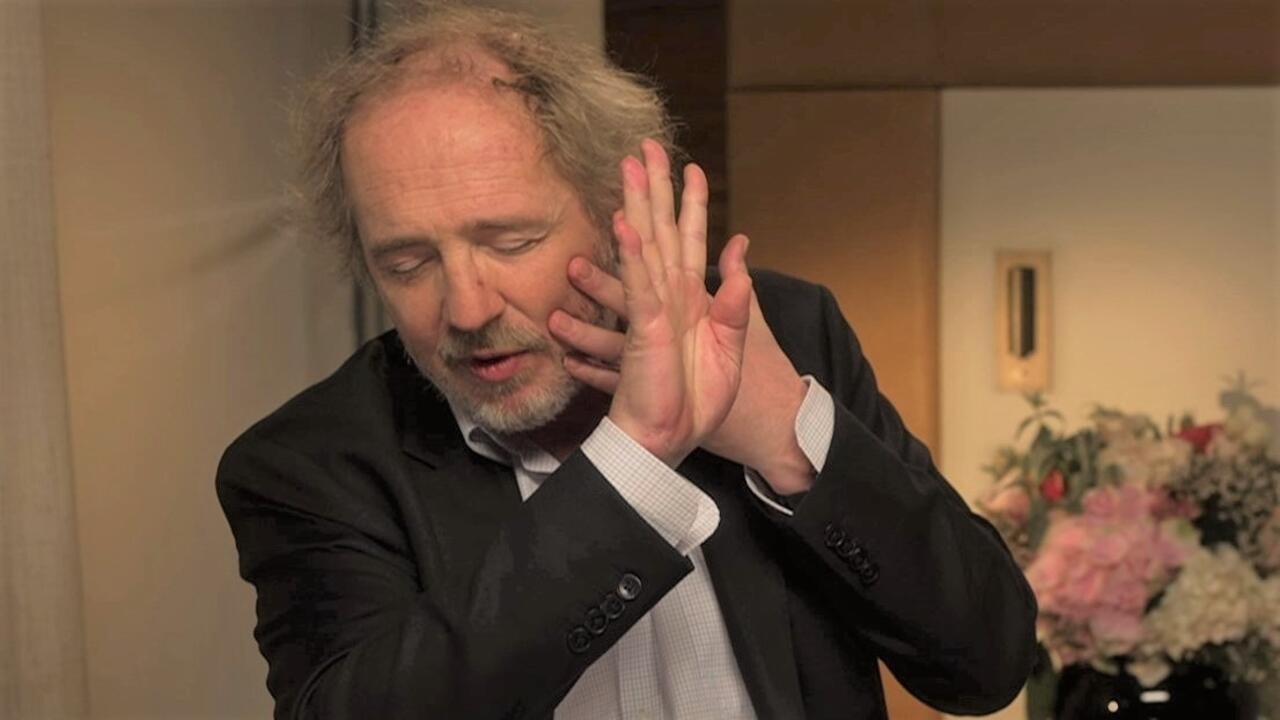 Arnaud Desplechin, director of "Brother and Sister", in the running for the Palme d'Or at the 2022 Cannes Film Festival. © Siegfried Forster / RFI

Warning: this film may leave traces.

With "Brother and Sister", French director Arnaud Desplechin is in the running for the Palme d'Or at the Cannes Film Festival.

Since adulthood, they hate and avoid each other.

When their parents find themselves facing death after a serious accident, Alice and Louis are confronted, in spite of themselves, with their hatred.

: What was the first image you had in mind in relation to the subject "

" before shooting the film

I don't know if I have images in my head… I have a very big weakness as a director: I have no visual imagination.

For that, I don't know how to shoot in the studio.

I need to shoot on location, because that's reality.

For example, at the beginning of the film, Melvil is in exile in the Pyrenees.

When I arrived, I don't know what I was writing.

When I write, I have no image in mind.

Suddenly, I arrive in a house where there is no water, no electricity, no telephone.

And I said to myself, here it is, this is the first image of the film: these western mountains with this house lost in the middle.

There, I say to myself: this is the film.

It is by encountering reality that it produces images in me.

It is not writing that produces images.

Writing produces in me a desire to act.

Melvil Poupaud, you play the brother in the film.

At the same time, you are also a father, a son, a lover, a writer… What is different when you play a brother compared to the other roles

It's a difficult question, but for this film, everything was difficult.

Each scene, I could have approached it with great apprehension, with stage fright, because there was no respite.

It wasn't a film where you say to yourself: ah, this scene is going to be cool… or in two weeks, there will be a difficult meeting.

From the first scene, and until the end, these were complicated moments.

In addition, when Arnaud said that he was waiting for the encounter with reality to have images, I think that during filming too, he is someone who does not premeditate.

He does not arrive on the set with his plan which he puts in place and then he goes home.

He's someone who invents and creates – almost like a jazz musician would improvise solos and suddenly leave the verse a little longer.

There's this way of letting go and going with him as far as he can go and trying to keep up.

There was not one dimension of the role that seemed to me more difficult or closer or farther from me.

The first time Arnaud spoke to me about the role, he said to me: it's a mountain.

Indeed, there was this scary side and at the same time, once you start, you progress little by little...

Melvil Poupaud and Marion Cotillard in "Brother and Sister", in the running for the Palme d'Or at the Cannes Film Festival.

Cinema has often highlighted the relationship between brothers, between sisters, between father and son, between mother and daughter, but very rarely between a brother and a sister who hate each other.

No, because I like to think that there is this very strong hatred that Alice feels for her brother, and in which she is lost.

And yet, this hatred has only one value, because there is an almost incestuous side to the love they have for each other.

It is the unhappy face of love.

by John Cassavetes and say to myself: here, there is a brother and a sister.

And they love each other.

For them (Marion Cotillard and Melvil Poupaud), it's a little more complicated...

At the center of the film, there is hatred between a brother and a sister.

Is the relationship between a brother and a sister different from other social relationships, for example more mysterious, more mystical or more mythological

Indeed, there is a bit of all that.

Besides, there is a mystery.

It's not like she did anything to him or him to something against her that broke a bond.

It's a visceral hatred, but one that goes back a very long time.

So much so that we forgot the origin.

It's like certain myths or plays of ancient tragedies where suddenly something happened and you take action in the middle of things.

But we know that there was this tragedy.

And afterwards, you have to live with this drama and move the story forward, in this case towards the light…So there was this somewhat mythological side, something that wreaks havoc.

Your films are often nourished by your loved ones.

You are the eldest in the family.

You have a novelist sister.

It's a feeling that is a bit foreign to me.

The remedy I would think of is the triviality of life.

There is a trivial scene which is at the heart of the film.

It's one of the first scenes that came to mind when I started writing.

It's a scene in a supermarket.

Alice is running errands and she literally bumps into her brother.

They bump into each other and they fall.

Suddenly you are in front of another human being, either something that is still foreign to you, or someone who is exactly the same as you.

It's both at the same time.

In that laugh, I saw an end to hatred.

Because when you're picking up food, how can you say, "

I don't have time, there is work to do.

For me, work is the solution to hate.

It is the encounter.

It's something I believe in – for hate and for love.

Lacan said that love is

, when you trip over someone.

Love is not at all reasonable, and neither is hate.

If you trip over someone, that someone is like a pebble.

There is nothing more beautiful than when you take the pebble and you kiss it and you say: how beautiful that I fell on you.

In the movie, your best friend is Jewish and he takes you to a synagogue.

And your wife takes you to a cave.

Are these the two spaces “

” possible in relation to your hatred

There is a form of passion, because in my wife, Faunia, there is this knowledge, this culture, this passion.

When she takes me into the cave, it's like a temple.

There is something sacred.

The bond is the sacred.

I can be sensitive to that too.

In the synagogue, my friend is not trying to convert me to Judaism, but he invites me to share this sacred moment.

He thinks maybe that me, who has just lost my father, that it will touch me and do some good.

Indeed, it is a link to the sacred, to transcendence.