Chinese President Xi Jinping is the inspiration behind his country's economic policy. With an iron fist, he imposed a “zero Covid” strategy which seriously weakens consumption, trade… 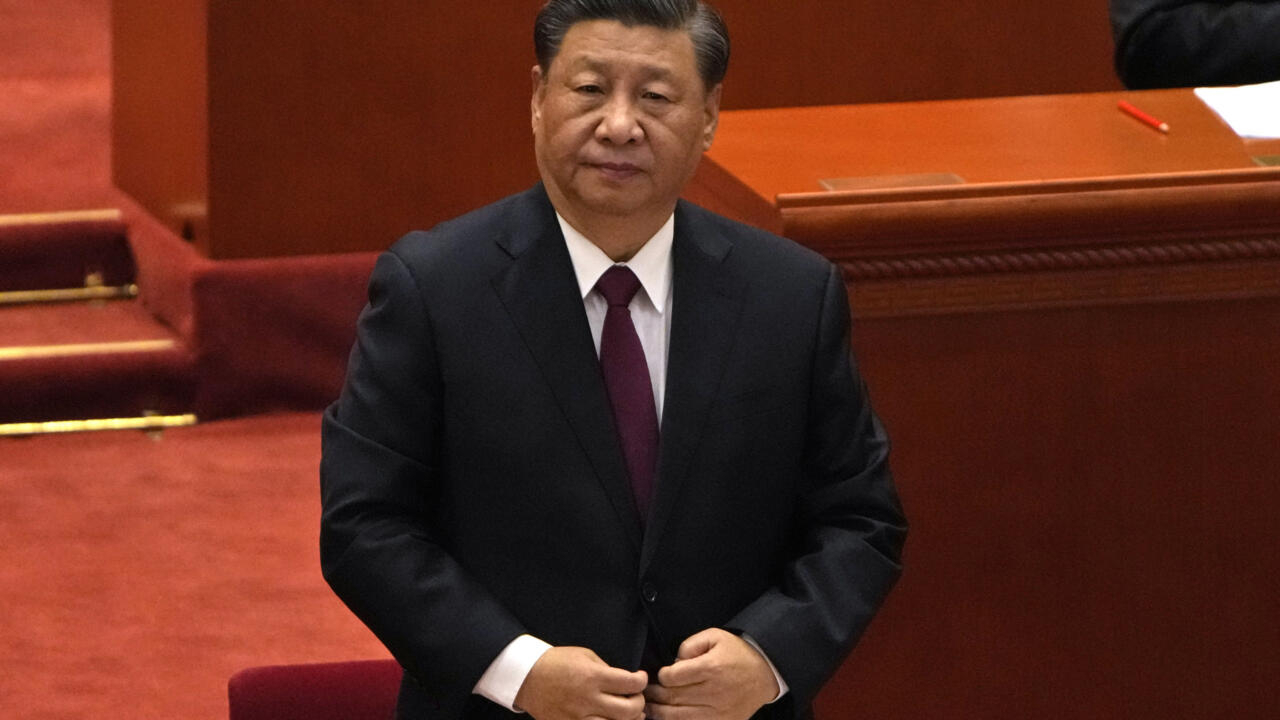 Xi Jinping has been China's president since 2013. © AP/Ng Han Guan

Chinese President Xi Jinping is the inspiration behind his country's economic policy.

With an iron fist, he imposed a “zero Covid” strategy that seriously weakens consumption, trade and growth.

But for the Chinese president, this is a political battle that must be won at all costs.

He is our “Portrait” of the week.

Forever black hair, triumphant air, Xi Jinping never forgets to exalt the national fiber, as during an impressive ceremony in 2021. It was for the hundred years of the Chinese Communist Party: “

The Chinese people do not never allow any foreign force to intimidate, oppress or enslave us.

enemy of the people

It was in Beijing that Xi Jinping was born 68 years ago.

Second in the family of four children, he grew up in a wealthy environment.

His father is a high communist official.

A victim of purges, he was arrested, convicted and publicly humiliated.

The red guards force the son to report him.

In 1966, the Cultural Revolution hit China.

Three years later, branded an enemy of the people, Xi Jinping was sent to the countryside for forced labor like millions of Chinese city dwellers at the time.

It was during those years that his character was forged, says Alex Payette, co-founder and president of the Cersius group, a Montreal-based company specializing in strategic intelligence and geopolitics: "

The cultural revolution, which will affect him greatly, will also teach him how politics inside the party work, how things must be done to win the case.

It was the generation of the Cultural Revolution who learned politics the hard way.

These people have had first-hand experience of what happened, and are acting in ways that some historians in China call the most reckless.

In a logic of mass mobilization, as we have already seen in the sixties.

But it is also the party school to which Xi JInping went.

This will have a direct influence on how he sees the party's role in the economy.

The quest for power

It was in 1974 that Xi Jinping joined the Communist Party.

A graduate in chemistry, he began his political career at the bottom of the ladder, as first party secretary in a remote province.

Then he embarked on a quest for power, crowned in 2012.

Chosen in the name of the fight against corruption, believes Mary-Françoise Renard, professor of economics emeritus at Clermont-Auvergne University.

She is the author of the book titled

China in the Global Economy

Between dependence and domination

We can clearly see the evolution of Xi Jinping's economic policy which, little by little, is moving away from what had been done in the previous era by Deng Xiaoping and his successors.

This is reflected in increased control.

The return of the state to the economy

Because according to Xi Jinping, the liberal-inspired economic reforms initiated by Deng Xiaoping from 1979 only distanced China from its communist ideal.

He is reinforced in this by the fall of the USSR, on the one hand, and on the other, the rise in force of the oligarchs in Russia in the 1990s.

Xi Jinping puts the state back at the center of the economy.

It is from this that two principles of its economic thought emerged in 2020: "

", which aims to make China economically less dependent on foreign countries, and "

", the objective of which is to support equitable development.

And in this to assure the population that the Communist Party and the government care about their well-being.

Is this a new revolution?

It's not a new economic system, there is no economic revolution in China.

We continue in a way that is comparable.

But what is quite remarkable with Xi Jinping is that his policies are accompanied by a rise in control on the part of the Communist Party.

We see it in companies where party cells were less and less active.

The role of these cells is becoming much more important today

This is Xi Jinping's doctrine.

The Chinese president who promises that China will remain “

open to the world

”, but insists that it move away from the Western capitalist value system.

In the meantime, its recovery plan could be derailed.

It is not sure that the Chinese play the game and that they continue to spend their money on consumer goods, while they are battered by the draconian restrictions which in turn scare away foreign investors.