There is a chat｜A-Lin: Singing and crying is a talent, not a limitation

China News Service, Beijing, May 20th (Reporter Wang Shiyao) Many people may know singer A-Lin through songs such as "Love and No Guilty" and "Give Me a Reason to Forget". Those beautiful and sad love songs are often brought to tears by her emotional voice. In fact, A-Lin discovered very early that his voice contained a heart-warming power, "The one that can accompany everyone to cry bitterly is 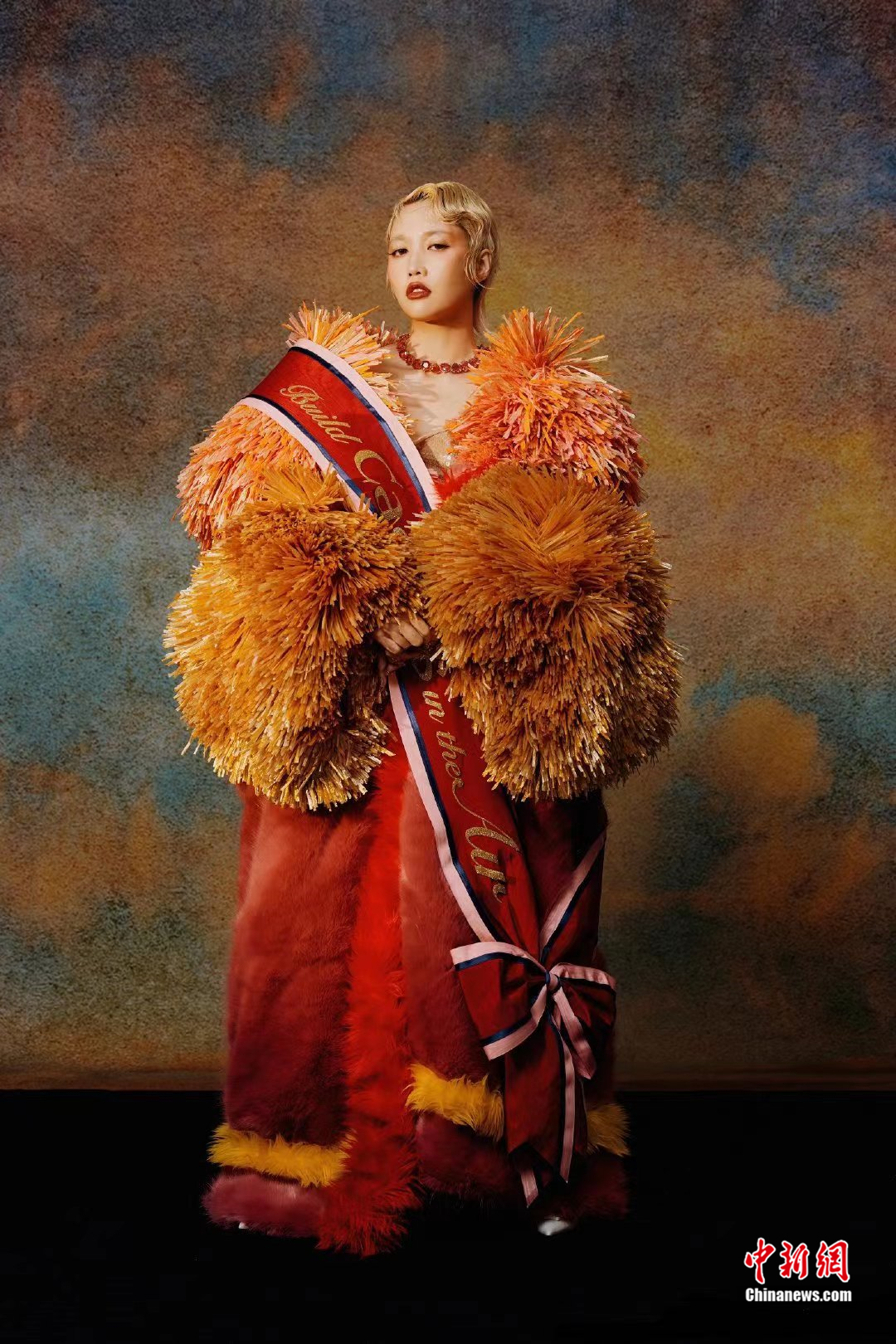 China News Service, Beijing, May 20th (Reporter Wang Shiyao) Many people may know singer A-Lin through songs such as "Love and No Guilty" and "Give Me a Reason to Forget".

Those beautiful and sad love songs are often brought to tears by her emotional voice.

In fact, A-Lin discovered very early that his voice contained a heart-warming power, "The one that can accompany everyone to cry bitterly is my voice."

Recognizing his talent, A-Lin gave up his dream of becoming a dynamic singing and dancing singer, and focused on putting his feelings into ballad songs, which finally converged into a love-lost love song that was uniquely A-Lin's charm and healed the wounded heart.

After four years, A-Lin returned with the latest album "Link", trying to connect the world with music.

Talking about how this new album was born, A-Lin said that at first he was looking forward to the arrival of 38 years old, hoping to use an album to record himself at this age.

The answer is hidden in the song.

In "Sister Travel", she said, "Starting from the ocean we love, chasing the waves of our dreams... Life is too short to be sexy, don't forget to ask for three or eight, and cry beautifully."

When life encounters a bottleneck, sisters will give you strength, long live friendship, fearless life, and be beautiful even if you cry!

The 38-year-old A-Lin broke free from the invisible shackles and embraced his truer self.

She cuts her hair short, as long as she is happy, "because of the beautiful princess, no matter what she looks like, she is a princess."

Not feeling the chorus dance style?

No one can set limits for her life. She used the dance steps in the MV of "Megong Gong" to prove that a lyrical singer can also transform into a dynamic diva.

Zhongxin Entertainment: The name of the latest album is "Link". How did you decide on this theme?

Actually at first I was just waiting for the arrival of 38 years old.

Then, because my mother was 28 at the time, she imagined that at 38, she would be different, mature, stable, and wise.

So, from that time on, I look forward to myself at every age.

When I was 18, I experienced the feeling of being in love, and at 28 I had my favorite job and could sing on stage.

Now that I am 38 years old, I can really know for sure what I want and how to make my life more colorful. I am also very happy and lucky to see many different friends who like A-Lin.

In this album, the main axis is this 38-year-old self.

But before the age of 38, many things may be encountered, so I did discussions with family, friends, sisters, and fans, as well as many social phenomena and love now, and finally presented this "Link" album.

Zhongxin Entertainment: The album's "Sister Travel", "Confidence and Beauty", "38 One Flower" and "Megong Gong" are all about the bravery and beauty of women. What kind of attitude do you want to express through these songs?

There is no advantage or disadvantage for each age, it's just a cumulative number.

The female power I want to show is to let everyone face difficulties, whether in life, work or in love, with a very positive and optimistic attitude.

I don't care what the outside world sounds like, I just listen to myself.

When you have confidence, you will naturally exude beauty for everyone to see.

Zhongxin Entertainment: How did you decide on the short hair style of the new album?

Actually, I love both long hair and short hair, and I am mainly happy.

I also hope you all enjoy my various looks.

At the beginning, I cut my hair short because my hair was constantly being styled and dyed, and my scalp was already injured, so I cut a length first, but later I felt that it would not work, and I had to make it shorter.

When I was preparing for the cover shoot, I talked to the stylist, in fact, sometimes beauty is not necessarily long hair, short hair can also show different aesthetics.

Because I found that Snow White in fairy tales, her hair is not particularly long, so I want to show an attitude - that is, a beautiful princess, no matter what kind of style she is, she is a princess.

Zhongxin Entertainment: This time, you showed the singing and dancing performance in the MV of "Megong Gong". Are you satisfied with this new challenge?

Before I debuted, I had a dream to sing and dance. I hope to become a more dynamic singer in the future.

At the time of the "interview" in the recording studio, after introducing myself, I sang a song "toxic" by Britney Spears, singing and dancing.

At the end of the performance, everyone applauded and encouraged me, and then I went out.

Then the agent at that time said to me: "You sing so well, but why do I want to cry even when you sing fast songs? (laughs)"

In fact, at that time, they discovered that I had the power to warm everyone, and it was my voice that could accompany everyone to cry.

At that time, I thought that I might not be able to sing and dance, but when I was preparing this album, I found that there are already many and rich things about love songs, so I hope to present a kind of song that I like very much in this album. Dance style.

This time, I danced 4 times and 8 beats. I like it very much. If there is a chance, I hope I can dance the whole song.

(Would you like to participate in a singing and dancing show?)

Of course I hope, but I hope that everyone's feedback will not be "want to cry" (laughs).

Actually, many of my dreams have been realized one by one. Just like a concert, I went to many cities and sang a lot of songs for everyone to listen to.

Then I did a lot of creative work myself, and being a producer is also one of my dreams.

(Looking back now) a lot of dreams keep coming true.

The fans and friends are the driving force behind the realization of these dreams with me. I am very grateful to you for realizing my dreams of every work and music stage. Every dream is realized by you with me.

Zhongxin Entertainment: Do you usually read the messages or comments of fans?

Have an impressive story?

I think my fans and I are really the most familiar strangers.

Because we may (in reality) really don't know each other, but through music, we may start to have some connections.

Then some fans and friends will regard me as a family member or a good friend, and share with me some of their own emotional stories, or some experience of confession failure.

Although I really can't reply to everyone's messages one by one, I will read them.

Then I think there is a very special fan who shares some bad jokes with me every day, and I watch them all.

Many of my dreams come true because of them, so they are very special to me.