Chronicle of the media - La Nupes, invisible in the media

The program of the New Popular Economic and Social Union was presented on Thursday, May 19 and it has not always received a media echo at the height of the political rally it represents. 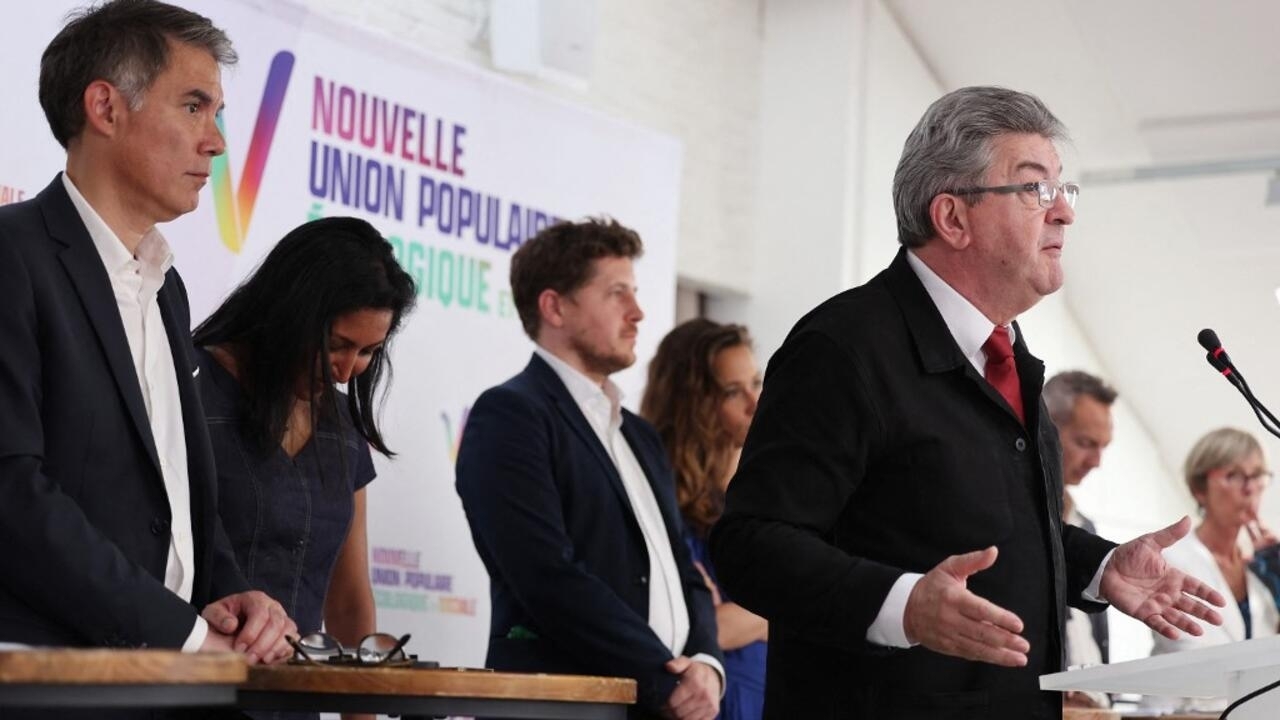 La Nupes, invisible in the media

Jean-Luc Melenchon (foreground), flanked by the first secretary of the French Socialist Party (PS) Olivier Faure (on the left) and the secretary general of the Europe Ecologie Les Verts (EELV) party Julien Bayou (2nd on the right) during the conference conference in Paris on May 19, 2022, to present the program of the left-wing coalition New People's Ecological and Social Union (NUPES) before the legislative elections next June.

The program of the New Popular Economic and Social Union was presented on Thursday, May 19 and it has not always received a media echo at the height of the political rally it represents.

If you want to know the political nuance of a newspaper or its degree of understanding of the left three weeks before the legislative elections, just look at its treatment of the press conference of the 650 proposals of the Nupes, the New Popular Union economic and social which brings together rebels, ecologists, socialists and communists.

with only a meager article lost in an inside page for

, property of Dassault or LVMH.

On the other hand, he made the front page for

It must be said that this common program of the left, which recalls that of 1972, is an indisputable event that only bias can pretend to ignore.

And yet, neither Julien Arnaud's 8 p.m. on TF1, nor that of France 2 deemed it worthy of dedicating the slightest title to him.

Politics, they say, interests no one.

However, there was there, at the same time of the image, the symbol and the bottom.

For the photo, it is not common to see on the same stage Olivier Faure for the PS, Julien Bayou for Europe Écologie-Les Verts, Ian Brossat for the PC and Jean-Luc Mélenchon for the rebellious.

For the symbol, it is even more remarkable to see that all these parties were able to agree on the name of Mélenchon as Prime Minister and to put their differences between brackets to present common proposals, in 95% of cases.

And among them, the possibility of profound changes for tens of millions of people.

Whether it's a minimum wage going from 1,300 to 1,500 euros net, a tax revolution with 14 tax brackets instead of five, retirement at age 60, massive investment in ecological bifurcation with a million jobs at the key, the blocking of basic necessities prices... In short, a "

" break, as the leader of rebellious France says.

On the evening of the first round, a count by political formation aims to avoid showing the strength of Nupes.

In the same way, many backfires seem to be lit to divert the media from this political union.

There are legitimate subjects such as the new government, Ukraine, Cannes… and then those which seem made to reignite controversy, such as the burkini affair at the swimming pool in Grenoble.

Faced with this, Nupes promises to review a lot of things in the media with an anti-concentration law, a National Media Council or even protective measures against political and financial influence in the newsrooms.