Bryant and Ingrosso became the big winners of the Grammy Awards

Benjamin Ingrosso was awarded the Grammy Awards' heaviest prize, artist of the year. But perhaps the biggest winner was Miriam Bryant, who was praised in the categories album of the year and song of the year. - I'm so proud and happy! she says to TT. 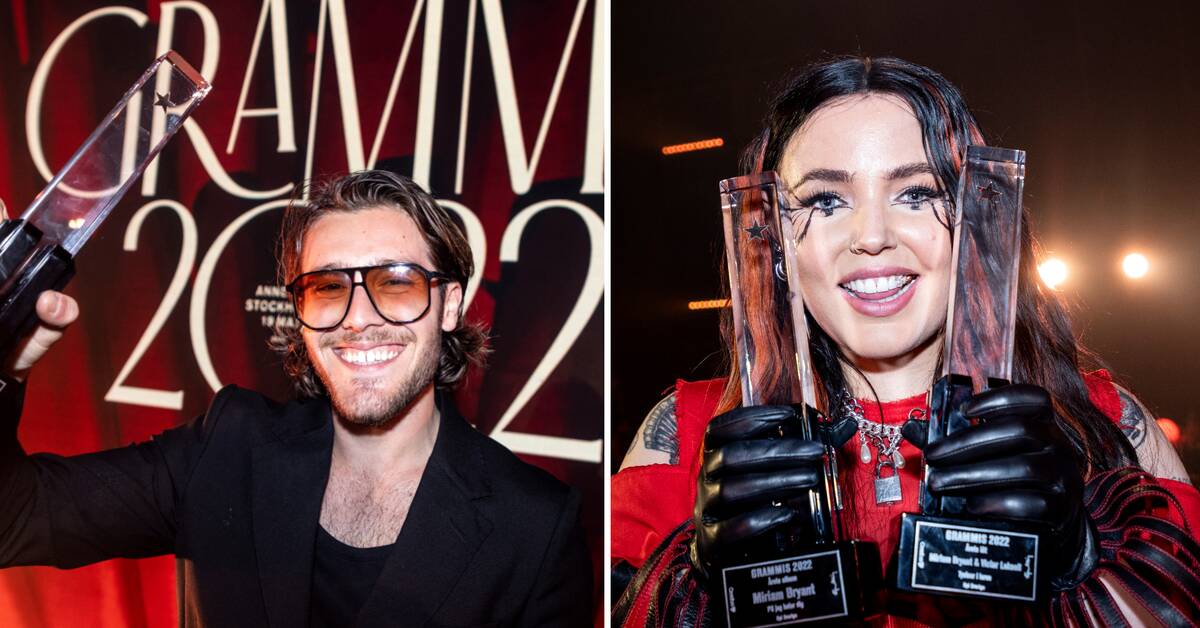 Miriam Bryant has been a frequent visitor to the Grammy Awards over the years, but without winning.

Now the 31-year-old from Gothenburg was praised for the album "Ps I hate you" and the song "Tystnar i luren", a collaboration with Victor Leksell.

- Before the album award, I was very overwhelmed, and felt "names now I do not have time to cry, I have to go on stage and say thank you to lots of people".

But I am incredibly proud and happy, says Miriam Bryant to TT.

Benjamin Ingrosso took home the gala's heaviest prize - artist of the year, which is also the 24-year-old's first Grammy.

- It's great fun to get "recognition" for what you do and last year was a very hectic year for me.

I toiled hard, it's fun to get confirmation for that, says Benjamin Ingrosso.

He says he did not expect to hear his name called out as the winner.

I did not even drink anything tonight because I was going to go home right after this.

I regret that I am not fuller than I am!

Together with Miriam Bryant, Snoh ​​Aalegra was one of the big favorites before the gala, and had to go home with a statuette for this year's soul / r'n'b.

The third big favorite Agnes was awarded in the category of composer of the year, together with Vincent Pontare, Salem Al Fakir, Kerstin Ljungström and Maria Hazell.

Here you can see all the winners of the year.

See the artists' speeches of thanks in the player above.