“Top Gun: Maverick”: in Cannes, Tom Cruise and the Alpha Jets cause a sensation

On the occasion of the rise of the steps of Tom Cruise and the film crew "Top Gun: Maverick" of which Europe 1 is a partner, at the Cannes Film Festival, the Patrouille de France, and its Alpha Jet, lit up the Cannes sky on Wednesday. A documentary behind the scenes of this second part will be broadcast Thursday evening on M6. 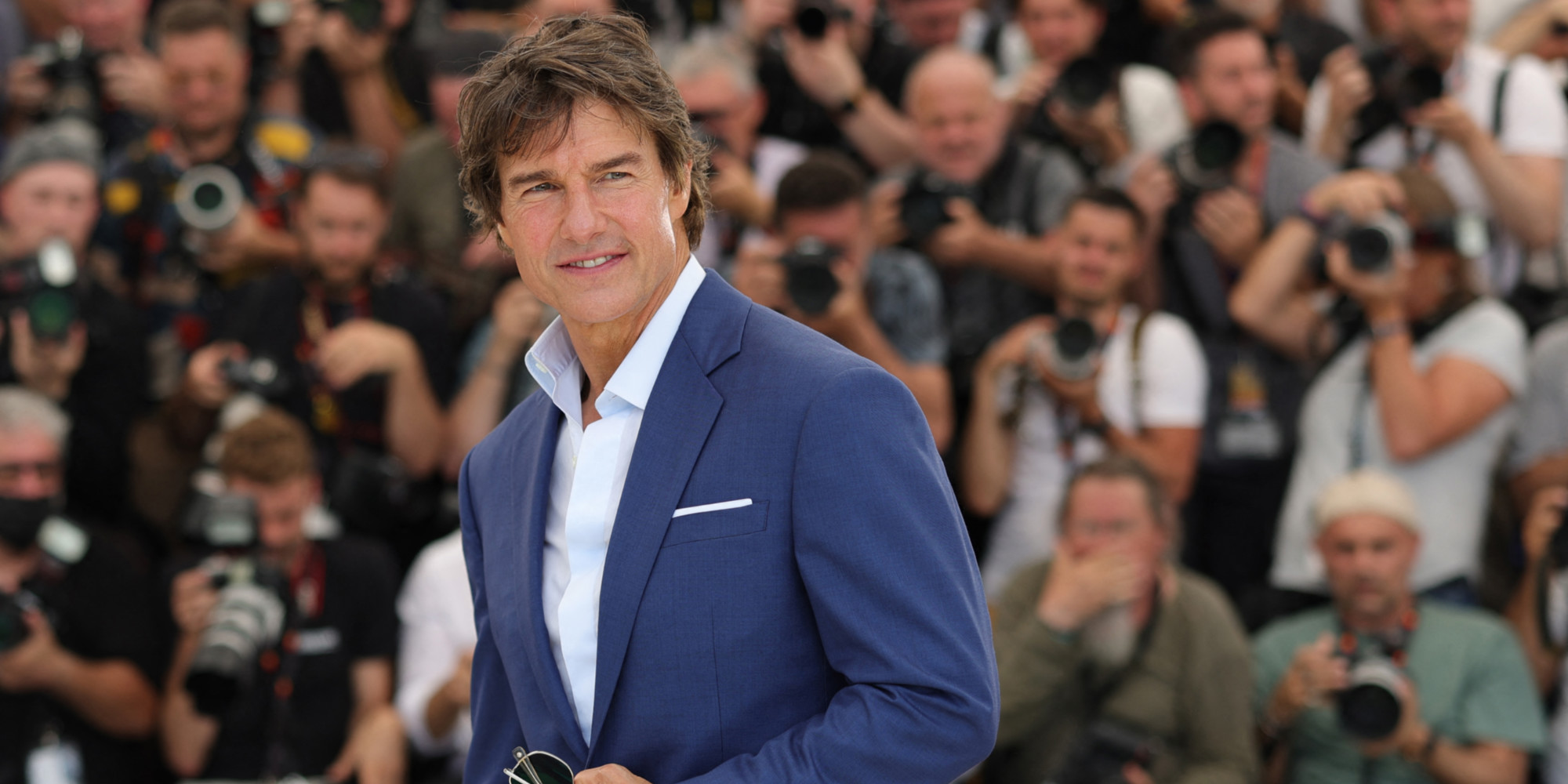 On the occasion of the rise of the steps of Tom Cruise and the team of the film "Top Gun: Maverick" of which Europe 1 is a partner, at the Cannes Film Festival, the patrol of France, and its Alpha Jet, illuminated the sky Cannes on Wednesday.

A documentary behind the scenes of this second part will be broadcast Thursday evening on M6.

It was Wednesday night's media event: actor Tom Cruise on the red carpet.

On the occasion of the preview of

, of which Europe 1 is a partner, broadcast at the Cannes Film Festival, Tom Cruise was in the spotlight.

Cameras, cameras, microphones were pointed at him.

But Tom Cruise rarely does things by halves: the actor took care of his entry, with ease, arriving by helicopter.

As he climbed the stairs, all heads lifted to the sky, since the Patrouille de France passed over the Palais des Festivals.

One of the journalists from Europe 1, Yohann Tritz, was lucky enough to be on one of the planes, one of the Alpha Jets.

In another plane, the columnist for the show

Mohamed Bouhafsi was present while Nathalie Renoux, journalist for the M6 ​​channel, was on a third plane.

With his team, they were able to film the meticulous preparation of the patrol as well as the flight for the television news of this Thursday, 12.45 and 19.45.

Contacted Thursday morning by Europe 1, Nathalie Renoux confided in this meeting between the pilots and the actor.

"The crew had met Tom Cruise the day before and I think they were very proud of that. They were able to talk about his passion for flying, some of them got there because they saw

comes to visit them, for them it was an incredible moment!"

"But on Wednesday, I felt that they were focused on their mission", continues Nathalie Renoux.

"The objective was to pass over the Palais des Festivals at the right time, in the right place, they worked all afternoon."

This report is part of a special day on M6, with the broadcast of the first

film on Thursday evening, followed by a documentary, told by Tom Cruise, behind the scenes of the second film.

This documentary is the only interview around the second part in France since the actor did not give any interview in Cannes.

France Télévisions, partner of the Cannes Film Festival, was able to snatch a few words from him, quickly, on the red carpet.

A few lucky ones were still able to hear Tom Cruise tell his story and talk about his love for cinema during a master class.

On this occasion, Europe 1, partner of the event, will organize a special day on the antenna Tuesday, May 24.