The tragicomedy of Navalny, Putin's number one political prisoner

On August 20, 2020, Putin's main opponent, Aleksei Navalny, was poisoned in Tomsk, Siberia, while shooting a documentary about corruption. His wife Yulia... 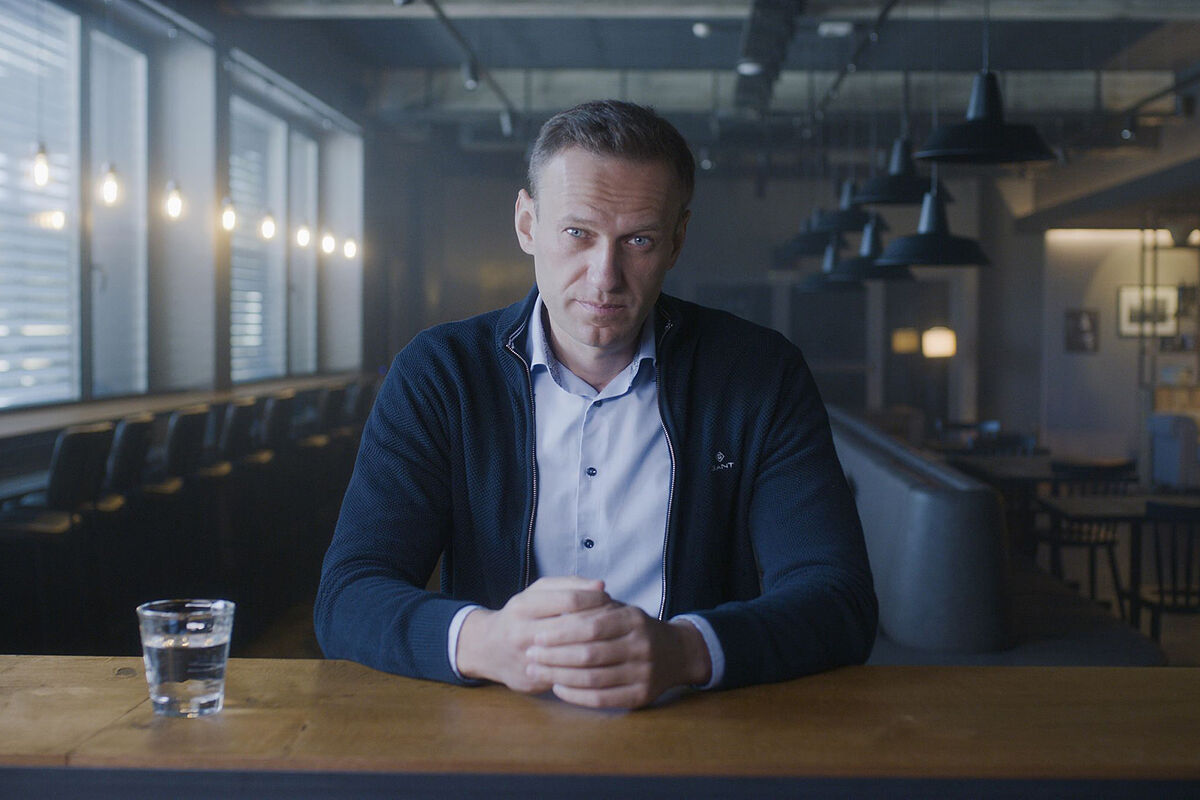 was poisoned in Tomsk, Siberia, while shooting a documentary about corruption.

managed to transfer her to Germany, where she managed to recover.

After his release from hospital, Navalny and his family decided to spend a few months in a small town in the Black Forest, gathering strength and investigating the assassination attempt.

shared with them those months of unusual European security, until Navalny decided to return to Moscow and was arrested at the same airport, where thousands of Russians were waiting for him as a hero is expected.

The result is a film,

, which today opens the 25th edition of

, the Barcelona Documentary Festival (soon to be seen on HBO Max) and which is several things: a political-criminal thriller, the portrait of a man of family, prankster and braggart who seems not to be

, and also the legacy of someone who decided to fight against Putin using three weapons: truth, humor and TikTok.

"You may hate this question but: if you were killed, what message would you like to leave to the Russian people?" Roher asks Navalny as soon as the documentary begins.

To which the opponent answers, almost

: «Oh, come on, Daniel... let's save that question for movie number two.

Let's make this movie a thriller and then if they kill me, you make a boring throwback movie."

The man who represents freedom in Russia is like this: allergic to solemnity, superstitious, a fan of Call of Duty and the father of two teenagers who have been dealing since childhood with the possibility that he could be killed at any moment.

“Please, do not be

” is the message that Navalny and his wife repeat the most when they address the Russian people.

In the documentary you can also hear that phrase so often repeated in the history of humanity that says that the only thing that evil needs to succeed is that good people do nothing.

Russia is not Putin

and Putin is not equivalent to Russia," says Rohen, "and when Navalny says that I think he is not only referring to Putin, he is also thinking of Bolsonaro, Trump and Marine Le Pen," he adds.

It's known to all non-fiction filmmakers that "being in the right place and time" is the key to getting the golden minutes of any documentary, and Rohen got them in spades.

"On the day of the calls we didn't think much was going to happen, and what happened changed everything and became something gigantic."

By "the day of the calls," Roher is referring to the heart of

: an utterly delirious and surreal moment, hilarious if it weren't for the criminal undercurrent, in which Navalny gets a Gila and calls his own

poisoners on the phone.

, whose identity he has tracked down thanks to a Bulgarian data nerd.

The story is well known, because the opponent shared it on all his social networks, where he accumulates tens of millions of followers.

In the conversation, Navalny pretends to be a superior and learns that the commando that had the mission to kill him did it by putting poison on his clothes.

Specifically, in his underpants, the most direct way for the

(at this point, Putin's personal seal) to enter inside his body.

The discovery, of course, generated mountains of memes ridiculing "Vladimir, the underpants poisoner."

And the documentary portrays very well that facet of Navalny, a star on

expert in viralizing his messages and using humor to reach the youngest Russians.

The question that arises is: how to portray someone so ultra-aware of himself and the projection of his public image?

That he invited me to shoot the documentary was accepting, in a certain way, that he was using me for his own political ambitions », admits the Canadian director.

«There was a moment of struggle, who of the two was directing the film?

It was a bit stressful », he admits.

Navalny is still in jail today awaiting trial, guarded by the same people who ordered his annihilation.

From there he has condemned the war in Ukraine.

There is a moment in the documentary in which the opponent recalls that, in his family, from a town a few kilometers from

, they never talked about politics until the nuclear accident.

"That day they forced my grandfather and my father to go out to pick potatoes to pretend that nothing had happened."

Roher is horrified by the war in Ukraine and hopes that the Russians understand that "his government is committing war crimes every day."

“If anything good can come of all this, it is that Putin turns to dust and a new era begins in Russia,” he says.

For the filmmaker, filming Navalny is a strategy to keep his figure "current" and that the world does not forget that he is

"the number one political prisoner"

“Visibility is the only thing that can prolong his life.

That his murder is something problematic for the Kremlin is what prevents it.

There's so much going on right now in Russia that if they decide to take him down, that could be

that sets everything on fire.

But you never know".

The film is prohibited there: Roher and his team are considered by

as CIA agents, "something that as a Canadian I consider especially outrageous," he ironically.

“It is difficult to break censorship in a country like Russia.

As a director, I could never encourage the Russian population to try to download the film, although we all know how incredibly efficient the Russians are when it comes to searching for prohibited information on the Internet and

I resign myself to his desperate need for information.

I don't encourage anyone, but I would understand if it was inevitable."

His plan, he confesses, is to shoot a sequel in a decade.

“I would love to film the first democratic elections in Russia.

I don't know if Navalny would win them, but it would be great if he could show up."