On the way to Jenin.. this is what Sherine Abu Akleh said in the last interview

The late Al-Jazeera correspondent Shireen Abu Aqleh said that dealing with tanks and the Israeli occupation is very difficult, as sometimes the occupation prefers to see you as a soldier and may shoot you, but the journalist must always assess the situation. 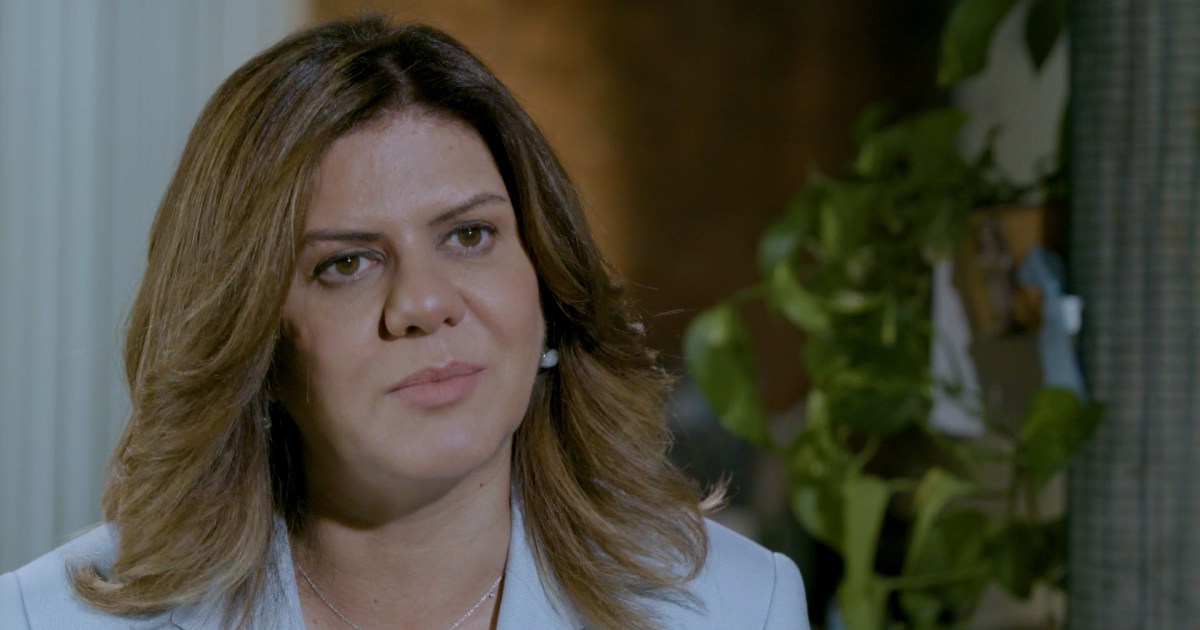 And she added - in the last interview that Al-Jazeera had with Abu Aqila on 07/13/2021 - that the difficulties of field coverage of the war were represented in the journalist maintaining his safety in parallel with conveying his message with all professionalism, it is difficult to be in an area where the journalist himself is under threat and bombardment With missiles, he has to carry out his journalistic mission at the same time.

It is not possible to talk about the second intifada without mentioning the Jenin camp, especially since Al-Jazeera was among the first stations that transmitted these events, despite the lack of capabilities at the time.

As if recounting the events of her assassination, she said that Jenin during the second intifada was one of the areas where if any tank encountered you on the road, it would come under fire, and she and her colleagues were striving to hide from the sight of the Israeli soldiers.

At every moment, she expected the news of the martyrdom of people she met and visited in the camps, and therefore she described them as difficult days.

The targeting of the security and official agencies created the challenge of accessing information for the journalist.

Another important coverage of her was Israel's withdrawal from the Gaza Strip, where she said that she was proud of it because she witnessed the moment of the evacuation of settlers instead of conveying the image of the Palestinians who were abandoning their homes.

Among her distinguished experiences is entering Ashkelon prison to transmit the voice of prisoners for more than 20 years, noting that some prisoners were also detained with their children.

She said that wherever the camera was placed, they were seen as filming in a prohibited place, even if there were Israeli media outlets in the same place.

She mentioned that sometimes cars with settlers come to search for Palestinian or Arab journalists, and sometimes they ask specifically about Al-Jazeera journalists.

She always said that you feel targeted, indicating that targeting by settlers is more difficult because they are unruly and armed at the same time.

She referred to the incident of arresting her colleague Guevara Al-Budairi during the events of Sheikh Jarrah, who was assaulted by the soldiers and would have been accused of assaulting one of the soldiers had it not been for the existence of records proving otherwise.

She added that sometimes there is a difficult feeling that combines human feelings to defend the innocent and carry out the journalistic mission with impartiality.

Sherine Abu Aqleh joined the Al-Jazeera team in 1997 after a call from Walid Al-Omari, the director of Al-Jazeera's office in Palestine, and during more than 20 years she covered various events, including negotiations and elections in Palestine and Israel.

But the most prominent event that left a great impact on itself was the second intifada, especially since Al Jazeera played an important role in conveying its reasons, and said that they were forced to sleep in the office, hospitals, cars or citizens' homes, but this gave it a sense that it was able to convey the Palestinian voice.

It is noteworthy that the Israeli occupation forces assassinated Shireen Abu Aqila while covering the storming of Jenin camp on the morning of May 11, 2022, with a bullet to the head.