Oman, the surprising destination of the Persian Gulf that you should know before it is too late

It is the country of Sinbad the Sailor, of incense -this is the largest producer on the planet-, of dates of 100 types and of the most expensive perfume in the world. It also hides one of the... 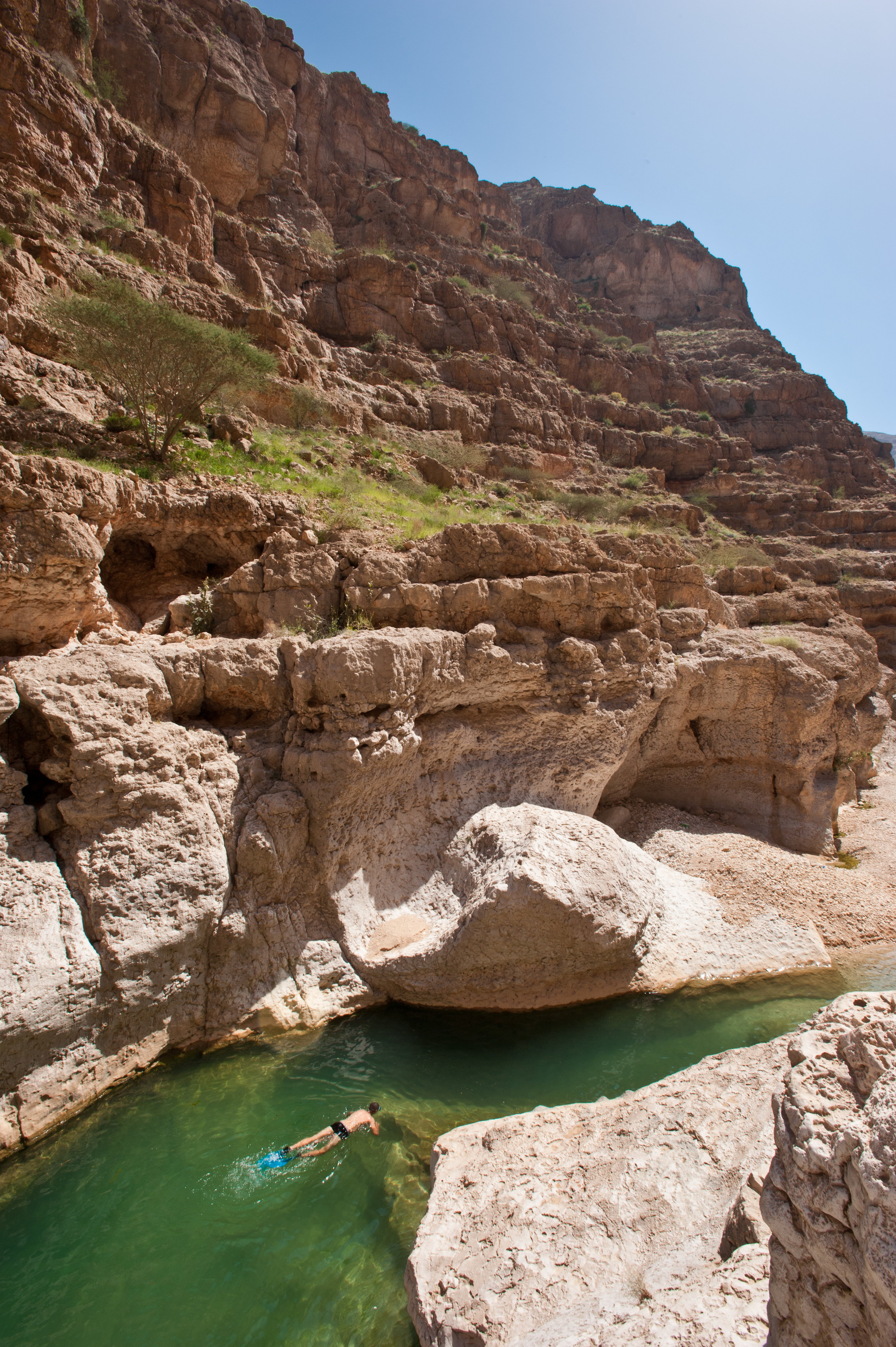 It is the country of

of incense -this is the largest producer on the planet-, of dates of 100 types and of the most expensive perfume in the world.

It also hides one of the most virgin deserts,

that are not even seen in the Caribbean, gorges in the style of the Grand Canyon of Colorado and flying daggers only suitable for unwielding them in case of mortal affront.

This is Oman, the sultanate of the Persian Gulf the size of Italy where

live (the alpine country is close to 60) considered, even today, one of the great unknowns in the area.

the Arabian Peninsula are discovered,

, which describes it as "the best kept secret in the Middle East

about to cease to be."

And we confirm it.

Because, in how many destinations in the world can one dive in crystal clear waters, wake up in a

climb vertigo canyons and enjoy one of the most beautiful sunrises from a tent?

in one of the enclaves of the mythical Silk Road.

Its curious (and highly varied) topography means that the country even has one of the most interesting cycling tours on the international circuit.

Snorkeling among the canyons of Wadi Bani Khali

It is what Oman

, apart from authenticity and

away from the masses and the ostentation of its Arab neighbors

on the petrodollar bandwagon.

The sultanate also has them (natural gas and oil account for 65% of public revenue and 90% of exports), but prefers to show them off in a measured way.

Nor can it be each of your father and your mother.

For this reason, the design with roots in desert settlements and light tones that chase away the sun are constant.

THE SWITZERLAND OF THE MIDDLE EAST

Nothing to do with the pharaonic constructions of Dubai, with which it shares a peninsula, a nomadic past,

ceremonies such as tea

and dates to bore you.

But little more... Even so, it is the first place with which the

"We want to discover in person what Oman is like because they ask us a lot if it's Dubai-style," says Ana Gil, a Spaniard specializing in

-made tours of the sultanate.

"It is an ideal destination for honeymoons because it has luxury hotels, beautiful beaches, relaxation, adventure, history...", she adds.

It is a summary of what the traveler who visits this unexplored corner, considered

the Switzerland of the Middle East

for being a strange

island of stability and neutrality

in the region, will find.

We must add curious records such as being one of the cleanest and safest countries.

, a quiet city of 1.3 million inhabitants with a

to walk around, an Opera House in the image and likeness of the one in Paris and a covered souk that delights lovers of handicrafts and bargaining.

Another of its emblematic buildings is missing:

a refuge of traditional Arab and Indian influence, or

, a palace of the thousand and one nights.

Both are located at the foot of the beach, that beach of white sand and turquoise waters that characterizes the country's coast, with 3,165 kilometers.

Relax in the pool at The Chedi Hotel.

The outskirts of Muscat hide another secret:

the most expensive perfume in the world.

With a Franco-Arabic name, it is made up of 120 ingredients, including frankincense (of course) and myrrh.

"The containers, made of gold, replicate

as the handle of the Omani dagger (

or the domes of the mosques, in the feminine ones", points out Alexandre Helmani, head of

, during the presentation of its latest

, inspired by the rose of the mountains and the homonymous oasis.

where a perfume should be applied

: "The wrist, below the neck, on the inside of the elbow and behind the knee, since crossing the legs will spread the smell".

One of the characteristic turquoise beaches of Oman.

A NIGHT IN THE DESERT

We set course for one of the most virgin deserts on the planet.

It should be noted that 80% of the Omani territory is just that,

which does not mean that authentic oases, with their palm groves and blue lagoons, creep into the landscape.

one of the most idyllic, full of natural pools where it is not only possible to take a bath between film cannons, but also receive a

the fish that inhabit its waters.

Two camels in the desert of Oman.I.

On the back of a camel, members of local tribes such as

Said and his son Mohammed

are in charge of guiding travelers to the tents (there are 10 doubles with their bathroom next to them), but not before enjoying a champagne-based welcome, surfing or 4x4 rally between the dunes and

Tent at Magic Camps glamping in the desert.

), with furniture made of

as wood or bamboo, have an elegant Berber design, which is repeated in the main tent, where meals are served.

An example of the banquets: Arab salads,

tuna tartar and, for dessert,

"You can dine in the tent or under the stars," says Jad Naaman, one of the founders of

Of course, afterwards there is a traditional music show by Bedouins and a master class in astronomy, since it is one of the purest skies in the world.

Nor can you miss the contemplation of the sunrise.

Calm down, they warn at the exact time to wake up.

The next stop leads to

, former capital and cradle of Ibadism, the Omani branch of Islam.

The best day to visit is Friday for its

You should also visit the souk and the fort, with a characteristic circular tower full of trapdoors through which boiling oil was once poured to scare away enemies.

A few kilometers away rises

, where the highest peak in the country, Jabal Shams, is located at 3,000 meters.

It competes in majesty with the

the Grand Canyon of Arabia

, with a depth that reaches a difference of 1,000 meters.

Cozy, exclusive and with a great

offer translated into several specialized restaurants, it is

one of the highest five stars in the world,

so the views are spectacular from any corner.

We recommend two: the infinity pool and the Diana viewpoint, so named because

herself enjoyed it as a child on one of her official visits to Oman.

Yoga in the so-called Green Mountain.

fly to Muscat with a stopover from €500.

WHERE TO SLEEP AND EAT:

Ideal as a base of operations in the capital.

To the Bustan Palace

Luxury and sumptuousness in the style of the thousand and one nights.

It is on the beach.

Five-star 'glamping' in the desert.

Five stars from Minor Hotels (NH Group) on the mountain with a viewpoint, infinity pool, spa and restaurants.