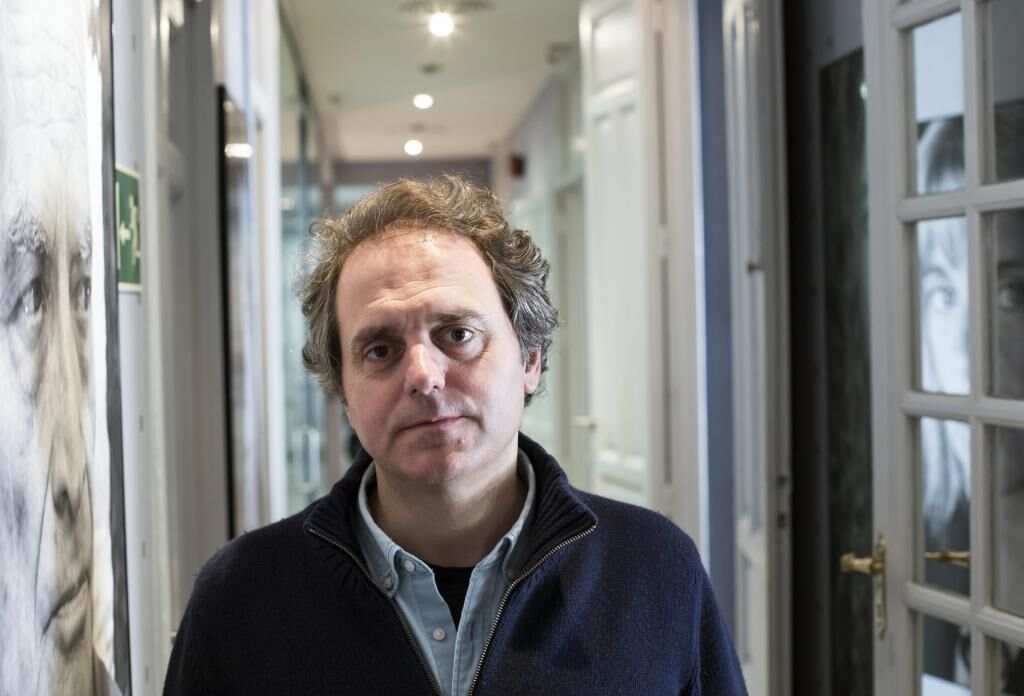 (Siruela, 2019), the novel that triggered the fame of Domingo Villar, there were

, to explain the aggravating and mitigating factors of the murderer of that well-known girl but with a slightly bohemian life that disappeared in the first pages of the book.

Contrary to the unwritten norm of the criminal genre, Villar was not interested in evil, let alone violence, but in good.

It would seem that Leo Caldas, the detective in

and in two other novels, did not explore the motives of the crime, but rather

investigated the underlying goodness of all the false culprits.

who were ahead of him in his investigations.

It would seem that his method consisted in believing in people, with all their paradoxes, until one of them did not live up to that trust and was found guilty.

Domingo Villar has died in Vigo, in his city, at the age of 51, victim of a cerebral stroke, and it is a temptation to think, in the sadness of his death, that

Everything around the plot, so rationally exposed, had a second reading of almost Machadian goodness: parents and children, longed-for friends and loves, nights of looking at the stars, rootedness and citizenship... Domingo's novels were also about all that Villar.

More Markaris than Sjöwall and Wahlöö, more psychological than political crime novel, to understand us

The first origin of Villar's literature was in his father, a character who appeared in any conversation with his son.

That man, a Galician vintner who was the obvious model of Leo Caldas's father in the novels, had been an amateur writer, author of couplets for the holidays and, perhaps (this detail will be difficult to confirm) of popular stories that he had to paper for personal pleasure.

The important thing is that Domingo Villar told that from that dreamy gentleman he inherited a very simple and happy idea of ​​literature: that of the story

before a bottle of wine, some friends and a fire

It is a small consolation to think that the last book published by Villar during his lifetime,

(Siruela, with illustrations by Carlos Baonza) is the one that comes closest to that memory of the oral story as a celebration.

"There are people who bring wine when they are invited to dinner and I bring stories," explained Villar in EL MUNDO after publishing

In the prologue to that collection, the writer from Vigo explained the other key to his literature:

"I read my texts to my father but he died and I had to look for other penitents. I wasn't looking so much for his approval, but rather to listen to myself because I firmly believe in the oral value of texts.

When I feel that I write well, I always it is for the music, more than for what is strictly literary

", Villar explained in this interview.

And he continued: "The Galician and the Spanish that are spoken in Galicia have a very special sound, they are more euphonious.

I think that the speech that is heard in Galicia, the Portuguese of Brazil and the Italian are the most melodious forms that exist

, at least in the Latin family. And that is an advantage when you write but it is also a danger, because it is easy to think that your texts are much better than they really are.

The reference to Galici's speech is the thread that allows us to finish weaving the portrait of Domingo Villar, from his books.

Villar, a man from Vigo who spent almost his entire adult life in Madrid, supposedly happily, and who worked in a private company until he published

(2009), only dedicated a commissioned story to the capital.

Everything else was an evocation of the Vigo estuary

, its sound and its people.

"There is that idea of ​​the Galician as being anthropologically complex...", explained Villar in these pages.

"It's a phrase by Cunqueiro, it refers to

the mixture of credulity and disbelief of Galicians

Talking with Villar was a wonderful experience, full of unforgettable phrases: "I like to compare black novels with

, which is a love song by Vinicius de Moraes," Villar explained in another interview in EL MUNDO.

, he appears first in the prelude, he sings his melody, then a woman's voice appears and sings another melody, and

then the two voices join in the chorus

. That's what happens in crime novels: you have a story in the past, which is the crime, and another in the present, which is the investigation, and there is a moment in which the two stories converge. I have worked with luthiers for this novel [

I look for materials, good woods, I try to treat them with patience and care and I hope that later they sound good

". That is also what being a good person consists of.