Where did Park Bo-gum quietly visit after being discharged? 'Nursery' that has been sponsored for 10 years

Actor Park Bo-gum, who has been volunteering at an orphanage even before enlisting in the military, has been revealed to have done good deeds even after being discharged. Today, on Park Bo-gum's official fan cafe 'Bogum Welfare Ministry', 'Reviews on the donation of love-sharing goods for 2022 Children's Day' were uploaded. 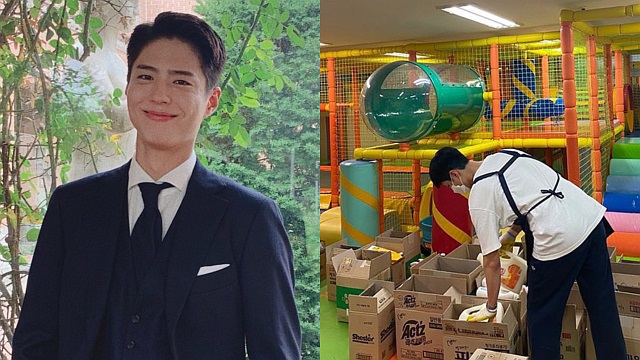 Actor Park Bo-gum, who has been volunteering at an orphanage even before enlisting in the military, has been revealed to have done good deeds even after being discharged.

Today (17th), 'Reviews on the donation of love-sharing goods in 2022' were uploaded to the official fan cafe 'Bogum Welfare Ministry' of Park Bo-gum.

According to the article, it was reported that Park Bo-gum visited an orphanage that he had sponsored for a long time and volunteered.

The place he visited was 'Myungjin Wild Flower Love Village', where Park Bo-gum and his fan club 'Bo-gum Welfare Department' and his agency Blossom Entertainment continued to support and volunteer.

The nursery school said to the fan cafe on the same day, "It is the 10th year this year since we met for the first time in 2013."

The nursery school said, "The items sent every year are very usefully used by children. Thank you for your unchanging love. The items sent by the 'Bogum Welfare Ministry' this year were arranged by actor Park Bo-gum himself." He said that Park Bo-gum did everything from separation to garbage disposal.

In addition, Park Bo-gum said that he spent time with the children in the dormitories and playrooms where the children of the orphanage live on that day, making eye contact and talking affectionately.

Finally, "I would like to thank actor Park Bo-gum and the Bo-gum Welfare Ministry for quietly walking along this path with quiet good deeds even in places that cannot be seen for the past 10 years. I gave it to the fans,” he said.

In the photo, Park Bo-gum was wearing a white short-sleeved T-shirt and a black apron, unpacking and organizing items, and was proficient in recycling the last box.

Meanwhile, Park Bo-gum has been volunteering at an orphanage informally since 2013.

Even before her enlistment in August of last year, she had planned to meet the kids, but she didn't have a face-to-face meeting due to the spread of COVID-19.

She eventually gifted her handwritten letters and cakes for her children to Park Bo-Gum and she enlisted in the military.