Legislative in Lebanon: "Clearance has played a part, but not enough to upset the system"

In Lebanon, the hopes for change expressed by the protest movement of October 2019 are not met with the legislative elections. The results, only part of which have been officially… 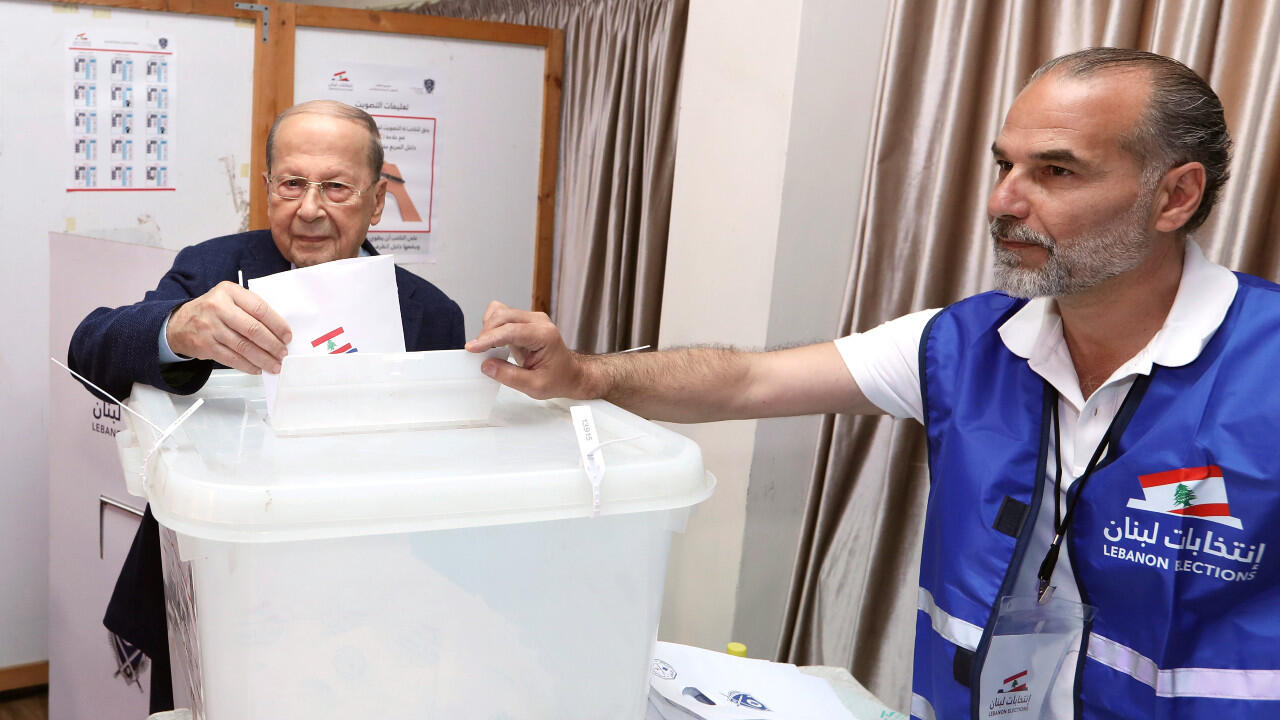 The Lebanese Minister of the Interior, Bassam Maoulaoui, unveiled, Monday, May 16, part of the official results of the legislative elections organized Sunday in the country of the Cedars.

“The announcement of the final results will take time,” he said during a press conference organized in the afternoon.

Overall, these results show that the balance of power has not been profoundly upset by the voters, notes Karim Émile Bitar, director of the Institute of Political Science at Saint-Joseph University in Beirut and director of research at the 'Iris.

According to the latest official figures, the overall participation rate reached Sunday at 11 p.m., 41%.

A figure deemed disappointing by observers, three years after the October 2019 protest and almost two years after the explosion of August 4, 2020 at the port of Beirut, which had crystallized the anger.

"These legislative elections have produced a more fragmented Parliament without a clear majority, since while Hezbollah has managed to maintain its Shiite bloc, it seems to have lost its majority, he explains. Its allies have been considerably weakened, especially in the streets where President Michel Aoun's party, the Free Patriotic Movement (CPL) has retreated, while its great rival, the Lebanese Forces (FL) party, has made significant progress, as has the Kataeb".

According to the results provided by the Lebanese Interior Ministry, it appears that the next Parliament will be very polarized, with essentially two antagonistic blocs, one led by Hassan Nasrallah's Hezbollah and its allies, the other by the FL of Samir Geagea and their allies, who will face each other.

The election was also marked by a few security incidents which opposed supporters of these two antagonistic political forces, acts of intimidation in certain regions controlled by Hezbollah, and serious attacks on the electoral process.

The Lebanese Association for Democratic Elections (LADE) has identified more than a hundred violations of the electoral code, as in the tweet below showing supporters in Hezbollah colors singing in front of a polling station in Beirut.

— LADE (@LADELEB) May 15, 2022 Hezbollah supporters outside and inside the polling station at Lycée Abdel Qader in Beirut, on election day.

According to Karim Émile Bitar, the results show an "intense polarization" which followed the serious security incidents in Tayyouneh which opposed these two camps, and which provoked "a reflex of identity voting around 'the strong man of the community This, he explains, also benefited Hezbollah, which presented itself as a victim of Western pressure to disarm it, and it also worked in favor of the Lebanese Forces, who wanted to turn this election into a referendum 'for or against the arsenal of the Shiite party'".

An "intense polarization" which risks causing stubborn political blockages and paralyzing Lebanon when it comes to forming a new government and when the deputies will be called upon to elect a new president next October.

On October 31, 2016, General Michel Aoun was elected President of the Republic more than two and a half after the end of the mandate of his predecessor, Michel Sleiman, after a compromise was finally found by the various forces that made up Parliament. .

The opposition breaks through in several constituencies

However, independent candidates or candidates from the new opposition – close to the protest movement – ​​have won their bet in several regions of the country.

Some, like the former journalist Jad Ghosn, only failed by a hundred votes in the constituency of Mount Lebanon II.

Others, who presented competing lists against those of power, paid the price of division.

In total, at least ten candidates from the opposition lists will go to Parliament, while the counting of the votes of certain constituencies was still in progress on Monday, at the start of the evening.

“There have been some very significant breakthroughs by certain reformist opposition candidates when they faced enormous obstacles and opponents benefiting from very powerful clientelist networks aligned with regional powers, underlines Karim Émile Bitar. The voters, especially from the younger generation, did not only vote to sanction the parties in power but for change, by seeking to bring out new figures with concrete projects on the political, social and environmental levels.

The director of the Institute of Political Science at Saint-Joseph University in Beirut cites as an example the candidate Najat Aoun-Saliba, professor at the American University of Beirut and expert in environmental protection.

The latter managed to break into the Chouf region on the "United for Change List", supported by opposition groups close to the protest movement.

His running mate Halimé el-Kaakour, a university law professor and one of the figures of the 2019 protest movement, also managed to get elected in the same constituency.

"We have won... The dreams of the young men and women of this sad country have triumphed. Together, we have hammered new nails into the coffin of this criminal regime. Since the Chouf, you have said no to the policies of corruption, of theft, quotas, bigotry and clientelism, you have proven that you are free", she wrote on her Twitter account.

In the south of the country, stronghold of the Shiite tandem Amal and Hezbollah, a candidate from civil society, Elias Jarade, created a huge surprise by winning a seat thanks to the support of opposition groups close to the protest movement.

In a sign of some relative change, pro-Syrian Druze leader Talal Arslane, leader of the Lebanese Democratic Party and member of parliament since 1991, lost his seat.

As well as Wi'am Wahhab, a deputy and former minister who has never hidden his closeness to the regime in Damascus.

"The decline of the forces allied to Hezbollah and the breakthrough of certain protest figures only demonstrate a marginal rebalancing, since the traditional parties will all still be present in the next Parliament and remain electorally well anchored", decrypts Karim Émile Bitar.

The hated political class – and accused of having ruined the country by the hundreds of thousands of demonstrators mobilized during the protest movement of October 2019 – will have finally resisted well in the ballot boxes.

Patronage and loyalty to the "zaïm", the leader from the community, is tenacious in Lebanon.

"There are still a lot of captive minds in the country in the sense that the traditional parties have a considerable number of supporters and the cult of personality of leaders playing on the fiber of community is still very present."

"The degagism has played in part, but not enough to upset a community, feudal and clientelist political system that has become completely sclerotic and dysfunctional, deplores Karim Émile Bitar. The dice are so loaded at the base, due to an electoral law cut on measure to facilitate the renewal of the main forces of the political class, that the few encouraging breakthroughs of the opposition will probably not be enough to introduce a new political praxis and an overhaul of institutions".

Dating back to the 1920s and consolidated in 1943 by the National Pact (an unwritten intercommunity agreement), the political system in force in Lebanon – which has 18 religious communities – is based on the principle of consensual democracy.

It is also based on a denominational distribution of official and administrative functions.

The President of the Republic and the head of the army are still Christians – Maronites, precisely – while the Prime Minister is Sunni and the President of Parliament comes from the Shiite community.

Finally, while the traditional divide between the right and the left is non-existent in the country, the ministerial portfolios and the 128 seats of deputies are divided equally between Muslims and Christians.

“We used to talk about the resilience of the Lebanese, but today we realize that it is the parties in power that are, ironically Karim Émile Bitar. They can record some setbacks or see allies lose elections, but they always manage to control the institutional workings of the country".

"Thus, regardless of the parliamentary majority, arithmetically speaking, Lebanon being a consociational democracy, that is to say a political model based on the need to share power between different communities, Hezbollah will always manage to impose itself in the big decisions, notes Karim Émile Bitar. As he holds all the Shiite seats, he will want to be represented in the institutions and in the next government".

And to conclude: "The challenge for the opposition in the years to come will be to work for a modification of the very foundations of the political system and not to be satisfied with embellishing the facade by replacing certain detestable figures by others more sympathetic ."