Invisible on social networks? Only one in four Twitter messages mentions a woman

The girls don't talk, they never ask, only the boys", says film director Mabel Lozano. She refers to her own experience when she lectures at... 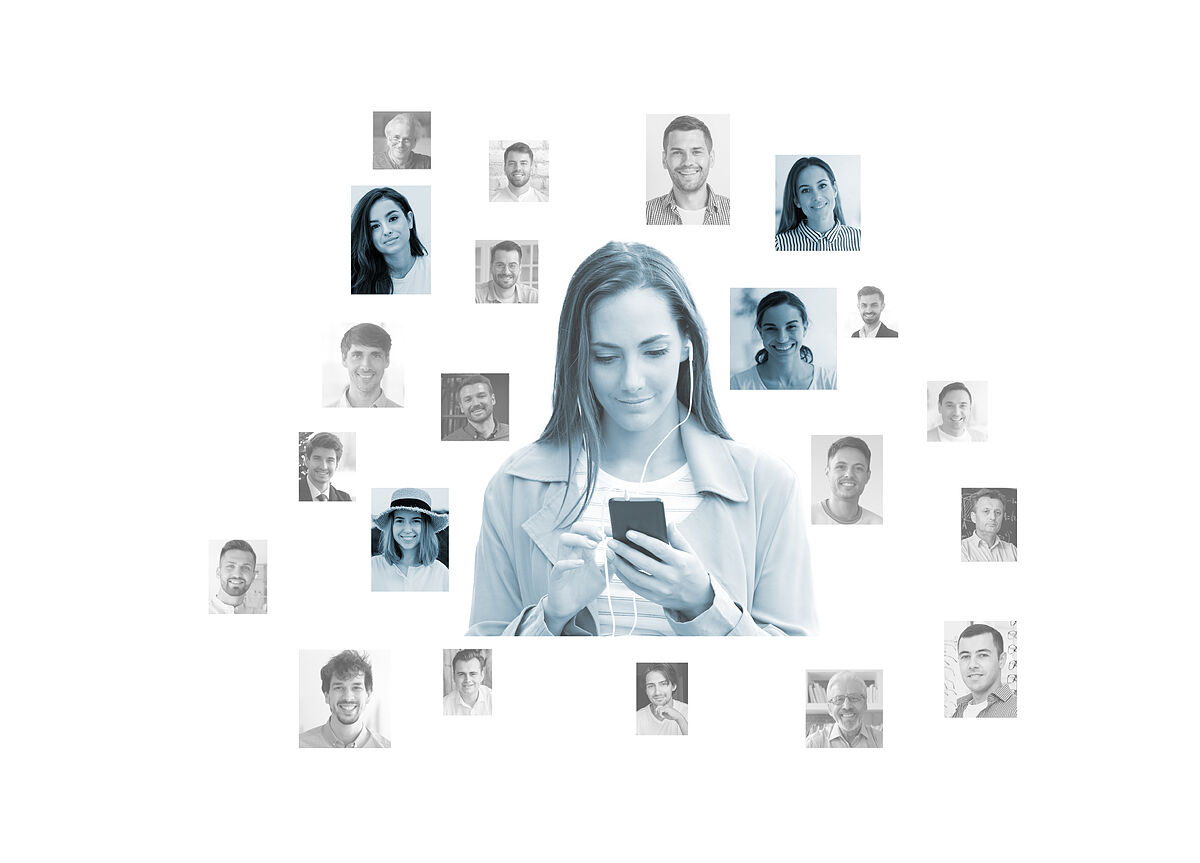 don't speak, they never ask, only the boys," says film director Mabel Lozano. She refers to her own

when she gives lectures at different institutes and universities after screening her films. "They dare and cheer, they feel modesty for taking over that stage;

, they are not capable", she says during the meeting 'Invisible Women: the ones we look at and the ones we don't see', in which she addresses the lack of female visibility together with the writer

The situation that she reflects is also evident in social networks and in the digital conversation that is generated in them around women: only one in four

This is stated in the report

Leading women at the threshold of visibility' carried out by LLYC,

an analysis of the digital conversation about

in politics, business and journalism that highlights the difference in efforts dedicated by women to value their

Compared to men, they do 33% less, according to studies published in the Harvard Business Review.

These are data that reflect the lack of

of women, one that "affects all their facets" and that does not contribute to their empowerment, but quite the opposite, places them "on the

", says María Martínez-Lirola, professor at the University of Alicante and author of the essay 'Exploring the invisibility of women from different cultures in society and in the media'.

In her opinion, "women's contributions

to society are barely reflected

," and in this scenario it is impossible for both genders to share power and decision-

The figures are especially shocking in the case of businesswomen;

they are barely mentioned in one out of every 100

The conclusion is clear: in the digital conversation, directives practically do not exist, so a young woman, active in social networks and who aspires to lead a company in the future, only has one reference: the image of a man doing it.

Why are there few

voices ? Why aren't women more encouraged to cross that line and make themselves visible?

According to the 'Women in the Workplace' report carried out annually by McKinsey & Company in collaboration with Lean In, feeling "the

" in what you do influences and sets you back.

That is, when perceiving a conversation in which they can be considered as

, many women prefer not to cross the threshold.

that loneliness and the lack of

"Until the age of 35, women have some visibility," explains the writer.

Normally this is due to physical appearance or "certain

, for example being an actress, singer, dancer, athlete... There are a few

, which are shown as an example and then disappear in the mass. What happened to the student of brilliant Biology that was going to be the great hope? Or with the winner of the 2020 Planeta Prize? I am an exception, but I have not opened any path, I continue to be an

And an example that often whitewashes what is wanted to be prevented, because 'there has already been one'... If we talk about famous painters we mention Frida Khalo, her figure will be worth us for generations". But there is no more, one is

for everyone. And as she says, age doesn't help either. As we women get older "we find ourselves in a

". She, at 47, assures that she has to clear most of the problems alone and "become in his own teacher.

But it is not only men who talk less about women on social networks;

they themselves use them very little to promote themselves.

Among other reasons, due to less confidence in their own professional

and because they are not as convinced as they are that doing so will bring them advantages and economic incentives.

have been very active in what has to do with promoting beauty, sensuality... Men have used them more clearly and directly for professional self-promotion, with less blush in terms of self-recognition, for example of their own

professionals", affirms Alejandra Nuño, a sociologist expert in business growth, who emphasizes that "women have historically been 'educated' to be more

, discreet, cooperative and to cede their successes to third parties in favor of balance and the good of the community, including the workplace.

In addition, "many women prefer to reduce their

and go unnoticed on social networks to avoid becoming the center of criticism or feel judged", points out the Therapie Chat team of psychologists, led by Aída Rubio, "they have historically been

in traditionally masculine roles, and to this is added the lack of authority attributed to them, especially in politics or economics.Their

in the areas with the greatest business impact has also always been one step behind, which has led to a

it is very different for men and women", says Espido Freire, and very often, "when we talk about the big issues that interest us, they are considered trivial".

For the same behaviors, they are

For example, superiority, arrogance or a controlling character generate twice as much negative sentiment towards women entrepreneurs as towards men.

They also rate theoretically objective characteristics negatively and especially critically, such as

In fact, it is in the corporate world that the most negativity on Twitter towards women occurs.

"Although more and more women hold

, continues to be an area dominated by men, and gender roles have perpetuated values ​​of how they should behave and what the functions of each other are," says Aída Rubio.

Logic would then point to the fact that if women are punished for being ambitious (they are 27% more ambitious than men), they should be appreciated for being

, helpful or constant in their efforts.

But the opposite happens.

Also in these three qualities they are

twice as harshly as men.

"This not only makes women feel more

and insecure on social networks, but also makes them feel that their opinion is undervalued," says Rubio, which causes the step back and the

: they avoid promoting themselves for not be penalized, but this lesser presence has negative

However, conversation on social networks is 3.65% more violent towards men and, in addition, Spanish

receive twice as many messages with support and explicit affection than their male colleagues.

Although here the female perception also has its B side. Women receive

messages of encouragement, but with somewhat

Why does the language used to address the female sex change?

"Those expressions convey the feeling that he is

or overprotective of women.

It is a very widespread and deep-rooted habit, which is often practiced unconsciously, but which is actually the result of a long history of

On the other hand, when women leaders take an

role and increase their visibility on networks, the impact on the balance of the conversation is very noticeable, says the report.

"It may be that this trend

behavior has been 'until now.'

", says Alejandra Nuño, "increasingly they will be free to use social networks as much or the same as men. And to make use of them for their own job recognition, because they are extraordinary networking and weaving cooperative relationships,

However, it is urgent to increase the visibility of women leaders, especially in the

The greater the female presence in the conversation, the faster the biases will be corrected;

ambition will no longer be less perceived when it is personalized by a woman, and characteristics such as vulnerability will simply be seen as different forms of

For this it is essential to lose the fear of what they will say.

In this sense, the psychologists at Therapie Chat offer three tips to encourage you to increase your presence on the networks: