“You believe it!”: Benny Andersson talks about the new ABBA show with digital avatars

At the end of May, ABBA's Voyage show will premiere in London. Instead of the members of the legendary quartet, their digital avatars will take the stage. They will look the same as the artists in the 1970s - during the heyday of the team. The studio of George Lucas worked on the development of avatars. The concert will be held regularly and will include 22 ABBA hits. It is possible that in the future the project will go on tour. 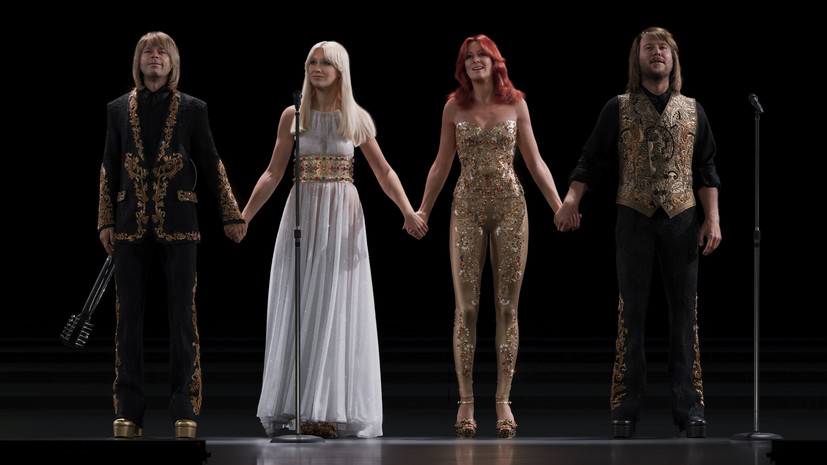 On May 27, ABBA's Voyage show will premiere at the Queen Elizabeth Olympic Park in London.

After that, the concert will be held regularly - seven times a week.

Founding member Benny Andersson and producers Ludwig Andersson (Benny Andersson's son) and Svan Gisla spoke to Rolling Stone about how the show will be set up.

The concert will last 90 minutes and will include 22 ABBA hits.

Instead of the artists themselves, their digital avatars will appear on stage - they will look like members of the cult quartet in the 1970s, during the heyday of the team.

The event will also feature live musicians assembled by James Righton of the Klaxons.

“We were intrigued by the idea that we could be on stage and not actually be there,” says Benny Andersson.

— We kind of merged together with our understudies.

Don't ask me exactly how it works because I can't explain."

It was originally planned that the show would be organized using holograms, but in the end it was decided to create avatars - they look more natural.

“I see that I am standing on the stage, talking to you.

There is no implausibility here - you believe in it! ”Benny Andersson says.

The avatars were developed by George Lucas' Industrial Light & Magic company, which participated in the production of the films The Eternals, Red Notice, No Time to Die, the Star Wars series, and many others.

With over 1,000 visual effects artists working on the show, Voyage is ILM's largest project.

ABBA members performed for four and a half weeks from 10:00 to 17:00 in front of 200 cameras in special costumes, allowing them to shoot footage suitable for work with motion capture technology.

A complex lighting system was invented for the production - concerts often use one lighting system, but this show uses 20. As a result, the organizers managed to create avatars that fully reflect living artists, but at the same time convey their energy in their youth.

“When you are 75, you can no longer ride like you were at 34,” said Benny Andersson.

What will happen to the Voyage show next is still unknown.

It is possible that later the team will go on tour or change the repertoire.

However, according to the producers, they most likely will not take on such projects anymore.

Svana Gisla explained that she did not consider it right to organize such concerts with performances by deceased artists.

She emphasized that in this case, the show was staged thanks to the participation of ABBA - without the musicians, the digital concert of the Swedish four would not have happened.

The Swedish pop group ABBA began its career in the late 1960s and early 1970s in Sweden.

Its name consists of the first letters of the names of the participants - Agnetha Fältskog, Bjorn Ulvaeus, Benny Andersson and Anni-Frid Lyngstad.

By the mid-1970s, the group's songs occupied the first lines of international charts.

Among their hits are Waterloo (with which the group won the Eurovision Song Contest 1974), Mamma Mia, Gimme!

After releasing the album The Visitors in 1981, ABBA disbanded soon after.

At the same time, Bjorn Ulvaeus and Benny Andersson continued to cooperate.

In particular, they worked together on the musicals Mamma Mia!

In 2018, the Swedish disco group again appeared on the news radar - then the artists recorded two new songs.

They wrote on social media that these songs are reminiscent of ABBA classics and evoke nostalgic feelings.

“I feel like a little girl again listening to her parents sing Mamma Mia at karaoke,” a Twitter user writes.

I can't fucking believe it sounds exactly the same.

Another blogger noted that with their new album, “70-year-olds (artists. -

) with exquisite skill turn back the clock.”

Critics generally agreed with the reaction of the general public, however, what the fans saw as an advantage, the professionals did not consider it an outstanding achievement.

Thus, the author of The Daily Mail, Adrian Trills, noted that ABBA songs are now a trend of electronic music of the last decade.

According to the expert, artists began to repeat this style "instead of being trendsetters themselves, which they once were."