The Romanian jury's vote in favor of Moldova was "superseded" on Saturday at Eurovision for a "substitute calculated in a non-transparent manner", has denounced... 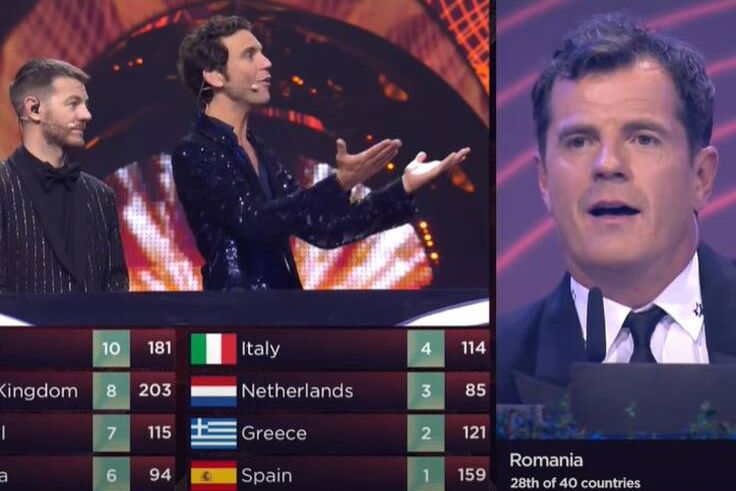 in favor of Moldova was "replaced" on Saturday at Eurovision by a "substitute calculated in a non-transparent manner", Romanian state television TVR has denounced.

"We were unpleasantly surprised to see that

in the final ranking, as the organizers awarded another series of scores to the final contestants," TVR said in a statement.

On Saturday, the country's 12 points went to Ukraine, which won the tournament, instead of Moldova.

Romania has also regretted that "the rules have been modified during the contest", since

its presenter was not "authorized"

to intervene live like most other states to communicate the vote of the jury of her country.

In Eurovision, the juries of each country award points to the various countries and

the spectators vote by telephone

patterns identified in the results of six countries" in the second semi-final and the final.

"The EBU takes any alleged attempt to manipulate the

In addition to not being able to vote, Romania also saw how the presenter of the festival in the country,

, could not intervene live to communicate the vote of the Romanian jury.

A video that has gone viral in

could not be established for technical reasons.