Threatened by hunters and habitat loss, the Rothschild giraffes sought refuge on this property outside Nairobi that Betty Leslie-Melville and her husband... 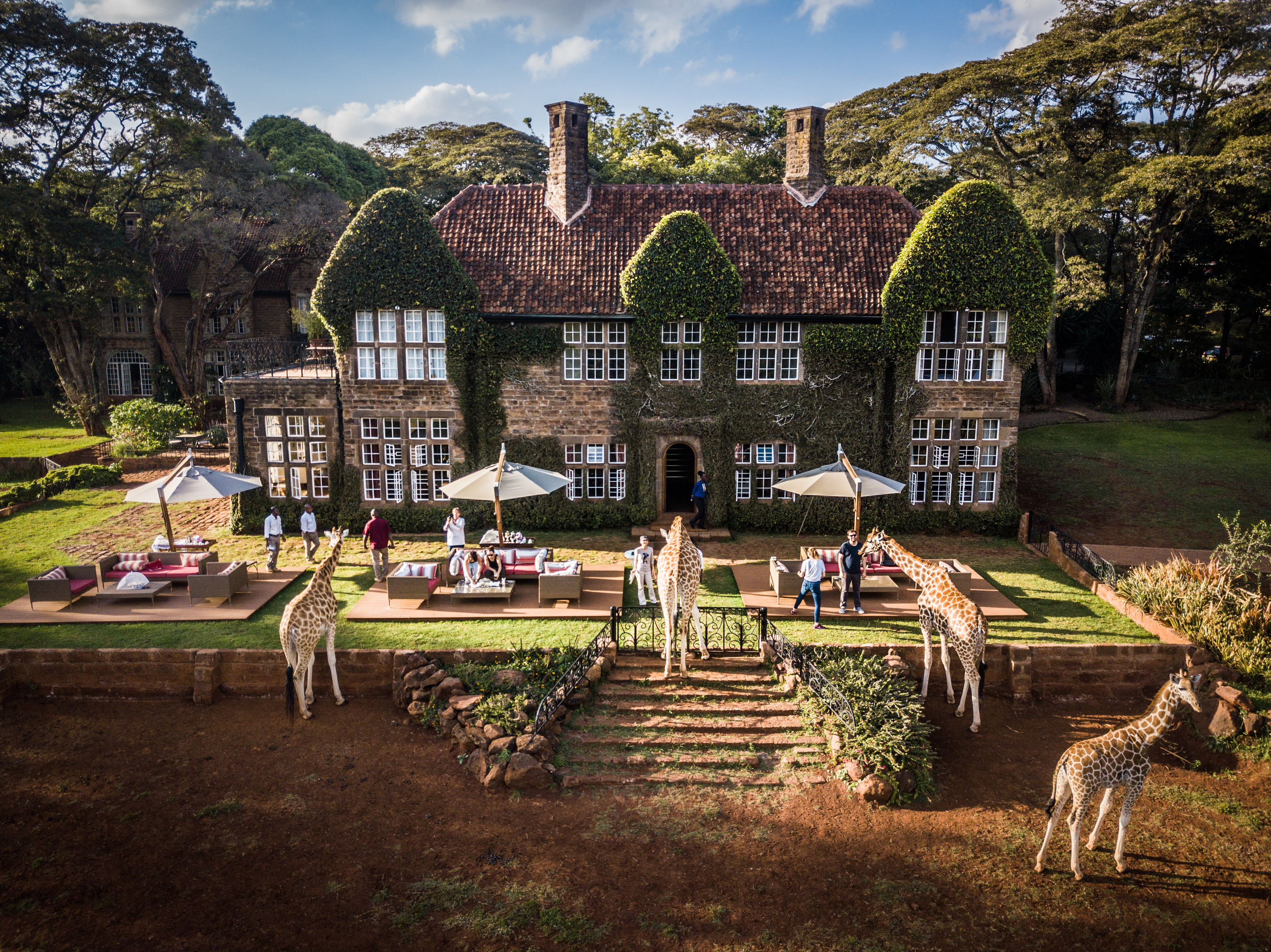 Threatened by hunters and habitat loss, the Rothschild giraffes sought refuge on this property outside Nairobi that Betty Leslie-Melville and her husband Jock had just purchased.

The year was 1974 and there were only about 120 specimens of these slender animals left on the face of the Earth that are still in danger of extinction today.

A lover of wildlife, Betty persuaded her husband to let them stay.

They first adopted Daisy, with her five horns, her neat spots and her legs white from the knee down, like a good Rothschild, the name of this subspecies of African long-legged,

the tallest in the animal kingdom

Before long many more would arrive at Giraffe Manor.

Hence, when a decade later, the family mansion was transformed into a

the giraffes were still the queens of the house, sticking their necks into the breakfast of guests,

In fact, since Instagram exists they always have been.

There are many ways to start or end a safari in Kenya, but the possibility of doing it by kissing a giraffe (and uploading the photo to the networks) seems to be, at least, tempting.

It turns out that the social network has longed for them with even more intensity since The Retreat opened a few months ago.

Not that you can frolic with them in the garden now.

It is that they are invited to the new

In addition to having that spectacular pool, The Retreat hides a spa, terrace and restaurant.

It is designed for the traveler who does not have to stay in the mansion but who wants to spend the day enjoying a massage or a menu with products from the farm...

It is a plan for those who arrive (usually in the morning) in Nairobi or who are in the city a few hours before starting the return trip.

The 56 acres of wildlife surrounding Giraffe Manor are more than enough to stretch your legs.

Without forgetting that very close we find some of the essential tourist attractions of this vibrant African city.

We are talking about the Giraffe Center, a sanctuary to learn more about this species, or the David Sheldrick elephant orphanage, where hundreds of elephant cubs are saved and raised.

Another unavoidable claim is the Karen Blixen Museum, the farm where the Danish author of