Substitution of ratings, politics and plagiarism: scandals around Eurovision-2022

After the final of the Eurovision Song Contest, the delegations of the three countries accused the organizers of the show of substituting the ratings. They claim that the national juries awarded the participants some points, while others were announced on the air. At the same time, the Serbian musician said that the winners of the competition, the Ukrainian band Kalush Orchestra, resorted to plagiarism. Previously, the artists violated the rules of Eurovision by performing on stage with a political appeal. 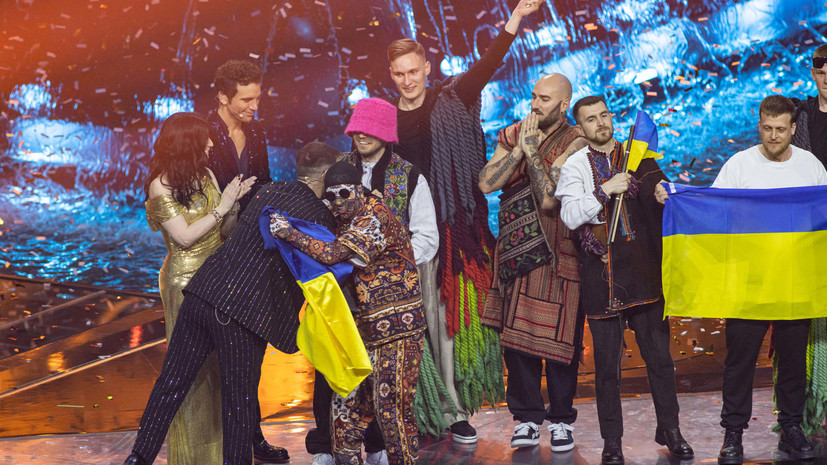 The delegations of Georgia, Romania and Azerbaijan accused the organizers of Eurovision of changing the scores.

According to the statements, the jury members in each of these countries gave one score, and others were announced on the air of the competition.

According to the Novosti-Georgia information portal, the national jury gave the highest mark to the Ukrainian group Kalush Orchestra, while the official Eurovision website indicates that the UK representative Sam Ryder received 12 points from the country.

According to the presented list, the Ukrainian team got six points.

From Azerbaijan, the competition website presents the same scores: 12 points for Sam Ryder and six points for the Kalush Orchestra.

According to the portal 1News.az, the representative of the national jury did not have the opportunity to announce the scores - when it was his turn, the organizers of the show reported technical problems.

As a result, the estimates were called by the representative of the European Broadcasting Union.

There were no technical problems on our end.

An investigation is underway on this issue, the results of which will be presented to the attention of the general public,” TV presenter Farida Rasulova said.

According to the head of the Romanian delegation Yuliana Marchuk, the national jury gave the highest mark to the representatives of Moldova, but during the broadcast, the representative of the show said that Kalush Orchestra got 12 points.

Moldova did not receive a single point.

“We were surprised to find that the vote of the Romanian jury was not taken into account when calculating the final rating, the organizers used a different set of scores on behalf of the jury of our country.

We clarify that the jury from Romania decided to give the maximum score to the representatives of Moldova, ”RIA Novosti quotes Yuliana Marchuk.

At the same time, information appeared on the Eurovision website that "certain incorrect voting schemes" were used in some countries.

Representatives of six countries - Georgia, Azerbaijan, Romania, Poland, San Marino and Montenegro - were removed from the jury list from the competition website.

“In order to comply with the instructions for voting the contest (“Eurovision”. -

), the European Broadcasting Union, together with its voting partner, calculated an alternative aggregate result for each country mentioned both in the second semi-final and in the final (the calculation was made based on data other countries with similar voting results),” the statement said.

The organizers emphasized that the European Broadcasting Union takes any alleged attempts to manipulate voting in the contest very seriously and has the right to withdraw such votes regardless of how they affect the outcome of the vote.

The Ukrainian team Kalush Orchestra turned out to be a defendant in another scandal.

Serbian folk singer Milan Radulovic accused the artists who performed with the composition Stefania of plagiarism.

According to him, the musicians took as a basis the song of his father Aci Lukas Soba za plakanje from 1998.

The representative of the artist noted that he does not plan to sue the musicians, and stressed that, if he participated in the competition, Aca Lucas would certainly win.

In addition, the Kalush Orchestra group violated the rules of the competition by speaking after the performance of their number with an appeal to help Mariupol and Azovstal.

At the same time, the artists were informed of the requirement not to touch politics: according to the director of the group, Nikolai Kucheryavy, initially their number had a clear message related to current events in Ukraine, but the group was forced to change it.

But the frontman of the Kalush Orchestra, Oleg Psyuk, ultimately could not resist speaking.

Despite the violation of the rules, representatives of the European Broadcasting Union said that the call is "humanitarian, not political in nature", so no sanctions against the Kalush Orchestra will follow.

The final of the Eurovision Song Contest was held in Turin, Italy on the night of May 14-15.

The victory was won by the Kalush Orchestra, and the second place was taken by the British artist Sam Ryder with the song Spaceman.

It was he who was the leader according to the results of expert assessments, however, as a result of the voting of the audience, he fell to the second line.

In third place is the representative of Spain Chanel Terrero with the incendiary song SloMo.

Russian artists in 2022 did not participate in Eurovision.

They were removed by the European Broadcasting Union after the start of a special operation in Ukraine.