[SBS Entertainment News | [Editor Jeon Min-jae] Rapper Dunmills' wife has exposed the private life of a specific rapper. Dunmills's wife posted on her social media yesterday, "You only talk about dating girls through DMs? You don't talk about the things you shared with people after taking a hidden camera?" I don't think there was anything like that at all? 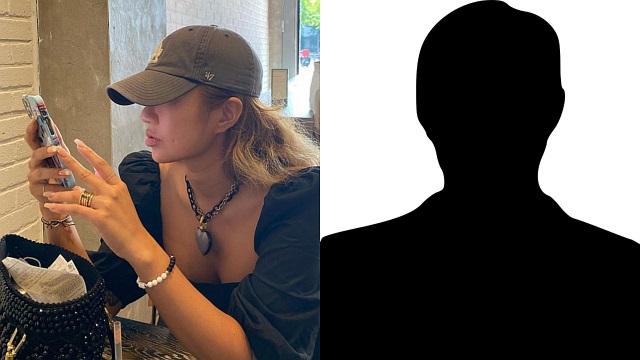 Dunmills' wife yesterday (10th) through her SNS, "You only talk about dating women through DM (SNS messenger)? After that, you don't talk about the things that you took and shared with people?" “If I had conscientiously reflected on it, I wouldn’t have been able to say such a thing on the air, but I guess there was no such thing?

Dunmills' wife said, "I have all of the photos of my close brother and the contents of the Kakaotalk sent. He said he was patient because he was afraid that other people would be harmed if he reported it. “What’s the difference between Jung Joon-young and Jung Joon-young? That (close) younger brother was so hard, I even tried extreme.”

Then, he captured and shared the contents of an article from a media company that stated the severity of punishment while referring to the case in the past when singers Jung Joon-young, Seungri, and Choi Jong-hoon shared illegal footage through a group Kakao Talk chat room.

He also shared a message from a netizen saying, "I have been given permission to share this message."

The netizen sent a message saying, "I'm worried (message). Isn't it Mr. A? My friend and I met him via DM, but the people around me shared a relationship video, and he passed away in shock. He was disturbed by a similar story and sent a message . Please (Mr. A) I wish it wasn't."

Dunmills' wife shared this and added, "Even at this moment, (Mr. A) seems to be doing what she should be doing, so I'm even more upset. Do you have no shame, no fear, no regrets?"

A fan of Rapper A, who saw his revealing post, shared his feelings through a message saying, "I don't know Rapper A's private life, and it's hard because the goods I bought to support him must have felt like another harm to the victim."

Sharing the feelings of the fans, Dunmills' wife raised her voice, saying, "Do not inflict secondary harm on the victim by calling her husband (Dunmills) or even calling someone else at this time."

He continued, "Don't say anything to the victim that you can't be proud of. Think of it as your mother, older sister, younger brother, or daughter. The bystanders in that chat room should be alert. "Does it make sense to do it this way? Is only your life important to you?"

Dunmills' wife said in an additional post today (11th), "(evidence) is nothing. I have all the photos and KakaoTalk, and the victim does not want to report it," and said that she was afraid that the victim's identity would be revealed.

He continued, "He said that he wanted to expose (the victim) on the Internet because he wanted the perpetrator to live with a sense of regret.