Rain, rain, wind and wind, wrap up the little quilt in the next few days!

China News Service, Beijing, May 9 (Reporter Yuan Xiuyue) "It's already summer, why does the weather feel like winter is about to begin?" Facing the weather of the past two days, some netizens asked this question.   Heavy rainfall, big cooling... The summer that many people looked forward to has not come as promised. In the next five days, the southern region will enter a five-day intensive rai 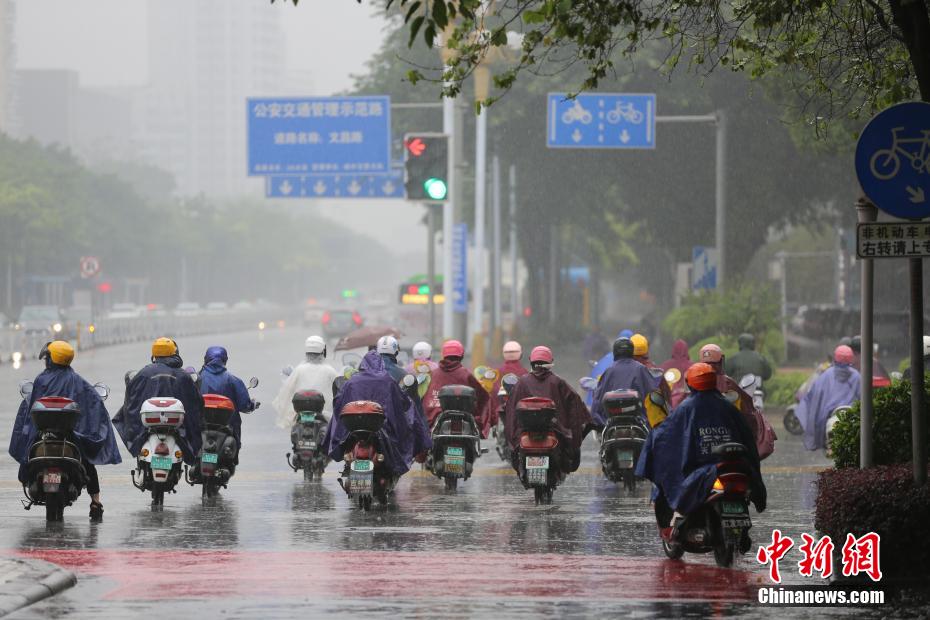 China News Service, Beijing, May 9 (Reporter Yuan Xiuyue) "It's already summer, why does the weather feel like winter is about to begin?" Facing the weather of the past two days, some netizens asked this question.

Heavy rainfall, big cooling... The summer that many people looked forward to has not come as promised.

In the next five days, the southern region will enter a five-day intensive rainfall period, and the northwest, Inner Mongolia, northeast, and most of North China will experience a cooling of 4-8°C.

On the morning of May 9, heavy rainfall hit Liuzhou City, Guangxi, and citizens were riding on the road wearing rain gear.

The southern region has the heaviest rainfall since the flood season

The Central Meteorological Observatory forecasts that from May 9 to 13, the southern region will experience the strongest rainfall since the flood season.

This rainfall process will develop from west to east. The key rainfall areas are in southern Jiangnan and most of southern China. The daily rainfall will generally reach heavy to heavy rains, and local heavy rains or extremely heavy rains will occur.

There will be strong convective weather such as short-term heavy precipitation and local thunderstorms and strong winds in the above-mentioned areas.

On the morning of May 9, the Central Meteorological Observatory issued several blue warnings for heavy rain.

It is expected that from day to night on the 9th, rainfall will mainly occur in eastern Southwest China and western South China. There will be heavy to heavy rains in parts of southern Chongqing, central and eastern Guizhou, most of Hunan, eastern Yunnan, northern Guangxi, and northwestern Fujian. , there are heavy rainstorms in parts of southeastern Guizhou, northern Guangxi and other places.

On the 10th, the rainfall range will expand to the east, and the rain will be stronger. There will generally be heavy to heavy rain in Guangxi, Hunan, Guangdong, and Jiangxi, and local heavy rain.

On the 11th, heavy rain will still linger in southern China, and there will be heavy rain or heavy rain in parts of southern Fujian, eastern Guangxi, and most of Guangdong.

It is expected that the rainfall process will continue until the 13th, of which 10-12th will be the period with the strongest rainfall.

At present, the China Meteorological Administration has launched a three-level emergency response.

What caused the heavy rainfall in the south?

Chen Tao, chief forecaster of the Central Meteorological Observatory, explained that first, the position of the subtropical high pressure in the western Pacific is stable, and the warm and humid air on its western edge and the cold air from the north continue to meet in Jiangnan and South China. .

Second, the southwest water vapor transport in the lower atmosphere in southern my country has been significantly enhanced recently. Affected by the Bay of Bengal cyclone, it is more conducive to the transport of water vapor to the south of my country, providing sufficient water vapor conditions for this rainfall.

On May 8th, in Shijiazhuang, Hebei, citizens traveled in thick clothes.

On the same day, Shijiazhuang ushered in rainfall and cooling weather.

At the same time, in the next five days, the northern region will also usher in a wave of cooling.

In the past two days, many places have reversed the heat of summer and began to feel the coolness.

Today, the highest temperature in Jinan and Shijiazhuang is only 13°C, both of which are the lowest since May.

The highest temperature in Taiyuan, Tianjin and Beijing was 18°C, which was higher than yesterday.

The Central Meteorological Observatory predicts that from the 10th to the 13th, there will be a strong cold air activity in the northern region of my country. Level northerly winds, with gusts of level 7-9.

In addition to strong winds and cooling, there were light to moderate rains or thunderstorms and local heavy rains in Northwest China, North China, Inner Mongolia, and Northeast China.

In particular, there may be snow or sleet in eastern Inner Mongolia, eastern Qinghai, Gannan and other places, and the local area is even expected to challenge the final snow record.

In the next 10 days, there will be frequent cold air activities, and the average temperature in most parts of the central and eastern regions will be lower than the same period of the previous year. Among them, the temperature in eastern Northwest China, North China, eastern Inner Mongolia, northern Northeast China, and eastern Southwest China will be 2-4 °C lower.

Meteorological experts said that due to strong winds and cooling weather, spring planting operations in northern regions, especially those in the northeast, may be temporarily suspended.

In addition, if the temperature is relatively low, it may also have a certain impact on the growth of the sown crops.

In the coming week, the temperature in the northern region will remain at a low level, and the body will feel slightly cooler, especially in the morning and evening.