Are signs appearing all over Japan a foreshadowing of an eruption of Mount Fuji? In SBS 'I want to know' broadcast on the 7th, various signs surrounding the eruption of Mt. 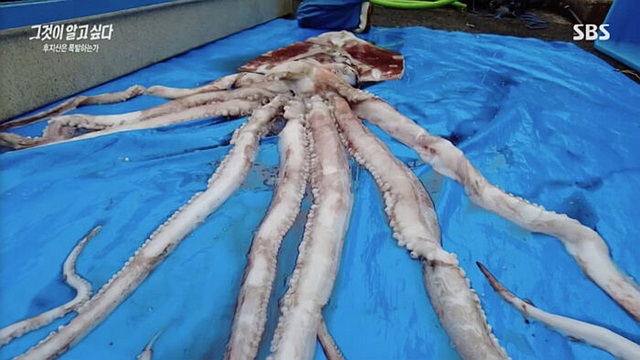 Are signs appearing all over Japan a foreshadowing of an eruption of Mount Fuji?

On the 7th, SBS 'I want to know' (hereafter 'Gal'), with the subtitle 'Predicted disaster - Does Mt. Fuji explode?', various signs surrounding the eruption of Mt. Fuji and the expected damage were highlighted.

In April, a giant squid measuring 3 meters in length was caught in Fukui Prefecture, Japan.

It is not uncommon for a deep-sea fish, giant squid, to be caught alive on the shore.

Residents speculated that something ominous was about to happen, saying it was a harbinger of what was to come.

In the past, before the Great East Japan Earthquake, a deep-sea fish species, Daewangsan cutlassfish, was seen strangely often.

Experts said it is not unusual for an eruption of Mount Fuji to occur at any time.

As a result, concerns about volcanic eruptions are growing in Japan.

It turned out that a company that manufactures shelters is also developing shelters for evacuation of volcanoes.

Mr. Kuribayashi, who lives near Mt. Fuji, said that one day Mt. Fuji might explode, so he built a safe house for himself and prepared for a volcanic eruption.

The anomalies did not end with the appearance of deep-sea fish species.

A climber who climbed Mt. Fuji every day for 17 years said that the melting speed of the ice caps in the Fuji Fuketsu Cave was noticeably faster and believed that this was because the magma of Mt. Fuji was getting closer.

He also speculated that rising temperatures in the waters of Mt. Fuji Lake, the disappearance of sparrows, and an increase in insects were the precursors to the Mt. Fuji eruption.

Experts have warned that an eruption of Mt. Fuji is not far off due to recent volcanic eruptions in various parts of Japan.

Therefore, Japan is preparing for the eruption of Mt. Fuji in various ways, but in the case of Mt. Fuji, it is difficult to predict where and how the eruption will occur because there are many craters.

What would happen if the Mount Fuji eruption actually happened?

Mount Fuji is located only 100 kilometers from Tokyo, the capital of Japan.

Therefore, it was estimated that if Mt. Fuji exploded on a similar scale to the last eruption, the damage would be enormous.

It was also estimated that the damage from volcanic stones flying up to 10 kilometers away, as well as from ash reaching Tokyo, would be enormous.

Volcanic ash attracted attention because it was expected that even a few centimeters of ash would paralyze transportation and electrical and computer-related systems.

As a result, the Japanese government predicted damage of up to 2.5 trillion yen in the event of an eruption of Mt. Fuji.

However, there were a lot of factors that were not taken into account, so in reality the damage was expected to be about 200 trillion yen, which is much more than that, which was said to be twice the amount of Japan's annual budget, which caused a shock.

In addition, experts agreed that volcanic damage is difficult to prevent, even if it is predicted in advance.

In order to evacuate in anticipation of a volcanic eruption, they have to leave their residence, so the source of income is blocked and the resulting damage is inevitably large.

If so, what kind of damage will it cause to Korea?

Experts speculated that when an explosive eruption occurs, volcanic ash rises to the upper atmosphere and moves with the wind.

However, he predicted that the possibility of tsunamis and earthquakes due to volcanic eruptions would not be absent.

In addition, if Mt. Fuji erupts, about one-third of the current air routes will be closed, and there is concern about indirect economic damage caused by this.

As a result, Korea, which has to import intermediate goods and capital goods, will not be able to avoid risks.

If the damage from volcanic eruptions is reduced, it will be thanks to the hard work of those who have been at the forefront of preventing natural disasters.

Since the future of those who are preparing for the coming disaster and those who turn away will be completely different, we must not forget our efforts to reduce the damage from disasters even now.