The Sharjah Children’s Reading Festival revealed that its visitors will be on a date with a group of Emirati and Arab artists and writers, who have a strong presence in the child-oriented scene, during the 13th session of the festival, which is organized by the Sharjah Book Authority between May 11 and 22, under the slogan “Consume 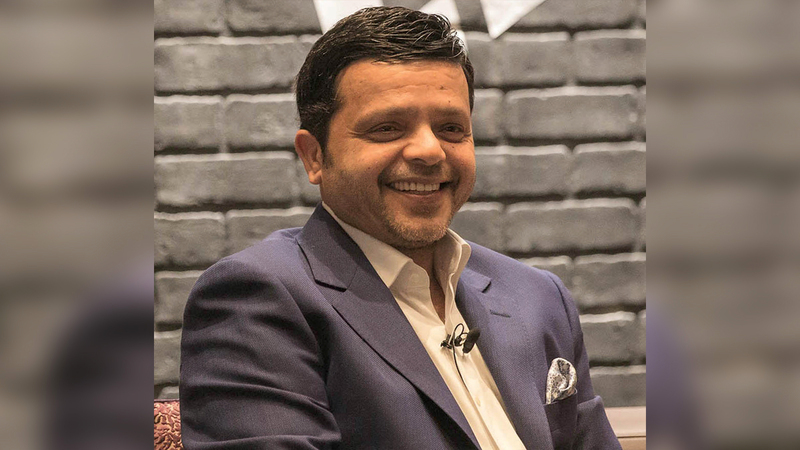 The Sharjah Children's Reading Festival revealed that its visitors will be on a date with a group of Emirati and Arab artists and writers, who have a strong presence in the child-oriented scene, during the 13th session of the festival, organized by the Sharjah Book Authority between May 11 and 22, under the slogan "Be your being". At the Expo Center Sharjah, which offers more than 1900 different activities, including artistic performances, workshops and discussion sessions.

At the forefront of the festival’s guests is the Egyptian star Mohamed Henedy, who presented many literary works aimed at children, including: “Folie,” “Mr Android,” “Prince and the Journey of Legends,” “Super Henedy,” “The Simpsons,” and “The Simpsons.” Timon and Pumbaa.

Henedy won many awards during his career, after achieving a remarkable presence in the Arab art scene.

Three creative people from the UAE will participate in the festival: the writer, plastic artist and sculptor Maryam Al Zarouni, author of the novel “Harvard Message” for young adults, writer Asma Al Zarooni, ambassador of the UAE Council on Books for Young People and Chair of the Board of Trustees of the Emirates Forum for Gulf Creativity, and writer Fatima Sultan Al Mazrouei, who She has given numerous children's story writing workshops, won many awards, and has more than 20 publications.

The list of festival guests from Egypt includes media and broadcaster Qaswaa Al-Khalali, writer Omar Taher, author of the novel “Kohl and Habhan”, screenwriter of the cartoon series “Super Henedy”, and novelist Essam Youssef, owner of the best-selling novel “Quarter Gram” in Egypt, and writer in the field of children’s literature Fatima Al-Zahra Mokhtar, poet and children’s writer Effat Barakat, owner of “Hind Makes Stories” and “The Fish is Morgana”, writer and poet Amal Farah, considered one of the most important children’s writers in Egypt and the Arab region, and the Egyptian publisher and painter Magdy El Kafrawy, co-founder of Shagara. To publish, print and distribute children's books.

While from Syria, writer in the field of children's literature, Jeker Khurshid, winner of the "Sharjah Prize for Arab Creativity", for the story "The Jackal and the Leith", the writer Dr. Haitham Al-Khawaja, who specializes in children's theater, and the writer and poet Muhannad Thabet Al-Aqos, who has published a number of works, will participate from Syria. In children’s and young adult literature, and the winner of the Best Short Story for Children award for his story “You are a cockroach too”.

From Jordan, the educator, Dr. Fadia Daas, is a guest at the festival, a writer of children's literature, who has more than 38 stories, to share with the festival guests the summary of her extensive experience in this field, and contribute to enriching the imagination of children and young visitors.

And from Lebanon, Dr. Tariq Ahmed Al-Bakri, a specialist in children's literature and the Arabic language.

And from Iraq, Intilaq Muhammad Ali, an expert in children's literature and culture, theatrical artist, writer and poet Falah Hashem Ahmed, and the author, pediatrician Dr. Sundus Al-Ajram, participated in the event.

From Bahrain, the writer Jaafar Al-Diri, from the Sultanate of Oman Hamoud bin Ali Al-Tawqi, and from Tunisia, the writer Mizouni Bennani, whose novel “An Artist’s Journey” for children won the Sheikh Zayed Book Award.

The Memory The famous Syrian writer, composer and author of children's songs, Tariq Al-Arabi Tarkan, will be attending the Sharjah Children's Reading Festival, in its next session, to add interaction and vitality to his children and visitors. The field of children's series badges.