Press review Africa - Headlines: the Malian junta decides to break the defense agreements with France and its European partners

Africa press review In the spotlight: the Malian junta decides to break the defense agreements with France and its European partners Audio 04:11 The Malian interim president, Colonel Assimi Goïta, during a review of the armed forces, June 7, 2021 in Bamako. AFP - ANNIE RISEMBERG By: Fanny Bleichner 4 mins Advertisement The announcement was made in the evening by the government spokesman, Col 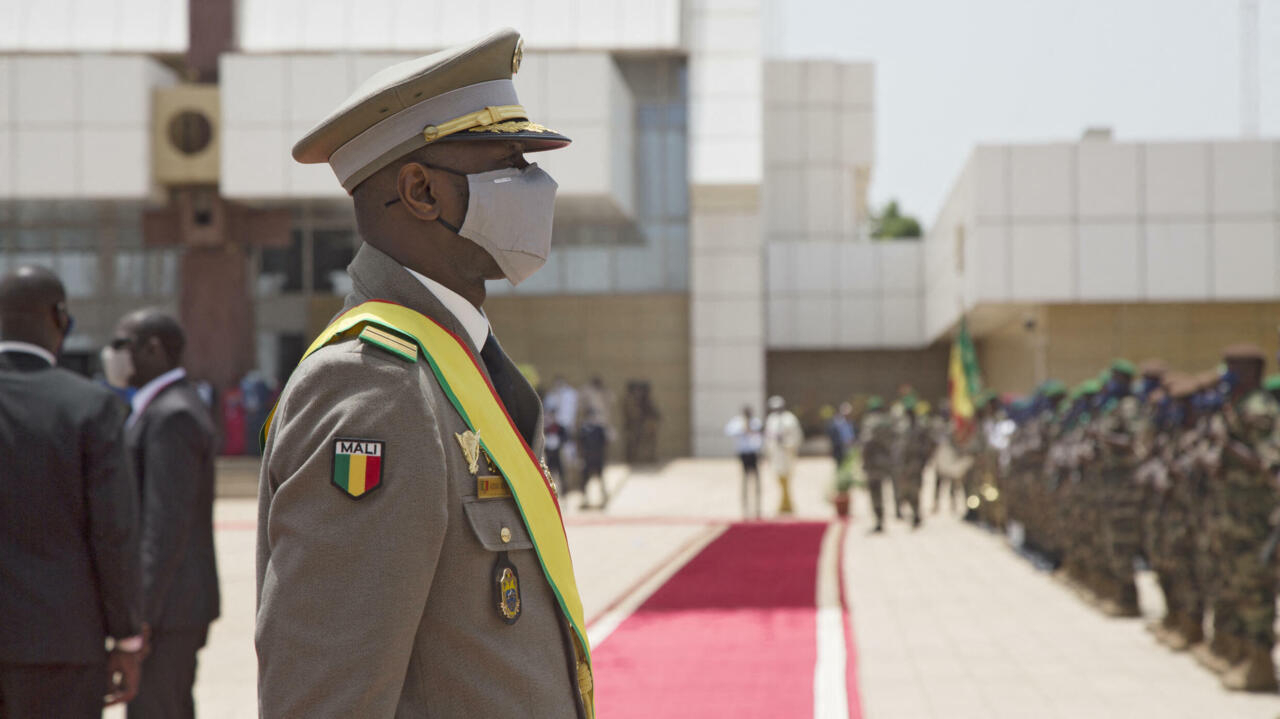 In the spotlight: the Malian junta decides to break the defense agreements with France and its European partners

The Malian interim president, Colonel Assimi Goïta, during a review of the armed forces, June 7, 2021 in Bamako.

The announcement was made in the evening by the government spokesman, Colonel Abdoulaye Maïga in a press release read on television.

" with Paris, are mentioned "

" in recent months and the fact that "

of “flagrant attacks on its sovereignty

The Rubicon has finally been crossed

for its part wonders about “

repercussions on the current withdrawal of Barkhane (…).

The question then arises that this withdrawal (…) is supposed to be spread over four to six months.

goes even further with this concern raised at the end of the article: “

Does Wagner now have a clear field for security in Mali?

site returns to his speech on Sunday.

the military juntas in Burkina Faso, Guinea and Mali to disappear as quickly as possible

while expressing its attachment “

to robust African peace and counter-terrorism operations implemented by the African Union and supported by the United Nations,

on the model of several ongoing operations in Africa, in Mali in particular.

This statement by the UN chief was made from Dakar this weekend, but he has since left Senegal.

On Monday, he was in Niger, in Niamey, where he met President Mohamed Bazoum.

details the words of the Head of State.

He mentioned the problem of terrorism as well as "

the effects of climate change, in particular recurrent droughts

" which have resulted in "

We see that there is a government and institutions that have a clear vision of what needs to be done to meet the country's security needs and launch the foundations of sustainable and inclusive development.

Freedom to inform on the African continent

to quote the figures of the NGO Journaliste en danger, according to which "

none of its 80 resolutions has experienced the beginning of execution

Journalists and the Congolese media remain exposed to various pressures and censorship, to arbitrary arrests and direct and indirect threats, particularly in the eastern provinces of the country under siege, namely North Kivu and Ituri.

, referring in particular to the situation in Mali.

A clearing, however, thanks to

which is interested in the press situation in Namibia, described as a

haven of peace for journalists

It is moreover in the Namibian capital that the UN conceived this world day of freedom of the press in 1991. Today, however, "