France has killed 16 million poultry since the start of the current bird flu epidemic, a record number of slaughters on its territory, they have indicated this Monday... 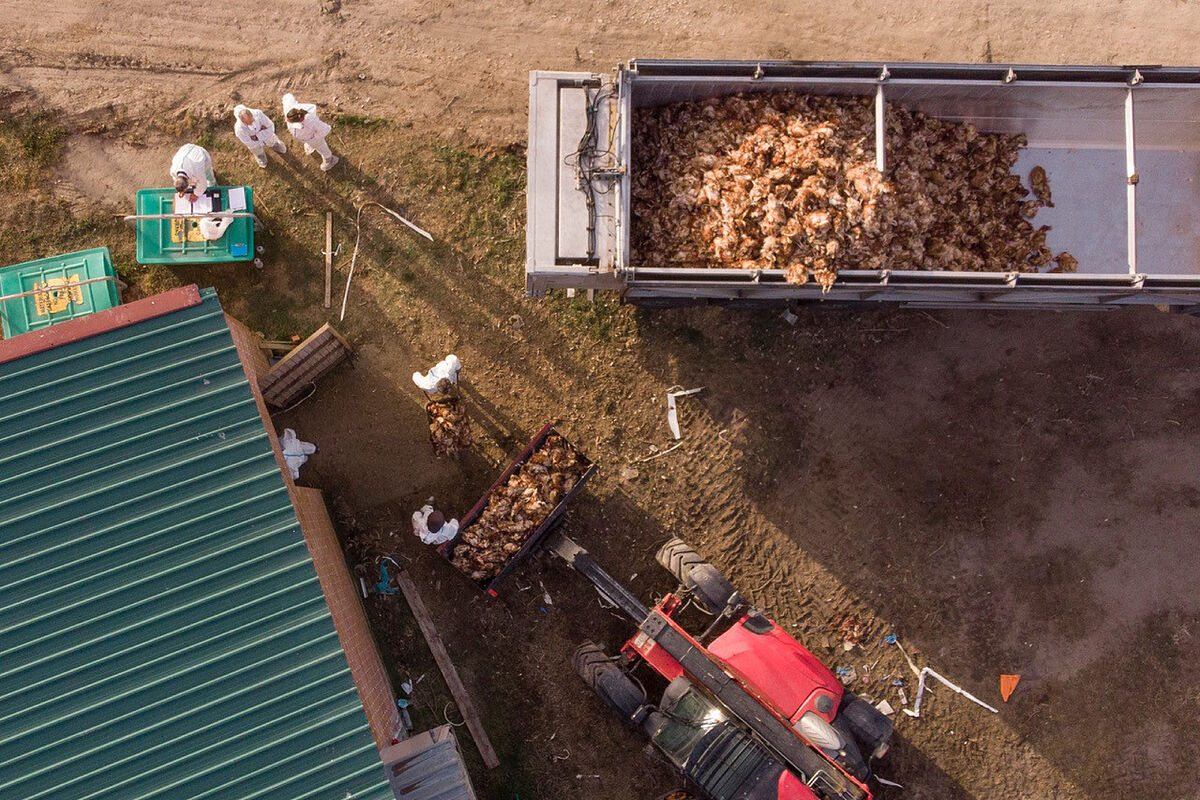 has killed 16 million poultry since the start of the current

a record number of slaughters on its territory, authorities said on Monday.

"The peak of the epidemic was left behind at the end of March and the epizootic is slowing down," explained the Ministry of Agriculture.

Since the first case detected in northern

at the end of November, the virus has spread to

, more than half in the west of the country, where authorities have carried out mass slaughter, even of healthy animals, as a preventive measure.

The crises linked to

tend to be concentrated in the south-west of France, especially in the farms of ducks destined for the production of foie gras.

In 2021, almost 500 outbreaks were recorded and 3.5 million animals, mostly ducks, were culled.

which is spread by migratory animals from

, is seasonal: it normally begins in October in

and lasts until April.

For the first time, wild birds have contaminated farms on their way back from southern countries, prompting a second wave that is coming to an end.

These crises generate significant costs for breeders, due to the cessation of production and the closure of export markets, and for the State, which pays compensation for slaughtered animals and associated losses.