"Out of stock", "We don't have any left", "They haven't stocked it for months". "We don't know when they will ship the next order." Negative responses are... 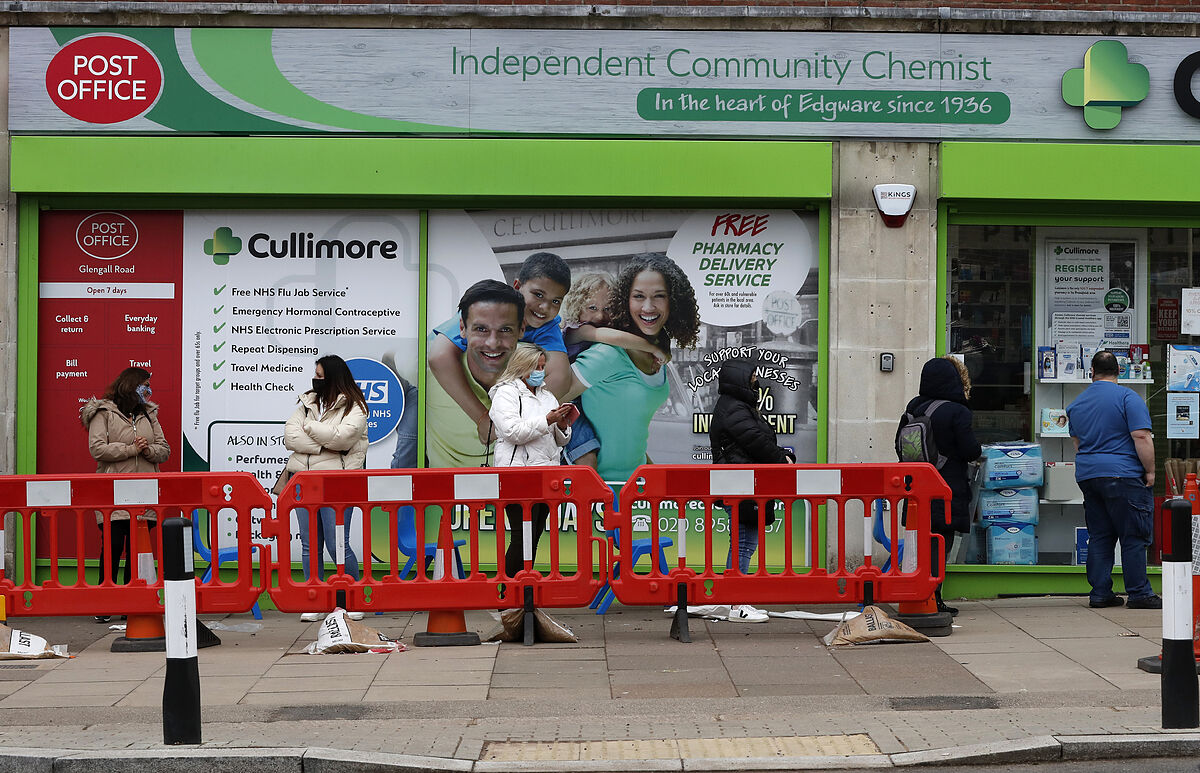 "We don't know when they will ship the next order."

The negative answers follow one another in each pharmacy in a neighborhood of north-west London.

And the initial frustration leads to anxiety and panic attacks.

, a popular menopause relief drug, is in short supply in the UK

and the alarm has reached even in the Parliament of Westminster.

Caroline Nokes, Conservative MP and chair of the Women and Equality Committee, has identified herself among those affected by the shortage of hormone replacement therapy (HRT) products in a recent speech in the House of Commons: "Women of a certain age, and here I declare my interest, we are left without access to the gel that allows us to sleep and work competently".

an active sex hormone estradiol that helps compensate for the lack of estrogen production and relaxes the most unpleasant symptoms of menopause such as hot flashes, night sweats, anxiety and vaginal dryness

"If it were a medicine exclusively for men, they would have already sent the Army to intensify production," Nokes denounced the Sunday

And it has not been a misguided outburst of the deputy.

Boris Johnson's government deployed troops across the country to accelerate the Covid-19 vaccination program and face other critical stages of the pandemic.

Now, it has appointed the then head of inoculation, Madelaine McTernan, as

in charge of ensuring the provision of HRT without the usual ups and downs between supply and growing demand.

The Conservative president promised months ago to treat menopause as "a priority of women's health strategy," she said.

Oestrogel is among the star brands of Besins Healthcare, a century-old private company in the health sector,

based in Monaco and with manufacturing plants in France, Belgium, Spain (Zaragoza) and Thailand

According to the firm, the supply problem is limited to the United Kingdom and responds to the "extraordinary demand" for its product.

The British Menopause Society (BMS) agrees that the increase in hormone treatments is causing the market imbalance, which peaked last week.

"The pharmaceutical companies affirm that it is a short-term problem," a spokeswoman for the organization told EL MUNDO.

Medical prescriptions for HRT have skyrocketed in the last five years.

In England alone they have gone from 238,000 prescriptions in January 2017 to more than half a million in December 2021

, according to data from the National Health Service (NHS).

Bureaucratic obstacles introduced since Brexit and bottlenecks in international transport as a result of the pandemic may have contributed to the current imbalances in the distribution of these and other drugs in the United Kingdom.

The absence of estradiol gel in pharmacies and

has generated a domino effect, causing a shortage of hormone therapy products administered in pills, patches or creams

In turn, the media convey a sense of panic and expose cases of women desperate to avoid the nightmare of the resurgence of unbearable symptoms.

Thus, many affected share their HRT medications, others try to buy them on the black market and some have turned to family and friends living in Spain or take advantage of a vacation in the sun to fill the essential medicine cabinet against menopausal disorders.

are currently going through pre-menopause or menopause, according to an estimate by Carolyn Harris, Labor MP and champion of the "revolution" to raise public awareness, guarantee job protection and health care for all women during the transition hormone and extend studies on a biological phenomenon that constantly affects "almost a fifth of the population".