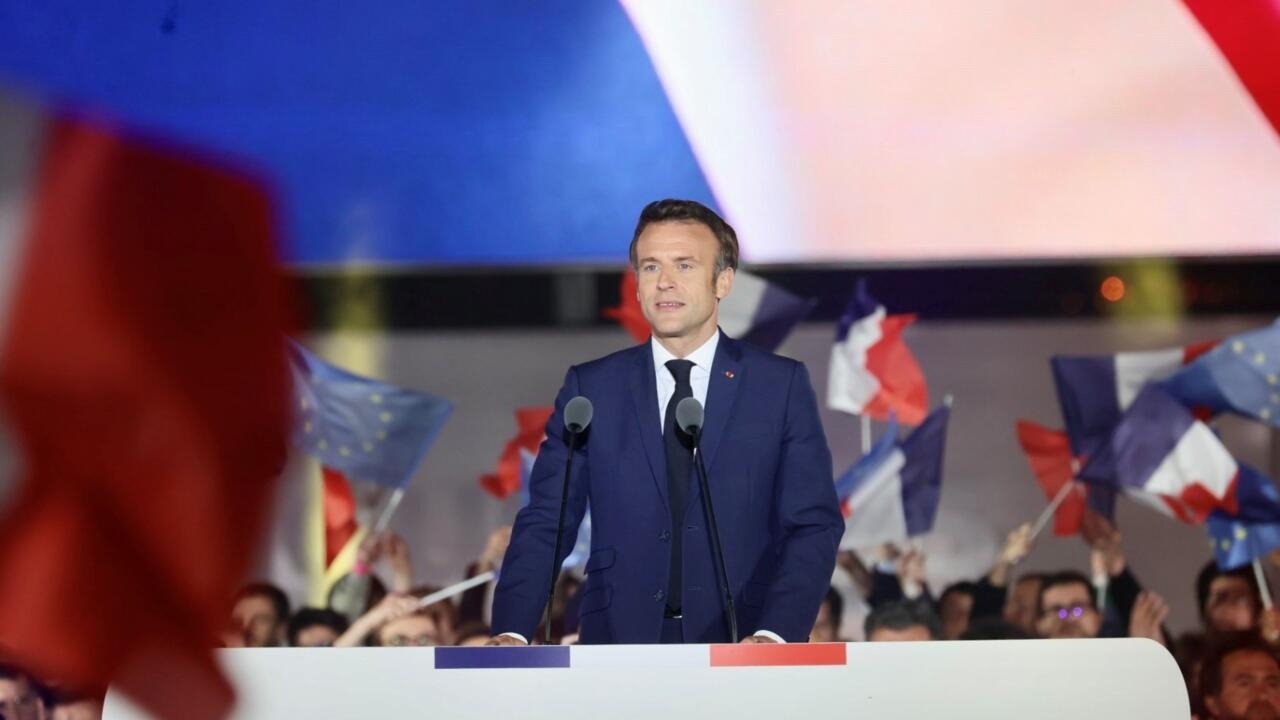 In the spotlight: the re-election of Emmanuel Macron seen from Africa

Emmanuel Macron on the Champ-de-Mars after his victory in the second round of the presidential election.

The reactions are numerous after the victory of Emmanuel Macron, Sunday evening, in the French presidential election.

"Emmanuel Macron re-elected president of a France where the far right is on the rise",

“The French have therefore chosen to renew a centrist liberal and very pro-European president in the face of a radical candidate with “national priority” at the heart of her project.

While Senegalese President Macky Sall sent his best wishes for success in the exercise of his second term, the news site recalls that Marine Le Pen has achieved the highest score for the far right in a French presidential election

the start of the Fifth Republic in 1958.

“the candidate of the National Rally is reaping the fruits of a strategy of “de-demonization” carried out for a decade.

She smoothed and softened her speech, even if, on the bottom, her program remains also radical, in particular on immigration and the institutions.

Barrage on the far right

French voters have therefore chosen to counter the extreme right.

His re-election, the tenant of the Élysée

“owes it less to his overall mixed balance sheet than to the so-called “republican” front against which the candidate of the National Rally shattered”,

Most of the losers in the first round having called for allegiance to Jupiter or not to vote for Marine Le Pen, the suspense was no longer really in order,

The proof, the far right candidate, who fails to break the glass ceiling, bowed.

“Marine Le Pen lost and it's (almost) all of Africa that heaves a sigh of relief insofar as the fund of its political commerce boils down to the fight against immigration, especially African;

foreigners, particularly blacks and North Africans being accused of all the sins of France”.

Relations between France and Africa

, who deplores a lack of love between Paris and the African continent.

"Emmanuel Macron is in a real race against time to try to save what can still be saved, failing to bring back into the French fold the historic allies of Africa to whom France has granted independence... in addiction",

Emmanuel Macron who will have ignored the fate of Africans in the race for the Élysée.

However, everything has to be redone to seduce Lady Africa, very courted by Russian, Chinese and Turkish lovers.

For its part, the newspaper

wonders if Emmanuel Macron will be able to meet the challenge of the rise of anti-French sentiment in Africa.

Faced with the various coups d'état in Chad, Niger, or Mali, Burkina Faso, the newspaper believes that

"if France goes in the direction required by ECOWAS, it risks alienating a good part of public opinion of these countries, which firmly believe that ECOWAS is another name for France.