The Egyptian bodybuilding champion, Ramy Al-Subaie, known as “Big Ramy”, was a guest on the “Ramez Movie Star” program, which is shown on the MBC Egypt satellite channel, and presented by the artist Ramiz Jalal. And he kept repeating: "There is no power or strength 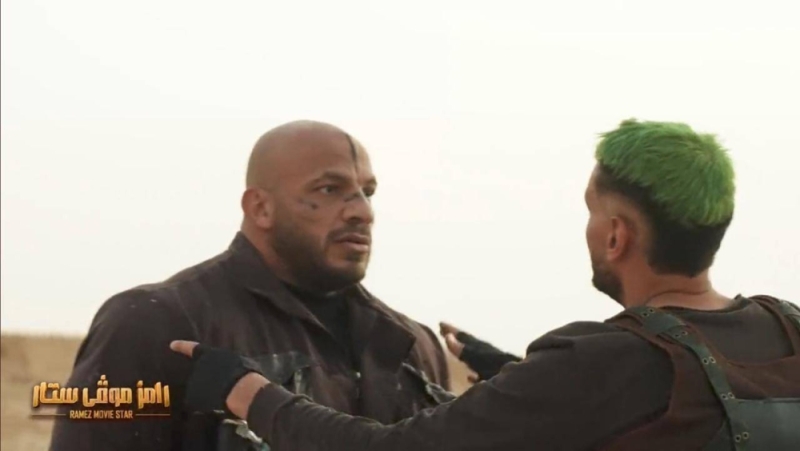 The Egyptian bodybuilding champion, Ramy Al-Sibai, known as “Big Ramy”, was a guest on the “Ramez Movie Star” program, which is shown on MBC Egypt, and presented by the artist Ramiz Jalal.

Big Ramy was in a state of extreme fear during the execution of the chases of the Ramez Movie Star prank, and he kept repeating: "There is no power or strength except with God."

After Big Ramy discovered the mold of Ramez, he embraced him, saying: “Man, the first time I see you doing this, I am in these needs weaker than possible,” to which Ramez replied: “I am not carrying a puff, this can squeeze me.”

The bodybuilder indicated that the first thing he thought of during the prank was my children, commenting: “I remembered that my children who are at home are forbidden to you, I am tired, I swear to God.”

And about the reason for his refusal to wear a wig while filming the scene with the international actor Van Damme, Big Ramy replied: "I swear to God, if you saw that my view was a factor, how would you laugh."