French press review - Headlines: the epilogue of the true-false suspense of the presidential election

French press review In the spotlight: the epilogue of the true-false suspense of the presidential election Audio 04:25 A woman takes ballot papers from piles displayed on tables during the second round of the 2022 French presidential election at a polling station in Lyon, France, April 24, 2022. REUTERS - STEPHANE MAHE By: Norbert Navarro 3 mins Advertisement Of Marine Le Pen or Emmanuel Mac 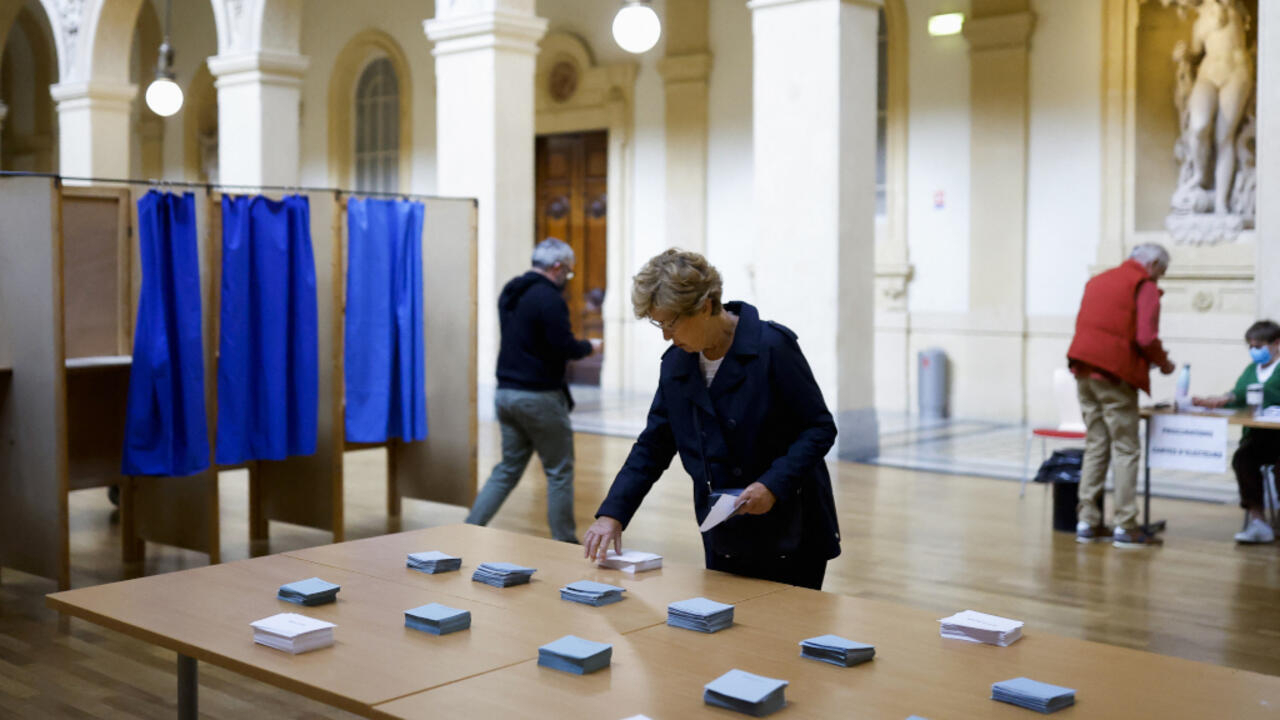 In the spotlight: the epilogue of the true-false suspense of the presidential election

A woman takes ballot papers from piles displayed on tables during the second round of the 2022 French presidential election at a polling station in Lyon, France, April 24, 2022. REUTERS - STEPHANE MAHE

Of Marine Le Pen or Emmanuel Macron, who will be, this evening, president or president of the Republic?

For the French, the hour of choice has come.

”, launches the front page of

, and the outcome will be “

" for the two finalists, formula

The Left Alliance (without the PS)

For them, the 2022 presidential election is already a thing of the past.

” are the militants of the left-wing parties, La France insoumise and the Communist Party, plus the ecologists, who are actively preparing for the legislative elections next June.

, the ecologist Sandrine Rousseau invites the left to “

go towards a coalition with a government program

”, thus giving discharge to the proposal of La France insoumise for a programmatic agreement for the legislative elections.

said Sandrine Rousseau to the JDD,

then let's walk towards Matignon

The voices of his master

Largely, this week, in the magazine press too, the same voting instructions.

But what do his readers think?

Via an Ifop poll, the weekly

asked the question to its subscribers.

And the result is final.

In your opinion, should a media give voting instructions during a presidential election

Note that, if, in the form of boxes, this survey illustrates the editorial of the printed edition of this magazine, it does not appear on the online version of this editorial.

, moreover, publishes the results of a second Ifop poll, on the vote in the first round of the presidential election - not of subscribers to this newspaper - but of all French people according to their habits. media: reading newspapers, listening to the radio or choosing their favorite television channels.

Do you watch the news from France 2?

Do you read “Paris Match”?

Do you listen to Europe 1?

, while a regular listener to NRJ radio is “

than a listener to France Info

More generally, this survey indicates that on average, the readers of news magazines, of which it is here every Sunday question "

vote for the president-candidate up to 35.5%

", points out this newspaper.

: buying a newspaper regularly is expensive

The RFI press review is free.

Behind the scenes of the war in Ukraine, finally, with the strategy led by Vladimir Putin in Africa in recent years.

It is now paying off.

It is a pro-Russian demonstration organized on March 5 in Bangui, the Central African capital.

In the photo published by

, we see a Russian flag and two signs held up by demonstrators.

On one, the slogan "

, in French in the text;

on the other, is written that ¯

It is NATO's fault”.

To analyze this pro-Putin activism in Africa,

Director of the Russian seminar at the National Conservatory of Arts and Crafts (Cnam), this researcher remarks in

that, for a dozen years already, Putin "

Conclusion of this magazine, Putin knows that manganese and bauxite, two minerals essential to Russian industry, “

will soon run out.

That's good, Africa is full of them