[Subs] Arrest of 'Gal' Lee Eun-hae and Jo Hyun-soo... Suspects in the Gapyeong Valley murder case, what is their final scenario?

Why did Eunhae Lee and Hyunsoo Cho embroider themselves now? The SBS 'I want to know' broadcast on the 23rd highlighted the murder case in Gapyeong Valley with the subtitle 'Her Last Scenario - Lee Eun-hae and Cho Hyeon-soo, 775 days of pursuit'. 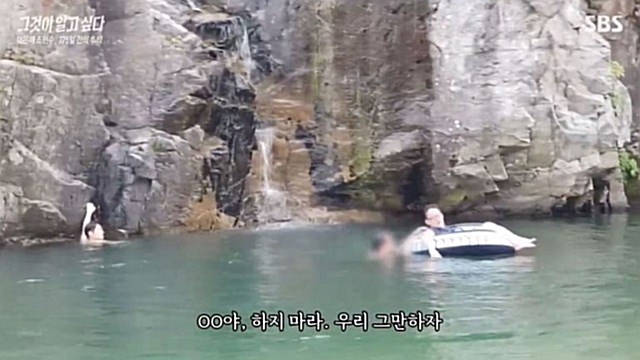 Why did Eunhae Lee and Hyunsoo Cho embroider themselves now?

On the 23rd, SBS 'I want to know' (hereafter 'Gal'), under the subtitle 'Her Last Scenario - Lee Eun-hae and Cho Hyeon-soo, 775 days of pursuit', the murder case in Gapyeong Valley was highlighted.

On April 16, Lee Eun-hae and Jo Hyeon-soo were arrested as suspects in the Gapyeong Valley murder case.

They fled while receiving an investigation into the case that killed Lee Eun-hae's husband, Yoon Sang-yeop, and the police publicly wanted the two.

And after a long run, he was arrested on the 16th.

Lee Eun-hae raised suspicions against her insurance company in 2020, saying that she was not receiving insurance for her husband's death from the broadcaster in 2020.

The production team, who was investigating the case, found it absurd, and raised suspicions that Lee Eun-hae and Jo Hyeon-soo were a planned murder play aimed at Yoon's insurance money.

In response, Eunhae Lee filed a lawsuit against her to ban her broadcast, claiming her innocence.

However, after that, he and his ex-boyfriend Jo Hyun-soo escaped during the prosecution's investigation.

And it has been confirmed that the two people, who were recently arrested in the form of self-defense due to the persuasion of their family, are now complaining of injustice and claiming their innocence.

During the interview process, the reporters revealed that Lee Eun-hae had many helpers.

One of them was Mr. Lee, who went on a trip to the valley with Eun-hae Lee and his party on the day Yoon died.

It turned out that he was also there at the time he attempted to kill with pufferfish poison.

And Lee's acquaintance said, "At first, I thought it was bluffing or bluffing. When I heard the story, I didn't know about the Gapyeong Valley incident."

Then, he said, "The victim's wife bought insurance and systematically scammed the insurance company, and she laughed when she said that she killed her husband."

And Lee turned out to be one of Lee Eun-hae's high school runaways.

In addition, the informant revealed that Eun-hae Lee made a living by meeting conditionally or stealing money after conditional meeting since the days of runaway Pam.

In the past, Lee Eun-hae has met a total of six men, of which three men have been living together at the same time, and some have already married once before marrying Yoon.

At the time of this marriage, it was revealed that Lee Eun-hae was dating two men, including Yoon.

Also, she and Eun-hae Lee disappeared the day after the wedding with her ex-husband.

However, after Yoon married her Lee Eun-hae, she had to live in a semi-basement room in Suwon, not her newlywed house.

And Lee Eun-hae often asked for money from Yoon, and even asked for funds to operate an illegal gambling site.

The expert said, "Using her male weakness to extort her was a way for Eun-hae Lee to live and satisfy her luxury and enjoyment. And as it expanded and developed, her marriage was used as another means."

And during the interview, the reporters confirmed that Lee Ji-hoon, who was dating Lee Eun-hae eight years ago, died of drowning.

It is said that Lee Eun-hae and Lee Eun-hae died while snorkeling while traveling to Pattaya, Thailand.

Lee Ji-hoon's family said, "There are no witnesses or CCTV footage, and there is no evidence of any kind.

Lee Ji-hoon, who swam on a coral island where swimming is prohibited.

In response, the production team went to the Pattaya Police Department, who was in charge of the investigation at the time, and asked about the incident.

Thai police said everything was normal and the cause of death was lack of oxygen due to drowning.

At that time, a local Korean who helped with the accident and the funeral process said, "I was told that I brought travel insurance from the airport." "But at the time of cremation, the average girlfriend would cry or cry, even if not weeping, with great sadness, but I didn't see that. It was strange," said Lee Eun-hae.

The family of Lee Ji-hoon, who died in the accident, received an insurance payment of 30 million won.

And it turned out that the insurance that Lee Ji-hoon signed up for at the time was only for customers who exchanged money.

And I didn't find any difference in the insurance subscription details.

In response, the expert said, "It is highly likely to be an accidental accident. It cannot be concluded that it is a crime." However, it is highly likely that Eun-hae Lee learned through the incident. It was an opportunity to experience and learn a series of systems and mechanisms in the field. It could be,” he analyzed.

It was found that the three life insurance cases in which Mr. Yoon was insured were purchased at the same time.

And the planner who designed this insurance was one of Lee Eun-hae's Runaway Fam members and his ex-boyfriend.

He said, "Suddenly, it was drowning, so I was suspicious. But when I asked on the spot that day, what would you say it was not?" he said.

And it turned out that Lee Eun-hae asked to design an insurance with a large amount of coverage, and also confirmed that the coverage was different according to the age of death.

In addition, the attempted murder cases occurred shortly after unpaid insurance premiums were paid, and the date of the valley murder was found to be 8:00 p.m. on June 30, 2019, four hours before the insurance lapsed.

In the past, it has been confirmed that Lee Eun-hae has also committed travel insurance fraud several times.

After falsely reporting the loss to the local police and submitting the issued certificate to the insurance company to receive the insurance money, the insurance money intercepted with Cho Hyun-soo with her ex-girlfriend reached 8 million won, and they acknowledged travel insurance fraud during the investigation process.

And it turns out that Lee Eun-hae told an acquaintance that it would cost 300 million won to hire a lawyer, and she hid while saving money, and then turned herself in when the money was available.

In the process, it was also revealed that he received help from an acquaintance named Go, and that he was involved in illegal gambling sites.

In addition, it was confirmed that Lee Eun-hae and Jo Hyeon-soo were free to enjoy a vacation or meet friends during the wanted period.

And in the process, she received help from Lee Eun-hae's best friend, Bae.

Bae, who is afraid of being punished for helping Lee Eun-hae escape, said, "I got a call from Eun-hae at the end of January, and she said that everything was resolved and that she was under investigation. There was no contact."

During the interview, the production team found out that Lee Eun-hae and Jo Hyeon-soo were hiding in an officetel near Samsong Station.

This fact was immediately reported to the Kwangsudae.

And that afternoon, the two were arrested and arrested on the 19th.

In response to the news of the arrests of those who took the form of surrender, the expert said, "It should not be regarded as embroidery. The meaning of surrender is that I will admit and reveal my sins on my own, so please follow the criminal procedure. Appearance with a confession is surrender. If it was to take a face-to-face response and clear the frame for fear of being used, it is not embroidery.”