A Turkish restaurant owner's attempt to launch a kebab skewer into space, which agencies say may be the first in history, failed. towards space, and 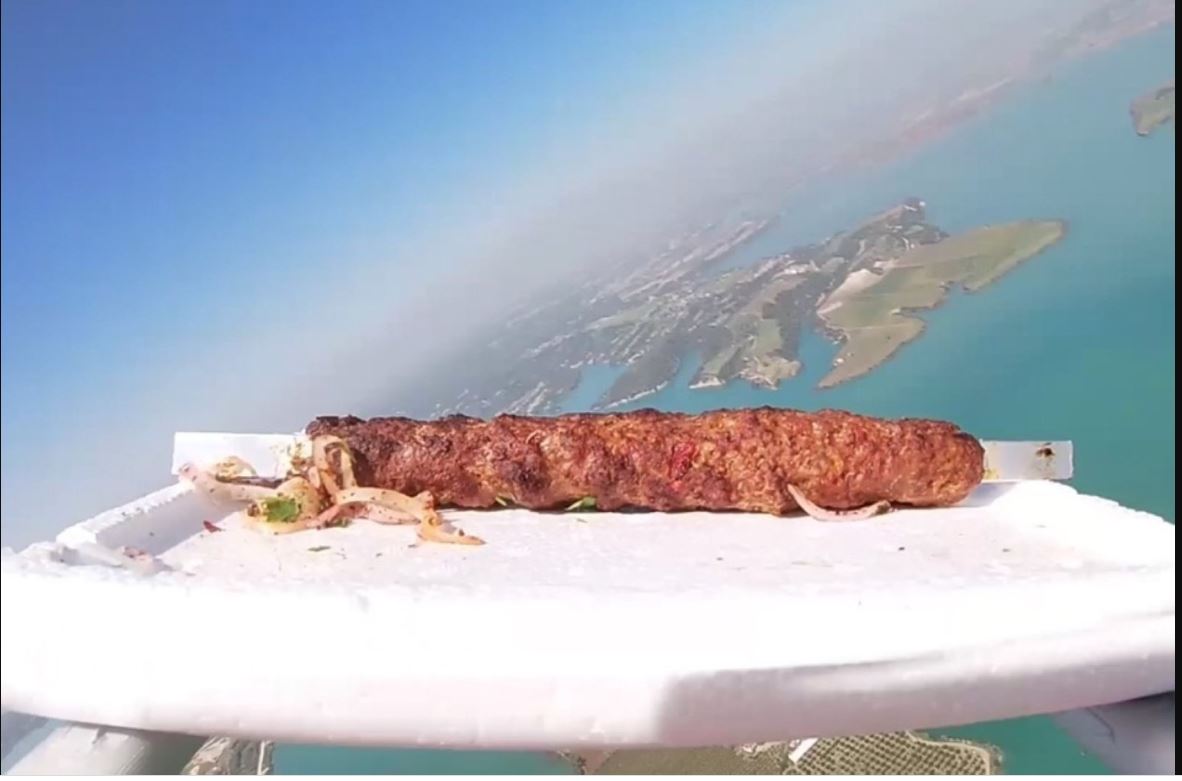 A restaurant owner in Turkey failed to launch a kebab skewer into space, which agencies say may be the first in history.

Last Tuesday, Chef Yasir Aydin, an aerospace engineering student, placed a grilled kebab skewer on a box attached to a helium-filled balloon, and launched it into space, according to the Indian news agency “Asian News International.” The kebab skewer was launched from the Turkish province of Adana.

The box for “space kebabs” was specially made for the exceptional flight, and the plate on which the food was placed was installed in its place, and even protected it from extreme temperatures, and the box was also equipped with a camera and a tracking device.

And the Turkish news agency "DHA" reported that the helium balloon exploded after reaching a height of 38 kilometers, and then the kebab fell 121 kilometers from its launch site into the sea.

After the kebab skewer returned from his space flight, the owner of the Turkish restaurant joked, in statements to the Turkish newspaper, Daily Sabah: “I think aliens do not like kebabs. I brought it back because it had a lot of pepper. Next time I will send a plate with less pepper.” .

A kebab enthusiast in Turkey celebrated the 61st anniversary of the first human spaceflight by attempting to send a kebab attached to a balloon to space pic.twitter.com/UbeJCqzEuo