How to choose HPV vaccine and how to prevent cervical cancer? Authoritative Expert Popular Science

China News Service Client, Beijing, April 20 (Reporter Wu Tao) Many people have changed their minds about cervical cancer, how to fight HPV bivalent, quadrivalent, and ninevalent vaccines, and more about how to prevent and screen. It's foggy.   April 15-21 is the 28th National Cancer Prevention Awareness Week in China. The "Medical Line Observation" column of Chinanews.com invited Tan Xianjie, 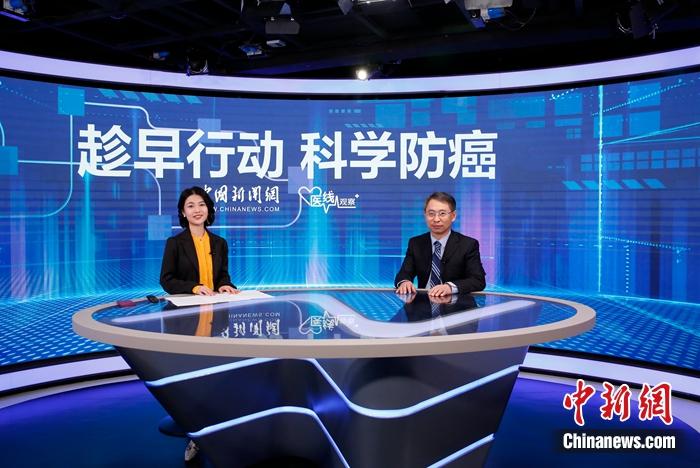 China News Service Client, Beijing, April 20 (Reporter Wu Tao) Many people have changed their minds about cervical cancer, how to fight HPV bivalent, quadrivalent, and ninevalent vaccines, and more about how to prevent and screen. It's foggy.

The "Medical Line Observation" column of Chinanews.com invited Tan Xianjie, chief physician of the Department of Obstetrics and Gynecology of Peking Union Medical College Hospital, to interpret the topic of cervical cancer prevention and treatment.

As the malignant tumor of the reproductive system with the highest incidence rate among Chinese women, who are the high-risk groups of cervical cancer?

Tan Xianjie, chief physician of the Department of Obstetrics and Gynecology of Peking Union Medical College Hospital, said in a video interview with Chinanews.com that for women, 40 to 49 years old and 60 to 69 years old are two relatively high age groups.

Tan Xianjie, chief physician of the Department of Obstetrics and Gynecology of Peking Union Medical College Hospital, gave a video interview with Chinanews.com.

On the right is Tan Xianjie.

"We are very clear that the culprit of cervical cancer is the high-risk type of human papillomavirus." Tan Xianjie said, in addition to cervical cancer, there are two types of accomplices: one is to increase the chance of women being exposed to HPV infection, such as the early years. Sexual behavior, more sexual partners, etc.; second, behaviors that reduce the body's immune function, such as smoking, alcoholism, drug use, staying up late, etc.

Tan Xianjie introduced that in fact, it is a very common thing for women to be infected with HPV. Statistics show that the probability of HPV infection in women's lifetime is 80%.

Tan Xianjie said that HPV is not a widespread virus. There are about 200 kinds of HPV. Now there are 14 types of HPV that can cause cervical cancer.

"But there are two of the 14 viruses, HPV16 and HPV18, to be especially careful because 70% of cervical cancers are caused by these two viruses, which I call the 'fighters' of the rooster. "Tan Xianjie said.

Don't be careless, don't be afraid of being recruited by HPV

"Pre-cervical cancer basically has no obvious characteristics, so it is also called the 'silent killer'." Tan Xianjie said that cervical cancer has no symptoms in the early stage, so early prevention and treatment are the key, and early screening and early treatment must be carried out. 45-year-old women are better off getting effective screening."

Tan Xianjie said that a feature of cervical cancer is contact bleeding, that is, the bleeding that occurs after a woman's cervix is ​​touched.

There are generally two cases, one is during intercourse; the other is when the cervix is ​​touched during gynecological examination and the cervix will bleed.

Tan Xianjie said that the second symptom of cervical cancer is more typical, that is, the change of vaginal secretions, which becomes particularly strong.

"At this time, cervical cancer is relatively advanced, and generally speaking, it is difficult to treat by this time."

It is worth noting that people currently have many misunderstandings about HPV infection. Does HPV infection and abnormal HPV indicators mean cervical cancer?

Tan Xianjie said that HPV infection is just an infection. It will take a long time and many steps to develop into cancer before it develops into cancerous lesions.

"At a certain stage between HPV infection and cervical cancer, it is discovered and intervened. If it is prevented, it will be difficult to develop into advanced cervical cancer." Tan Xianjie said.

According to reports, more than 80% of HPV-infected patients will be naturally cleared by their own immune system within 8 to 12 months, just like "a cold in the cervix".

How is the HPV vaccine administered?

Men need it too?

At present, the common HPV vaccines are bivalent, quadrivalent, and ninevalent. For women, how to choose?

Tan Xianjie said that this "price" represents the type of virus that the vaccine can prevent or fight against.

The enemies of the three vaccines are HPV16 and HPV18. The quadrivalent can also fight against HPV6 and HPV11. On the basis of the nine-valent, several viruses such as HPV31, HPV33, HPV45, and HPV52 are added.

"Currently, women between the ages of 9 and 45 can receive bivalent and quadrivalent vaccines. The age limit for the nine-valent vaccine is relatively small, ranging from 16 to 26 years old."

"Actually, our suggestion is, don't care which price you choose, as long as you can get it, you can get two for two, four for four, and nine for nine."

The HPV vaccine for women can effectively prevent cervical cancer.

So, can men get the HPV vaccine?

HPV vaccination in men reduces the chance of infection in women.

In some countries, men can also fight, but at present our country is still close to the people who need it the most - women.