International press review - In the spotlight: the battle for Donbass has begun in Ukraine

International press review Headline: The Battle of Donbass has begun in Ukraine Audio 05:05 Tanks of the Ukrainian Armed Forces on a street in a village in the Donetsk region, April 18, 2022. © REUTERS / SERHII NUZHNENKO By: Véronique Rigolet Follow 4 mins Advertisement A rain of bombs, dozens of Russian strikes last night on the Donbass. "  The Kremlin begins the battle for eastern Ukraine 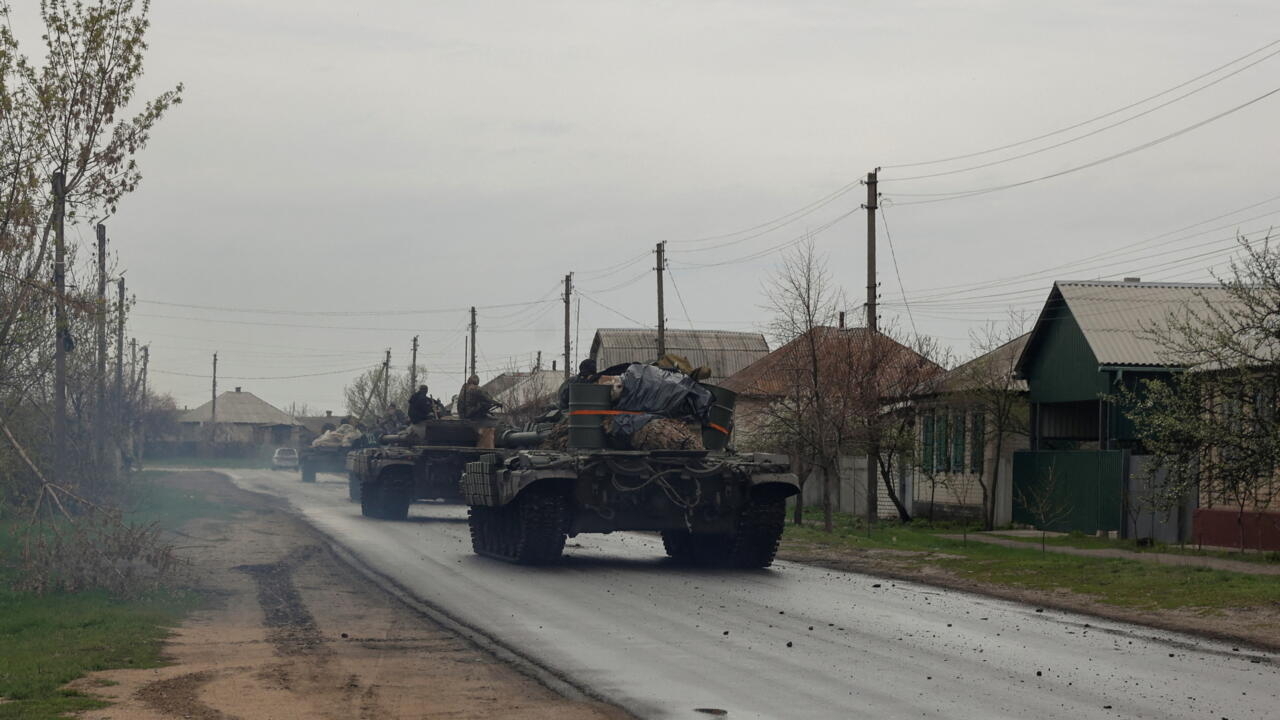 Headline: The Battle of Donbass has begun in Ukraine

Tanks of the Ukrainian Armed Forces on a street in a village in the Donetsk region, April 18, 2022. © REUTERS / SERHII NUZHNENKO

A rain of bombs, dozens of Russian strikes last night on the Donbass.

The Kremlin begins the battle for eastern Ukraine

" has begun, also underlines the

” by Russian forces in the Donbass.

Perhaps a turning point in the war

if he manages to take control of the region, Vladimir Putin could thus claim a semblance of victory

», 3 weeks after its failure to take the capital kyiv in the north of the country.

” would be engaged in this conquest of the east, reports for its part the

This new phase of the war promises to be brutal

” about this new phase of the Russian invasion.

The sinking of the

could have caused dozens of victims

The sinking of the warship causes tensions in the country

where the anger of the families who report the death or the disappearance of sailors is rumbling, while the Ministry of Defense says that all the crew was evacuated

”, underlines for its part the

, which points out that "

the authorities' efforts to suppress all information

" are now arousing comparisons with another tragedy, “

that of the Kursk submarine

a serious blow to the prestige of young President Putin

, which reports that the Russians "

have broadcast on television the appeals of the two Britons captured in Ukraine, Shaun Pinner and Aiden Aslin

Boris Johnson to release them in exchange for Medvedchuk.

The Ukrainian oligarch, Putin's ally, whose Ukrainians also released a video asking to be exchanged

this increases the pressure on Boris Johnson

He will have to negotiate with Vladimir Putin

Boris Johnson risks being forced into "

a walk of shame

" in Parliament, explains the

, while the Prime Minister must address MPs "

", underlines for his part the

for a no-confidence motion would almost certainly fail ”, the

, some conservatives could support it if “

” against the Prime Minister.

”, comments on his side the