Mechanic finds millions in treasure inside a trash can

An American mechanic found a precious treasure worth millions of dollars, inside a garbage container in an abandoned barn in Waterbury, Connecticut, USA. 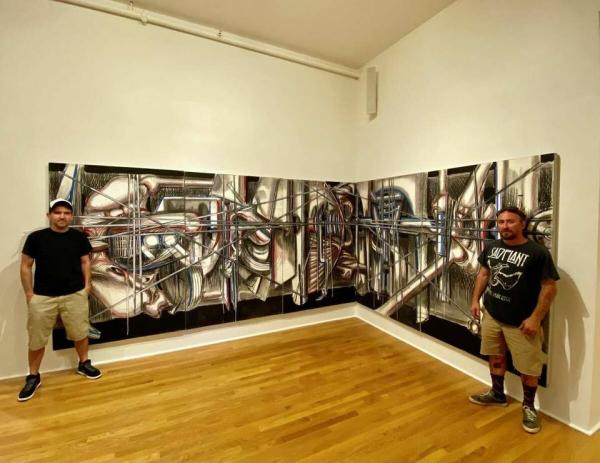 Mechanic finds millions in treasure inside a trash can

An American mechanic has found a valuable treasure worth millions of dollars, inside a garbage container in an abandoned barn in Waterbury, Connecticut, USA.

The American mechanic found paintings and artwork buried under the dirt in an abandoned barn, which later turned out to be the collection of works by the late artist Francis Haynes.

Jared Whipple, an auto mechanic in Waterbury, Connecticut, was given notice by a contractor to take back parts covered in dirt since 2017, from a trash can containing materials from a Watertown barn.

Hearst Connecticut media group reported that Whipple later discovered that these paintings and works were by Francis Haynes, an abstract expressionist painter who died in 2016 at the age of 96 and kept his works stored in the barn.

His paintings and artwork have been compared to the art of Christo and Jean-Claude, who were famous for their artwork packaging throughout Europe, including the Arc de Triomphe in Paris.

In this context, art coordinator and historian Peter Hastings Falk told the Hearst Connecticut media group that Heinz has enveloped more than a dozen buildings in New York, including the Washington Square Arch monument and JFK Airport.

Currently, Whipple is collaborating with the Hollis Taggart Gallery in New York City, to organize exhibitions in New York and Connecticut starting next month.

Since the treasure was found, Whipple has researched Heinz's work and contacted the late artist's family, who he said allowed him to keep and sell the artwork.

"I pulled her out of that trash can, I fell in love with her, I hooked up with her, and I want Heinz to enter the history books," Whipple told the news site.