Unlike “Netflix” and its strenuous attempts to win an “Oscar” in the past seven years (it won “Rome” only in 2018 in the category of best non-American film), and unlike Amazon’s successful television studios only, “Apple” - the technology pioneer and owner of the “iPhone” and Mac computers - the distribution company launched Av 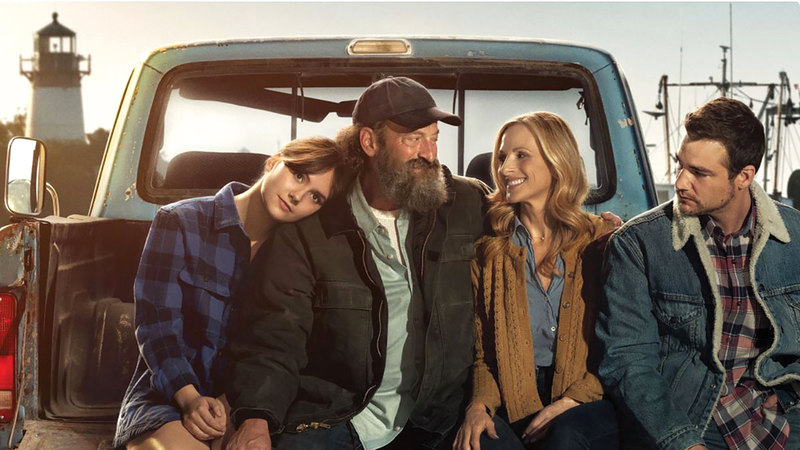 It won the Oscar for Best Picture

Unlike “Netflix” and its strenuous attempts to win an “Oscar” in the past seven years (it won “Rome” only in 2018 in the category of best non-American film), and unlike Amazon’s successful television studios only, “Apple” - the technology pioneer and owner of the “iPhone” And Mac computers - a movie distribution company launched in 2019 under the name “Apple Plus”.

"Apple" bought "Coda", and the film won the Oscar for best picture of 2021, and no one expected to win it because of its very ordinary story compared to giant films that compete with it.

But he won for two reasons: Oscar members did not agree that The Power of the Dog deserved to win, because it is a work that causes sharp divisions on its subject, unlike "Coda", which is popular with audiences, and historically, the popular movie can win the award without it technical standards.

The second reason is Apple's marketing method for the film, which is renting halls and showing it for free, and thus it has become the talk of the people.

But despite the fact that “Apple” entered the history of cinema from its widest doors, as the first technology company in history to win the “Oscar” for the best picture, the fans forgot this fact, because of the slap of Will Smith that shook the face of Chris Rock at the “Oscar”.

When Apple bought the rights to CODA at the Sundance Film Festival in January 2021, it paid $25 million, which is more than all of the festival's sales since its inception!

Koda is the English initial for children of deaf parents.

“Coda” is a light, funny and clever film - to some extent - but it does not come with anything new, and it is easy to know what will happen in the end once you know the ambition of Ruby, the classic teenage we see in all teenage films, as if director Shan Heeder wrote her character from a book called “How You create a teenage character in a movie.”

Smart, playful, shy and likable, Ruby lives in a small coastal town in Massachusetts, so the city's economy depends on fishing.

Every morning and before sunrise, Ruby joins her father and brother to share their daily hunt, and then goes to her school, where she is mocked by "mean girls", as happens in the 2004 film with the same title written in parentheses.

Ruby's family relies on her to translate her speech to the outside world, which has the sense of hearing and vice versa.

The family is shocked when Ruby tells them she'll be joining the school choir, led by music teacher Roberto Villalobos (Eugenio Derbez), as if he were a character borrowed from the 1995 movie Mr. Ops.

A music teacher is passionate about his work, and does not waste time with an uninterested student, and if he tells a student that he has a future in singing, the man is right and sees talent that the average person does not see.

Professor Roberto informs Ruby of the need to apply for a scholarship at Berklee College of Music.

Frank and Leo feel that Ruby is abandoning them, but the mother is the most upset about this decision, and says to her daughter: If I were blind, would you want to paint?

Will Ruby postpone her dreams for the sake of her family that needs them?

In a movie like this, every viewer knows the answer from the first quarter of an hour.

There's a romance between Ruby and handsome young Miles (Ferdia Walsh Bellow), but the main story is about a family who uses sign language (the American version of that language), and the film doesn't portray them as strange or abnormal, but rather like any family.

"Coda" is an American quote from the French film La Famille Bélier released in 2014, and the difference between them is in some aspects, most notably that the representatives of the American version are actually deaf.

The Coda complex revolves around the controversy arising from Ruby's passion for singing, meaning the idea itself combines two opposites: a singer who grew up in a deaf family.

There are many inconsistencies in the story, and the tone is about to clash as the film progresses, but Sheen wrote the script in a way that avoids contradictions, by blending ideas from Leave No Trace in 2018 and Running on Empty by Sidney Lumet in 1988, with the spices of the late John Hughes, the pioneer of teen films in the eighties.

With this combination, Heder overcomes the contradictions of the text and adds warmth to her story.

"Coda" is a satisfying movie for fans, especially girls.

In the climax scene - the Robbie School Concert - Heder carefully leads her film, it's crowd-satisfying, and the audiences here are two groups, the film's characters present in the school's theater and the spectators.

Heder confuses fans when she makes the scene for the first time from the point of view of the Ruby family members, after it was from the heroine's point of view throughout the previous scenes.

We see the father talking to the mother in sign language on a topic unrelated to the lyric.

Then he turns around and sees his fellow fathers and mothers enjoying the song, wiping away their tears, while he is deprived in a silent world.

After this scene that was supposed to be happy, but Heder deliberately made it gloomy comes a moment of relief.

At the end of the party, music professor Villalobos meets Robbie's parents, and tries to say hello in American Sign Language, which he learned from YouTube.

That's what Heider did in the movie.

What does the director want?

The realism of Koda cannot be judged, because director Chan Heder doesn't want it, and if she wanted realism, she would have made a bleak movie, like the 2020 Sound of Metal, which we wrote about here in January 2021. What Heder wants is a happy film with a conservative performance. From Ruby, and a clown with limits from the rest of the family, especially her father.

• Fans forgot about Apple's achievement because of Will Smith's slap in the face of Chris Rock at the Oscars.

• “Coda” is a light, funny and smart movie, but it does not bring anything new, and it is easy to know what will happen in the end once you know Ruby's ambitions.