New variants: XE and deltacron, the Covid reinvents itself

After more than two years of pandemic, each new viral actor in the pandemic suggests a change. And it is not always so. Even more so when at present the rate of natural immunity,... 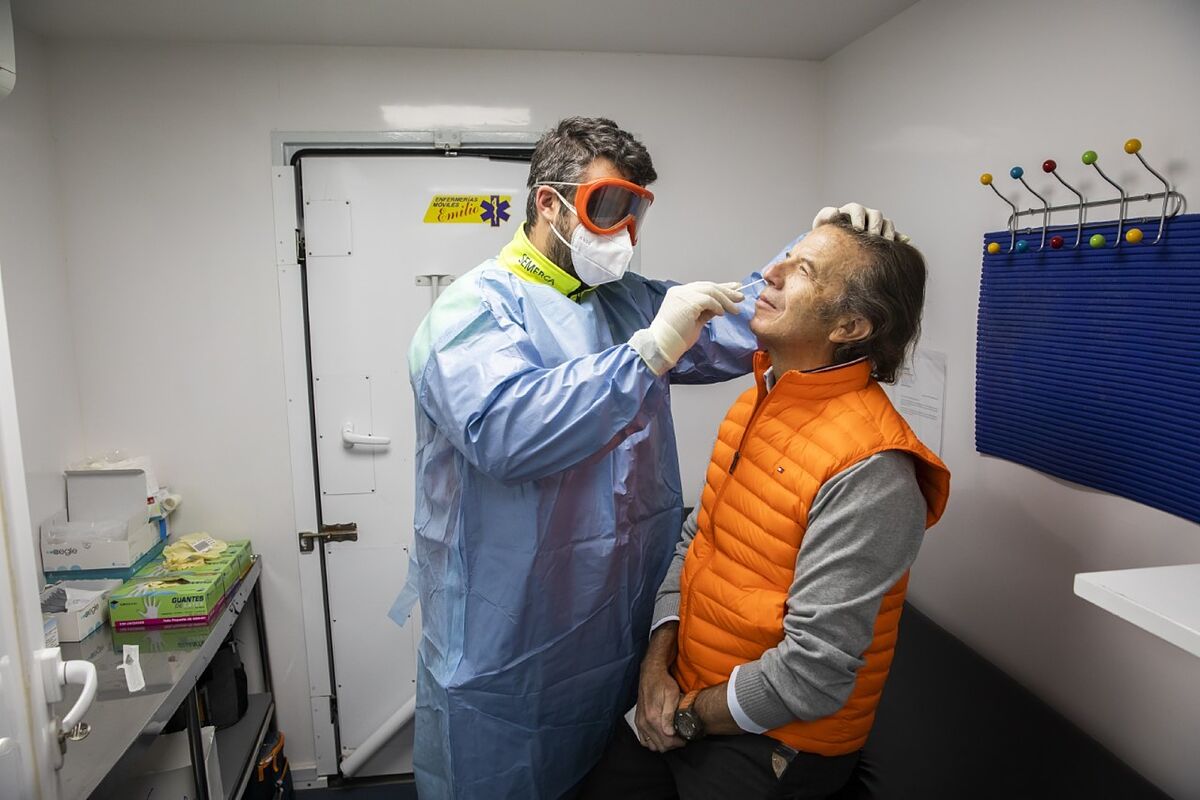 After more than two years of pandemic, each new viral actor in the pandemic suggests a change.

And it is not always so.

Even more so when at present

," explains Cristian Smerdou, principal investigator for the Development of new Gene Therapy vectors at the Research Center Applied Medicine (CIMA) and we have on stage the protection granted by vaccines and their reinforcements.

As explained According to Fernando González Candelas, from the Mixed Infection and Public Health Unit of the Foundation for the Promotion of Health and Biomedical Research of the Valencian Community (Fisabio) and the University of Valencia, it is one more mechanism by which it is generated variability.

The WHO only recognizes the XD recombinant variant as a variant under surveillance [VUM, not the

a variant with part delta and part omicron

Covid cases continue to rise in different regions of the planet: COVID-19 cases in Europe, the United States and East Asia due to silent omicron or BA.2 From the WHO, Maria Van Kerkhove, its chief epidemiologist, has insisted on several times to "

keep surveillance systems on alert for this new combination

In the scientific literature they have already baptized it as 'deltacron', as stated in an article published in The British Medical Journal.

How does deltacron recombination occur?

Thus, González Candelas tells the details of how this occurs: "Specifically,

the S protein (spicule or spike) is of the omicron type (BA.1) and the rest of the genome corresponds to delta

Fisabio's spokesman emphasizes that "the category of VOC or VOI (variant of interest and variant of concern, respectively) has not been assigned to this variant, since both delta and omicron are already so designated."

And he continues explaining that there is "another recombinant variant, corresponding to

which has been detected in the United Kingdom and other countries and seems to be associated with a slightly higher transmissibility than the genomes that are combined in it, both omicron,

At the moment, the WHO does not consider it a variant that needs surveillance, although it is for

due to the greater transmissibility detected in that country."

Experts call for calm and state that it is one more mechanism of the virus.

"It should not scare us. It has been happening throughout the pandemic and will continue to happen

. The phenomenon occurs when two variants of the virus infect the same individual. Therefore, the first condition is that these two variants have to 'find' in space and time", explains Iñaki Comas, a researcher at the Valencia Institute of Biomedicine of the CSIC.

, such as SARS-CoV-2, although it often goes unnoticed because it does not generate variants other than the parents".

In addition, if we look at the case of SARS-CoV-2 "

have coincided in time and space , different enough

to see that a part of the genome resembles one and the other part resembles the other variant" comments Fisabio's spokesperson.

This has happened previously, already with Alpha some recombinant variant was detected, but it had no epidemiological significance.

that a person will be infected with two variants at the same time."

If this happens, the resulting variant "combines" genetic material from both "and

if it is successful and manages to be transmitted efficiently, it becomes a new variant in circulation

But this is now also possible "because, and because of what now seems more common to us, the detection of recombinant forms is easier the more different some variants are from others.

At the beginning of the pandemic, the variants hardly differed in one or a few few mutations, so it was impossible to distinguish recombinant forms

At this time in which such different variants coexist, such as omicron (BA1, BA2) and delta, "it is easier to find them," adds Fisabio's spokesman.

From the Valencian institute of the CSIC, Comas points out that

"in reality they do not have to change the course and control of the pandemic.

They have to be treated and investigated in the same way as non-recombinant ones. In that sense, the response to ómicron has been a good instruction manual that we must now follow".

As the spokesperson for the CSIC institute explains, a series of actions must be taken into account:

1. Study whether these recombinant forms have an advantage in transmissibility over the dominant variants.

2. If this possible success is reproduced in several countries (indicating an intrinsic property of the variant) or if it is a phenomenon that may be related to more local epidemiology.

3. Observe the impact in the laboratory of the mutations that lead to the response by antibodies and the cell.

4. Analyze a possible association with severity.

5. Measure its impact in the real world with the protection that comes from vaccinations, primary vaccination and boosters.

For González Candelas, in the current situation, given the different mutations present in the

"more interest is being followed in case the new combinations of mutations resulting from recombination had more important combined effects than separately, as they could increase transmissibility, decrease vaccine efficacy or result in failures in PCR diagnoses or make some treatments based on monoclonal antibodies ineffective".

, but it is not clear if this is due to a local phenomenon in the UK or because of the variant itself.

Hopefully the vaccine protection will hold up from what we see with BA.2 and BA.1

The three experts conclude that

"and continue working on the integration with the clinical, epidemiological and vaccination information of the cases to establish their risk as soon as possible," emphasizes Comas. .

At the moment, as the CIMA spokesperson argues, "

. On the one hand, due to the barrier effect of the vaccines and, on the other, because many people have already been exposed in previous waves. to these variants against which he must have acquired the corresponding immunity".

Possible scenarios with new recombinations of the coronavirus?

González Candelas points out that "we still do not have sufficient capacity or knowledge to be able to accurately predict how a new variant will behave, either by recombination or by some other of the aforementioned mechanisms."

If a new variant happens to spread through the population, "we can be almost sure that it will because it is more transmissible, but there are several ways to achieve greater transmissibility by the virus."

It may be more efficient in "

penetration of cells, or broaden the range of those it can infect, or reduce the reproductive cycle within it

We have already seen this with previous variants.

But it could also increase its transmissibility if it really causes what experts call "vaccine failure", that is, that "

. If this were to happen, which is very difficult but I don't think we can say that it is impossible, we could have to speed up the administration of booster doses based on the new variant, for example, and in the meantime we would have an increase in serious cases, with the consequences that we already know this produces" emphasizes González Candelas .