A new look, embodied by Kuwaiti star Hoda Hussein, on the Ramadan screen this year, from the window of her latest drama “From Haram Street to...”, about the story of Kuwaiti writer Heba Mishari Hamada, who meets for the second time in a row with star Huda Hussein, after Previous collaboration in the series 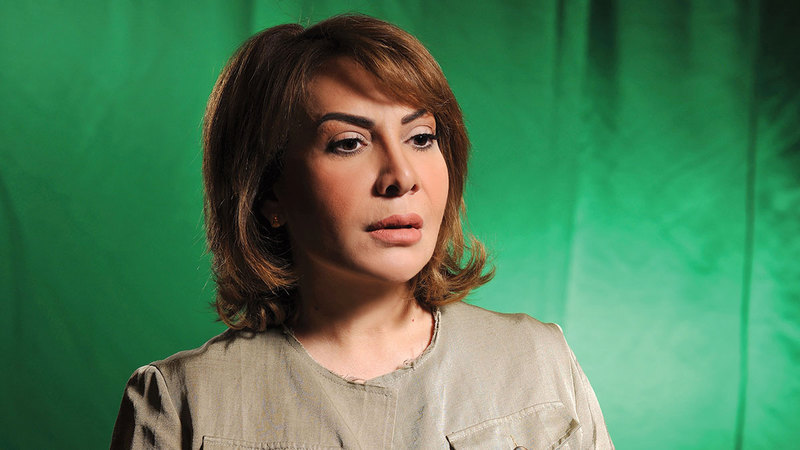 She appears in the Ramadan series with a complex role. Details

A new look, embodied by Kuwaiti star Hoda Hussein, on the Ramadan screen this year, from the window of her latest drama “From Haram Street to...”, about the story of Kuwaiti writer Heba Mishari Hamada, who meets for the second time in a row with star Huda Hussein, after A previous collaboration in the series “Omaima in the Orphanage” in 2010, and a first meeting with the Syrian Muthanna Sobh, in his first directing experiences in the field of Gulf drama, after the series “Haret Al-Sheikh” and the series “Al-Asouf” in its three parts.

In her new work “From El Haram Street to...”, which is classified as a family social drama, Hoda Hussein, as her audience knew her, embarked on a bold personal experience, complex in details, complex lines, through which “Abla”, a successful doctor and mother lives In her extended family, she controls a series of psychological fluctuations and emotional crises, which are exacerbated by the fierce winds of her life, full of “unpleasant” surprises, fierceness and entanglement.

On the other hand, the new work, since its first episodes, reveals, through its various events and personalities, a package of complex social issues, which are reviewed with the same bold, and sometimes shocking, whether by discussing some of the societal legacies in the face of modernity, or marital infidelity. The concepts of guardianship or even the agendas of the merchant inside the doctor’s clinic, and other current issues of concern to the Gulf society, were all raised in a family framework with complex topics, based on a contemporary vision and multiple elements of attraction that seem to have opened criticism and waves of anger, and prompted many media agencies , whether in Kuwait or Egypt, to the demand to stop the work, claiming that it does not reflect the reality of Kuwaiti society and its “indecent” characters, the most important of which is the character of the Egyptian dancer residing in Kuwait, Nour Al-Ghandour.

Despite the many dramatic pitfalls in which the work fell, his star Hoda Hussein is credited with her boldness in adopting this type of controversial work, and her ability to adapt her various expressive tools to draw the features of her new personality, as well as her clear comic sense that was evident in many of the joints of her dialogues with her children and with a companion Her shrewd Indian trainer and housekeeper, who brought her together with fun scenes that are not without comedy, at a time when many dramatic threads and hidden secrets began in the life of the doctor, mother and grandmother, and directly related to the dancer's personality, what seems to threaten the destruction of her family kingdom, and thus her authority. Divorced within the extended family.

On the other hand, the presence of a group of Kuwaiti and Gulf screen stars, such as Khaled Al-Buraiki, Nour Al-Ghandour, Laila Abdullah, Maram, Ahmed Iraj, Abdulmohsen Al-Qaffas, Lulwa Al-Mulla, Farah Al-Sarraf, Muhammad Al-Ramadan, Khaled Al-Shaer, Nasser Al-Dosari, and others, reinforced the experience of Huda Hussein. Within the work, through the clear harmony between them, and the smoothness in the performance of various situations, thus enhancing the credibility of a number of difficult scenes, and highlighting the craftsmanship of their owners.

Hoda Hussein is one of the most prominent television faces whose appearances have been associated with the holy month in Gulf drama, as the audience followed her in series such as: Basma Manal, Teach Me How to Forget You, Al-Dakhila, Omaima in the Orphanage, Silver Her Heart is White, Second Life, “Iqbal the Day I Came.” "Perfume of the Soul", "Blocks in the Mud", "Far Wishes", "Passion", "The Lone Survivor", and other series, in addition to her participation in many operettas and theatrical and lyrical works in which the artist achieved high viewing rates, and numbers An exceptional follow-up, to date, her artistic balance exceeds nearly 70 television works, 51 plays, and 14 radio works.

• Since its first episodes, the series reveals a set of issues that are reviewed with the same boldness, and perhaps shocking at times.

• Work issues opened criticism and anger waves, and prompted parties in Kuwait and Egypt to demand that the series be stopped.