7 billion neighbors - In Afghanistan, what resistance for women?

Since August 15, 2021 and the fall of Kabul, Afghanistan has fallen back into the hands of the Taliban regime. A return after 20 years of war and attempts to rebuild the Afghan state. 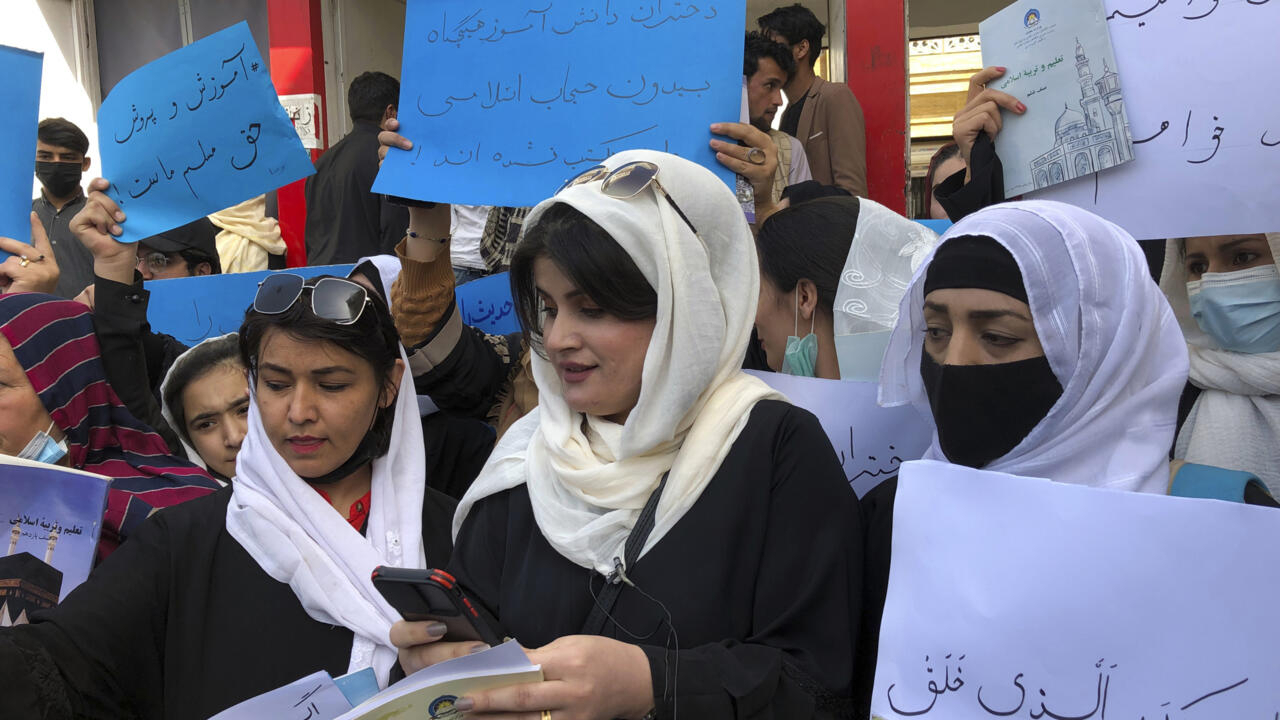 In Afghanistan, what resistance for women?

Since August 15, 2021 and the fall of Kabul, Afghanistan has fallen back into the hands of the Taliban regime.

A return after 20 years of war and attempts to rebuild the Afghan state.

If the Taliban in 2021 have tried to give a reassuring image to the population and the international community, the multiplication of authoritarian measures is undermining their attempts.

Women seem to be the priority target of the doctrine of the new regime.

Excluded from certain jobs, from school, deprived of certain activities such as sports or public baths, traveling alone more than 72 km prohibited, repressed demonstrations... The Taliban are gradually erasing women and girls from the 'public space.

Discrimination and violence against women who become institutionalized.

How do these women who had gradually regained rights experience this return to cloistered life?

What is their daily life like in a country plagued by economic crisis and famine?

How is the resistance organised?

The woman who woke up: an Afghan story

Correspondent for various media, she has been producing reports and documentaries on Afghanistan for more than 10 years.

, which broadcasts programs for women in Afghanistan, and of

We will hear the testimony of Azita, journalist and women's rights activist, a refugee in Pakistan for a month and a half.

She fled Afghanistan with her husband, also a journalist, and her three daughters aged 5 to 12.

Azita took part in many demonstrations until one day her life was in danger.

She fled and hopes to obtain asylum in France.

met him in the room where she lives in Islamabad with her family.

Azita shows him at the beginning of their interview a video of a demonstration for women's rights and the right to education for girls.

The testimony of Azita, an Afghan refugee in Pakistan, collected by Sonia Ghezali

To hear also, the testimonies of Beheshta Shahine, activist for women's rights and that of a young schoolgirl in third class and deprived of school since the return of the Taliban regime.

Both still live in Kabul.

They speak at the microphone of

as part of the

project , a space for Afghans to express themselves on RFI's Persian site.

The testimony of Beheshta Shahine, women's rights activists in Kabul

Farkhunda Naderi: “Afghan women must be at the forefront of building the country”

Shoukria Haïdar: "The majority of Afghan women receive blows but they defend their rights"